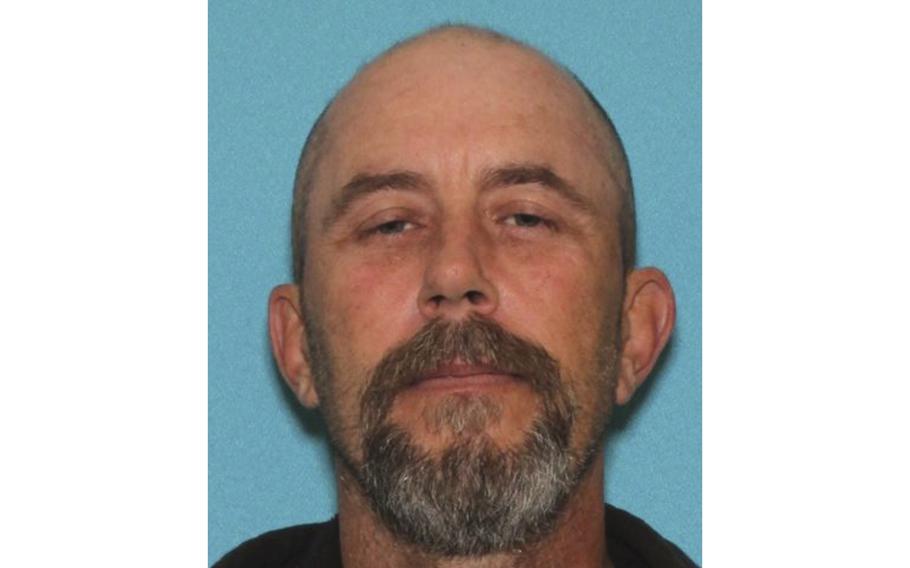 WASHINGTON — A man who prompted an evacuation Thursday of the U.S. Capitol and surrounding buildings by claiming to have a bomb inside his truck faces charges of threatening to use explosives and a weapon of mass destruction.

Floyd Ray Roseberry of North Carolina surrendered to authorities Thursday about five hours after he drove a truck onto the sidewalk outside the Library of Congress and launched a standoff with law enforcement officers, police said. He had demanded to speak to President Joe Biden about a range of grievances against the Democratic Party and claimed that if he was shot, his vehicle and four others would explode.

According to court documents, a relative of Roseberry’s reported to local law enforcement on Wednesday that he “had recently expressed anti-government views and an intent to travel to Virginia or Washington, D.C. to conduct acts of violence.”

Officials said they found no bomb in his car, but there were materials that could be used to make explosives.

In a court appearance Friday when the charges were made public, Roseberry said he went to school through the eighth grade before going to work but eventually returned and got his GED and a welding license. He also said he hadn’t taken his “mind medicine” for at least two days.

“My memory isn’t that well, sir,” he told U.S. Magistrate Judge Zia Faruqui. He said his wife has power of attorney over his medical care.

Faruqui said he would delay any substantive decisions until the medication was provided but told Roseberry he faces up to life in prison.

“I can tell you’re a good man,” Roseberry responded. “I’m willing to do whatever you ask.”

Faruqui ordered a competency screening for Roseberry at the request of the government, which also asked for him to remain jailed. Authorities said Roseberry was 49, but in court he said he was 51.

A federal public defender representing Roseberry declined to comment after the hearing.

Before he was taken into custody, Roseberry delivered a tirade over a Facebook Live video that circulated widely before the website and other social media platforms took it down. In the video, he repeated the false claim that the election was stolen from former President Donald Trump and called on Democrats to resign.

He also threw what he said was $3,000 in cash out of the windows of his truck.

Roseberry’s ex-wife, Crystal Roseberry, said he has had a history of mental instability and had a volatile temper during their decade-long marriage.

Roseberry’s father, Floyd Roseberry, said his son had experienced mental problems in the past and, at times, threatened violence. He said he thought his son had “gotten on his feet” in recent years, running an auto repair business and a mobile home park and had become more religious under the influence of his new wife.

Bishop Brady Jackson, who leads a church in Roseberry’s North Carolina community, said he was never a member and his wife stopped attending. “They’re both pretty good people,” Jackson said. “I never would have thought he would have done that.”

Roseberry’s threat came four months after a Capitol Police officer was killed by a man who rammed his car into the barriers around the U.S. Capitol grounds and seven months after a violent, pro-Trump mob overran law enforcement and took over the building.

Roseberry had been distraught over his mother’s death a few years ago, said Brenda and Charles Humphries, his aunt and uncle. But nothing seemed amiss when the couple last saw Roseberry about a month ago, they said.

Brenda Humphries they learned about the incident in Washington from a friend.

“Oh, my lord,” she said. “I don’t know what happened. Something must have happened to Ray.”

Roseberry’s son’s fiancee, Courtney Foster, said Roseberry would tell everybody how much he agreed with Trump and “the way that he spoke the truth to the people,” but she was not aware of him attending any political events in D.C.

Roseberry also does not “believe in” watching TV and would get his news on his phone, Foster said. She wasn’t sure what sources he relied on, she said, but he came away with a dislike for Biden and refused to get vaccinated against the coronavirus.

“He’s very big in politics and he’s very big in, you know, the way that things are right now. He keeps up with it,” Foster said. “And this is just a result of it.”

The Washington Post’s Ellie Silverman and Pam Kelley contributed to this report.