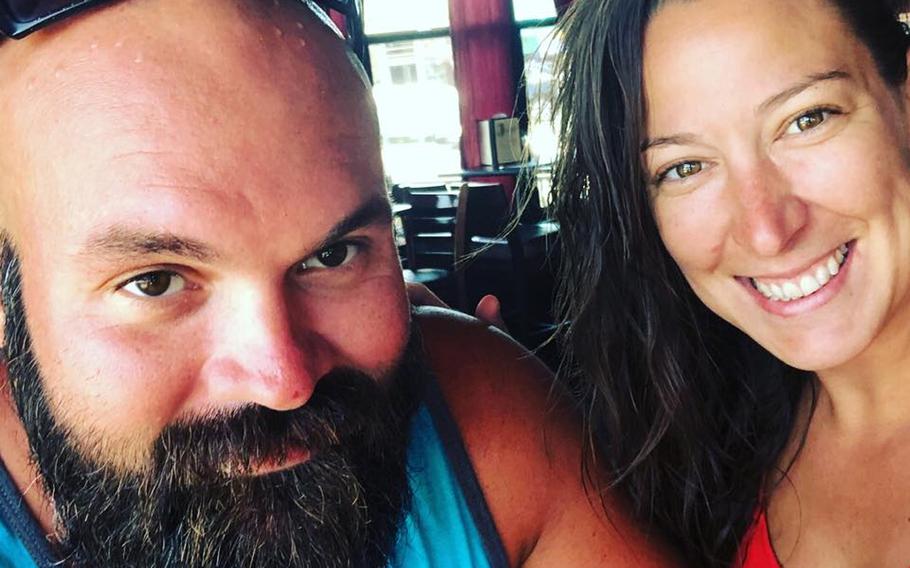 Ashli Babbitt, at right in a 2018 photo from social media, was identified by a San Diego TV station as the woman shot and killed in the Capitol Building in Washington, D.C., on Jan. 6, 2020. (Facebook)

Citing a police memo, NBC News reports that the unidentified officer was fully exonerated by an internal investigation, months after the Justice Department said in April it would not press charges.

Video shows Babbitt, wearing a Donald Trump flag as a cape, attempting to crash through the broken window of a door where elected officials were being led away from a far right mob attempting to stop the certification of the 2020 election.

“As members of the mob continued to strike the glass doors, Ms. Babbitt attempted to climb through one of the doors where glass was broken out,” the DOJ reported. “An officer inside the Speaker’s Lobby fired one round from his service pistol, striking Ms. Babbitt in the left shoulder, causing her to fall back from the doorway and onto the floor.”

Thousands of protesters had gathered on Capitol Hill, many calling for the capture or execution of Vice President Mike Pence, whom they thought could stop Joe Biden from becoming the 46th president.

Babbitt had become a supporter of the QAnon movement that believes Trump will be reinstated as president, despite having lost the election by more than 7 million votes. The uprising at the Capitol began with a “Stop the Steal” rally, where Trump further pushed false claims of election fraud.

Babbitt’s death has become a rallying cry for right-wing activists who have come to see her as a martyr and demand the name of the officer responsible for shooting her. Trump, who campaigned as a “law and order” candidate, indicated last month that officer should be singled out.

“Who shot Ashli Babbitt?” Trump asked. “People want to know and why.”

The 35-year-old San Diego woman’s husband filed a lawsuit requesting the identity of the cop who killed Babbitt. An attorney representing the officer called his client’s actions “nothing short of heroic.”

Arizona Republican Rep. Paul Gosar has referred to the shooting as an execution.