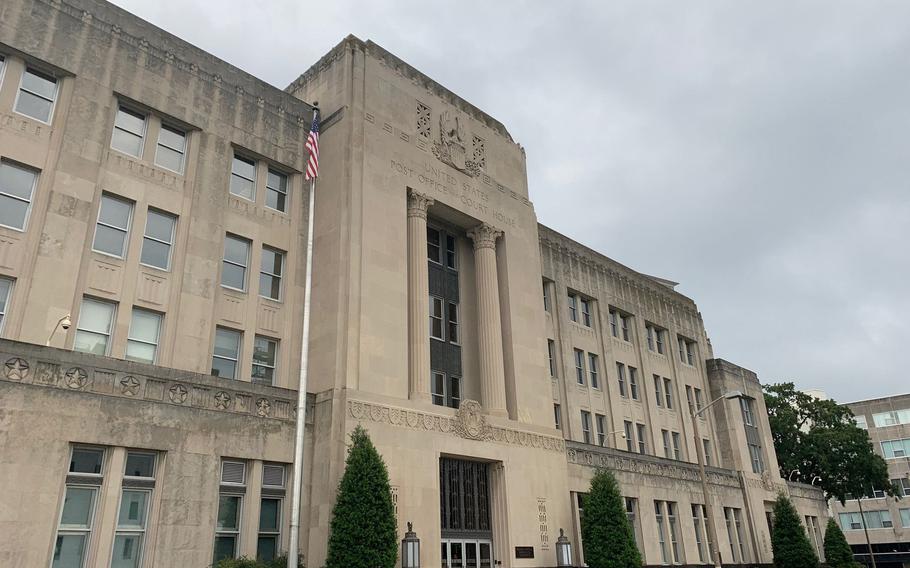 Federal prosecutors sentenced Lamont Godfrey, 43, on charges for mail fraud, wire fraud and aggravated identity theft, according to a news release from the Justice Department. He was prosecuted in the Eastern District of Virginia.

Godfrey was the chief administrator at Norfolk’s Mid-Atlantic Maritime Academy, a private training center that offers Coast Guard-approved courses for merchant marines, when he “conspired” with three other men to produce fake course certificates.

Mariners must attend deck and engineering classes to receive a certificate and obtain work positions on merchant ships. Godfrey and the men bypassed the Coast Guard’s requirements in exchange for payment by producing at least 1,000 “authentic looking” course certificates for over 252 mariners, according to court documents.

“By selling counterfeit merchant mariner certificates in exchange for cash payments, (Godfrey) and others permitted untrained and unqualified mariners to perform jobs onboard merchant vessels they were not entitled to hold,” Raj Parekh, Acting U.S. Attorney for the Eastern District of Virginia, said in the release.

Johnson, Willis and Williams recruited mariners, who would pay up to thousands of dollars for what looked like approved credentials and instructions on how to upload them into the Coast Guard systems. For Godfrey’s job as chief administrator with the academy, he was responsible for monitoring usage of the academy’s certifying stamp and official seals, which he also used for the fraudulent certificates.

“By engaging in the scheme and purchasing counterfeit and fraudulent MMA course certificates, the mariners were able to save both money and time by paying the discounted rate and not actually having to attend the course,” court documents said.

The men sent certificates to mariners across the country through mail carriers. They netted over $394,000 in profits from July 2016 to December 2019 — Godfrey received $249,000 directly.

John Mauger, Rear Admiral and Assistant Commandant for Prevention Policy for the U.S. Coast Guard, said in the release Godfrey’s sentencing reflects the Coast Guard and Department of Justice’s commitment to ensure “the United States’ Marine Transportation System remains one of the safest in the world.”

“We are confident this ruling sends a strong message that the U.S. government will not tolerate these types of acts and will vigorously take action against such misconduct,” Mauger said.