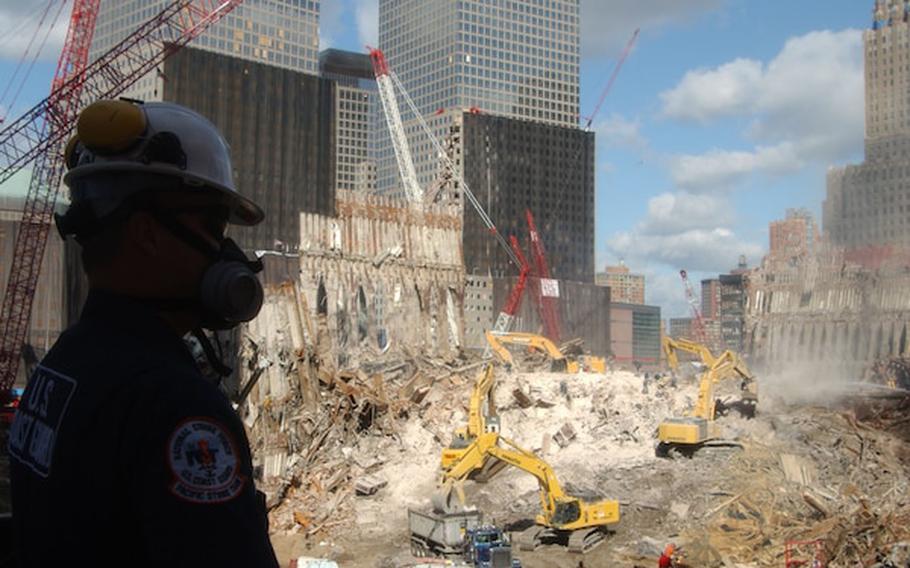 When two hijacked airplanes flew into the World Trade Center on Sept. 11, 2001, first responders rushed to the scene. Thousands more followed after the twin towers' collapse, working in the toxic dust that billowed up from the pulverized buildings. Now, a study links the day workers got to the site with their risk for liver disease.

In the American Journal of Industrial Medicine, researchers from the Icahn School of Medicine at Mount Sinai grouped 1,788 responders based on the time they arrived at the scene of the terrorist attack. They analyzed CT scans for signs of hepatic steatosis, also known as fatty liver disease, which can cause scarring in the liver, cancer or liver failure. Steatosis is associated with exposure to a variety of chemicals, including toxic dust.

The researchers found that the sooner a responder arrived at the WTC, the more likely they were to show signs of steatosis. More than 14% had signs of the disease, and those who got to the site within two weeks of the attack were most likely to show liver changes.

"Now that we have this link, the next step is to understand why or how the toxic dust actually causes liver damage," Artit Jirapatnakul, an assistant professor of radiology at Icahn Mount Sinai and the paper's first author, said in a statement.

In 2019, the 9/11 Museum dedicated a Memorial Glade on museum grounds to those who responded to the tragedy and developed health problems or died because of their work. According to the WTC Health Program, 4,343 members have died as of March 31.