Seattle fires two police officers who went to Jan. 6 Trump rally, saying they stood by during US Capitol riot 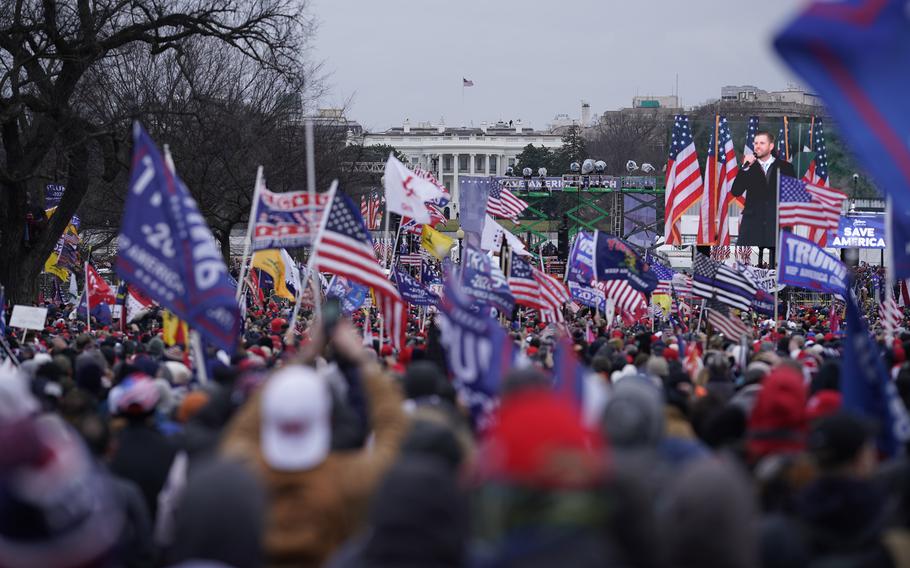 SEATTLE (Tribune News Service) — Two of six off-duty Seattle police officers who attended a pro-Trump rally prior to the riot at the U.S. Capitol in January were fired Friday by interim police Chief Adrian Diaz, who followed the recommendations of an investigation that found they trespassed onto restricted grounds and stood by in the immediate vicinity of an “active insurrection.”

The dismissals were announced in a posting on the Seattle Police Department’s news blotter and came following a recommendation of termination included in a six-month investigation conducted by the Office of Police Accountability released last month.

The two officers have been have been identified as Alexander Everett and Caitlin Rochelle Everett, who are married. The investigation into their actions showed they downplayed their role and likely lied to internal investigators about their actions at the Stop the Steal rally.

Diaz said in a statement that such behavior by sworn law enforcement officers cannot be tolerated.

“In granting the police the power and responsibility to do their work, the community takes as collateral an expectation that law enforcement will at all times earn and abide by that trust,” the chief wrote. “This is what should be expected of policing, and it is what I demand as Chief. It is also what Seattle Police officers expect of their colleagues. ”

“It is based on those values that I reached my decision,” Diaz said.

The chief said the investigation found the officers “crossed the outdoor barriers established by the Capitol Police and were directly next to the Capitol Building … It is beyond absurd to suggest that they did not know they were in an area where they should not be, amidst what was already a violent, criminal riot.”

Three of the other four officers who attended the Washington, D.C., rally Jan. 6 were cleared of allegations of unprofessional conduct and did not break any laws, the investigation found. The investigation into allegations against the fourth officer was inconclusive, according to the department’s civilian-run Office of Police Accountability.

The summary of the investigation says senior OPA investigators traveled to Washington, D.C., and conducted dozens of interviews with people ranging from waiters and hotel clerks to senior officials with the Capitol and Metropolitan police forces. They also reviewed videos and photographs of the event, including still pictures prepared by the FBI from video footage shot by a third-party defendant now facing federal charges in the Capitol siege case.

The still photos captured a man and woman — Everett and Rochelle Everett— smiling and standing within a restricted area just outside the U.S. Capitol while, nearby, pro-Trump rioters forced their way into the building, the investigation says.