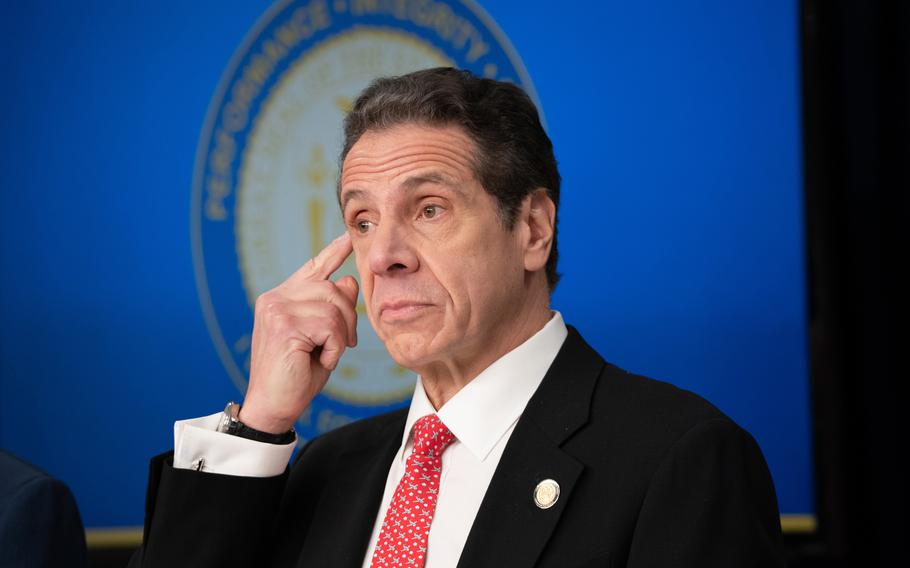 As the beleaguered governor fights for his political life, his legal team assailed as “one-sided” and “not an exercise in truth finding” the AG’s five-month investigation that found Cuomo harassed 11 women, including several much younger staffers and a State Trooper assigned to his security detail.

“I know the difference between putting together a case against a target versus doing independent fact-finding with an open mind,” said Cuomo personal lawyer Rita Glavin. “There has been no open-minded fact-finding here.

“This investigation was conducted in a manner to support a predetermined narrative,” she added.

Independent investigators overseen by James’ office concluded that Cuomo engaged in unwanted groping, kissing, and touching and repeatedly made inappropriate and sexually-charged comments to underlings.

The report also found that Cuomo and senior staffers attempted to retaliate against Lindsey Boylan, a former adviser, after she went public with her claims.

At the virtual news conference, Glavin and attorney Paul Fishman, who represents Cuomo’s office, maintained the governor’s innocence and largely repeated rebuttals included in an 85-page “position statement” released by Cuomo earlier in the week.

Fishman lamented the fact that the governor’s attorneys were not allowed to review the report before it was released on Tuesday and that transcripts of interviews were not available.

“That was all problematic because the opportunity to challenge, to rebut, to raise questions did not occur until after the report was public,” he said. “In today’s media world, all of those allegations were out and being reported while people were first flipping the pages.”

James pushed back on accusations that the probe was politically-motivated and said her office will be releasing redacted transcripts to the state Assembly as it continues its impeachment investigation into the governor.

“To attack this investigation and attempt to undermine and politicize this process takes away from the bravery displayed by these women,” she said. “There are 11 women whose accounts have been corroborated by a mountain of evidence.

“Any suggestion that attempts to undermine the credibility of these women or this investigation is unfortunate,” she added.

Asked about allegations made by a state trooper who says the governor repeatedly made comments about her appearance and touched her in inappropriate ways, Glavin said only that Cuomo will weigh in “soon.”

It’s unclear if the trooper remains on the governor’s security detail.

Glavin spent the bulk of her time countering one of the most serious allegations leveled at the governor by an executive assistant who says he groped her breast while the two were alone in the Executive Mansion last year.

Cuomo’s legal team asserts that there was only one day in mid-November last year that the incident could have taken place and cited emails and texts showing the staffer was working at governor’s residence for several hours.

“He is 63 years old, he has spent 40 years in public life,” Glavin said. “And for him to suddenly be accused of sexual assault of an executive assistant that he really doesn’t know, doesn’t pass muster.”

Earlier Friday, the Albany sheriff’s office confirmed that it had received a criminal complaint against the governor by the aide.

That investigation comes as Cuomo also faces growing calls for his resignation and the very real possibility that he will be impeached by the state Assembly.

On Thursday, the state Assembly Judiciary Committee gave Cuomo an Aug. 13 deadline to provide any evidence before lawmakers considers articles of impeachment against him.

Democratic Assembly Speaker Carl Heastie said that it is “abundantly clear to me that the Governor has lost the confidence of the Assembly Democratic majority and that he can no longer remain in office.”