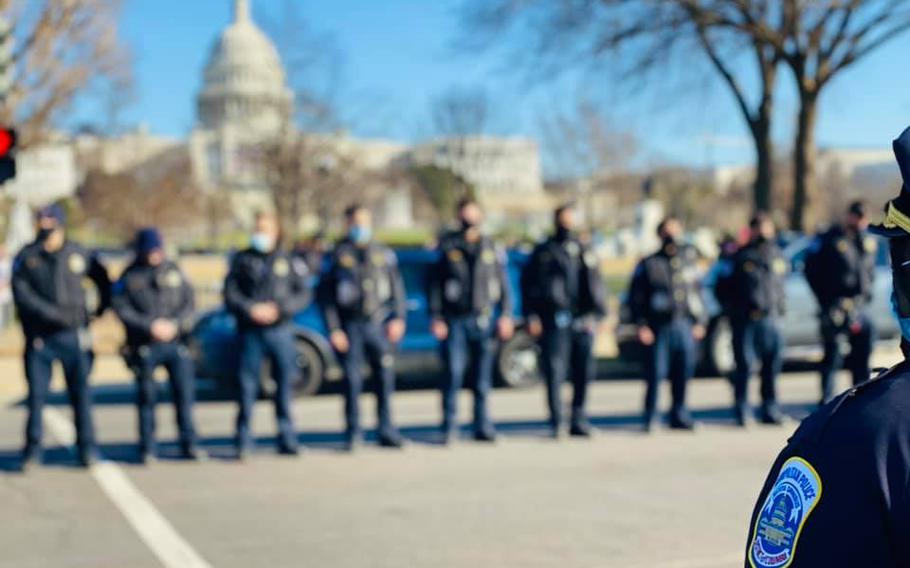 A D.C. police officer was found dead of an apparent suicide last week in his Virginia home, a spokeswoman said Monday.

Police confirmed that the officer, Gunther Hashida, had responded to the Capitol insurrection Jan. 6. Authorities drew no connection between the riot and his death. An official familiar with the investigation said Hashida had struggles beyond Jan. 6 that could have played a role.

Hashida joined the D.C. police force in May 2003. He most recently had been assigned to the department’s tactical unit, called the Emergency Response Team. He was in his early 40s, according to public records.

House Speaker Nancy Pelosi issued a statement calling Hashida a hero “who risked his life to save our Capitol, the Congressional community and our very Democracy. All Americans are indebted to him for his great valor and patriotism on January 6 and throughout his selfless service.”

Two other police officers who were at the Capitol on Jan. 6 also took their own lives in the days that followed the attack.

D.C. Officer Jeffrey Smith died Jan. 15 and Capitol Police Officer Howard Liebengood died Jan. 9. Families of both officers have linked the deaths to the riot and are pushing their respective departments to recognize them as having died in the line of duty.

A relative of Hashida declined to comment when reached Monday. Other family members, through their church, also did not want to talk publicly.

Five other people died in the assault, including Capitol Police Officer Brian Sicknick, who authorities said suffered two strokes a day after he confronted rioters, and a woman fatally shot by a Capitol Police officer inside the building.

D.C. Officer Michael Fanone, who was injured while confronting rioters and has been among the most outspoken about his traumatic experiences, said he knew Hashida for years and worked with him in the 1st District.

“He was the most dedicated police officer I had the privilege to work with,” Fanone said. “He loved his job and his passion was unmatched.”

D.C. police issued a brief statement: “We are grieving as a Department and our thoughts and prayers are with Officer Hashida’s family and friends.”