The words of country musician Luke Combs singing, “Then you rolled in with your hair in the wind” from his hit song “Hurricane” spilled from the sound system.

Cmdr. Brian C. Kesselring, a native of Fargo, N.D., led a team of about 30 Blue Angels team members, including eight aviators. Wrapping up a three-week tour of the U.S., they flew into Detroit late Monday from Alaska, Ford confirmed.

They arrived in Blue Angels planes, the F/A-18 Super Hornets, and the C130J logistics support aircraft jet, the Fat Albert, and parked them at Willow Run Airport in Ypsilanti, the site of an air show this weekend.

The Blue Angels, which are part of the U.S. Navy known for their spectacular aerobatic demonstrations, travel the country showcasing their skill and teamwork. They were formed after World War II to keep the public interested in naval aviation. Ford has long touted its commitment to military veterans.

This visit was about intelligence gathering and knowledge sharing, Ford said. Some in the group called it “a nerd convention” as a compliment to all involved.

Rather than have CEO Jim Farley or Executive Chair Bill Ford lead the group or appear in the quiet tour with limited press access, the honor was given to John Savona, a U.S. Army veteran and son of a U.S. Navy veteran. Savona is Ford vice president of manufacturing and labor affairs.

He has long credited the military with his focus, his work ethic and his discipline. 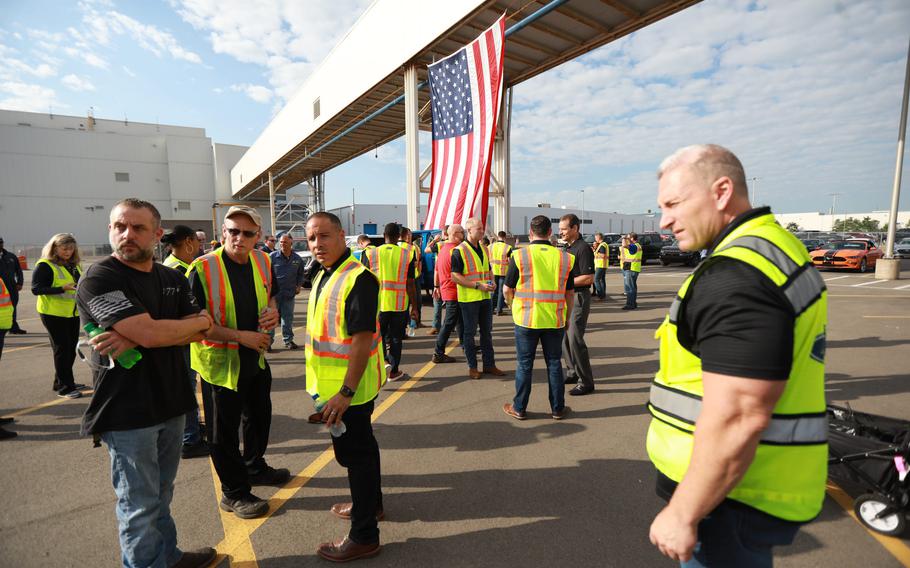 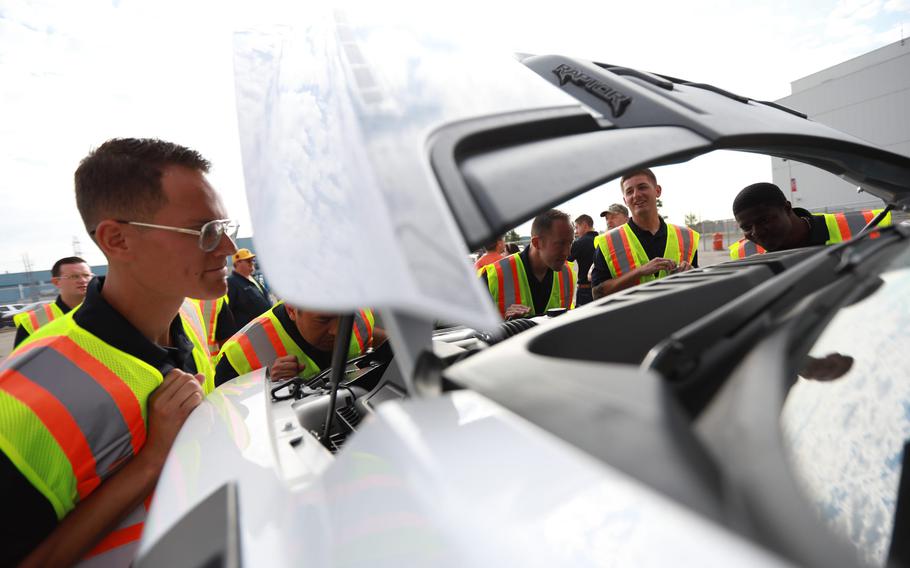 Brandon Franciscy, 25, checks out the wiring in the 2021 Ford F-150 Raptor engine while touring the Dearborn Truck plant with the Blue Angels on Aug. 3, 2021. (Kimberly P. Mitchell, Detroit Free Press/TNS) 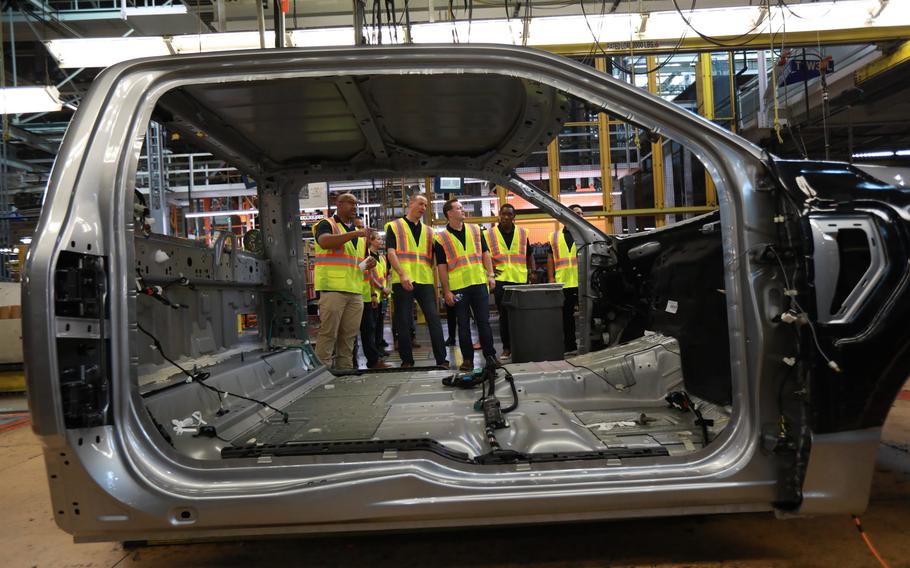 “The military gave me an appreciation for how important is it is to work hard and work within a team,” Savona told the Free Press in November. “If any member of the team doesn’t do their job in the military, somebody dies. If we don’t build a vehicle right, and there’s a defect, it puts families at risk.”

The group stopped at the military veterans wall on site and walked the assembly line. Workers swapped stories with pilots. Members of the flight demonstration squadron wore their uniforms beneath the high-visibility vests required for safety in factories.

“The U.S. Navy Blue Angels are role models of professionalism and teamwork,” Ford spokesman Dan Barbossa told the Free Press. “We’re proud to welcome the Blue Angels to Dearborn as we meet to exchange engineering best practices between our team and theirs.”

This visit focused on engineering discussions of goals and challenges in manufacturing. An afternoon visit that included a visit to the Ford test track so that Blue Angels could drive the all-electric Mustang Mach-E, all-electric F-150 Lightning and other vehicles was not open to the media. They planned to meet with Linda Zhang, chief engineer of the Lightning, and discuss future technology, Barbossa said.

A visit had been planned for May 2020 to spotlight the company’s ventilator production at Rawsonville after a flyover and was postponed.

“Hosting the Blue Angels at the Dearborn Truck Plant today was truly an honor,” Savona said. “They are an exceptional group and our team had a great time showing them the ins and outs of F-150 production. Ford and the UAW have a strong community of veterans. Over 6,000 veteran employees work in our manufacturing facilities. These are some of the same employees that pivoted at the height of the pandemic to build ventilators and respirators.”

The Blue Angels will fly during the Thunder Over Michigan Air Show at Willow Run Airport in Ypsilanti on Saturday and Sunday.

Organizers of the event, which is not affiliated with Ford, say the weekend will feature the world’s largest gathering of Mitchell B-25 Bombers along with fighter jets not seen previously. It will include Thunderbird aviators from the U.S. Air Force and others. Gates will open on Saturday at 7 a.m. with an 8:30 a.m. show start. Afternoon gates open at noon with a 1:30 p.m. start. Single show and all-day passes are available.