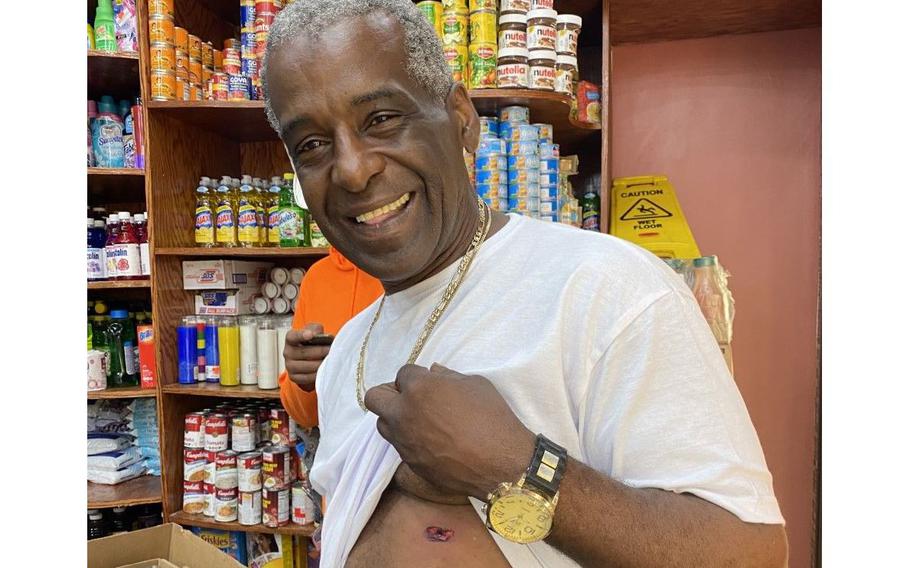 NEW YORK (Tribune News Service) — Two members of the same gang have been charged in the Harlem shooting of an innocent bystander, an Army veteran who stepped into the middle of a gang confrontation, police said Friday.

Jabari Albright, 18, and Mikeli Pettaford, 20 — both members of the Chico gang — were busted for attempted murder for the Tuesday evening shooting in which Tony Grier, 59, was shot in the abdomen on 5th Ave. near W. 118th St., police said. Albright was arrested Tuesday and Pettaford was cuffed Thursday.

Grier, a veteran of Operation Desert Storm, was taking out some cardboard boxes from a deli owned by a friend when he saw a group of men hovering outside. Then, he and a witness said, the shooters’ target appeared down the block wearing a ski mask and a white T-shirt draped over his head.

At that point, it appears that shots were fired by both the intended target and at least one person in the group.

As kids playing nearby scrambled for cover, Grier was struck.

He was released from the hospital the next day.

Albright has four prior arrests, and Pettaford has three, police said.