EDGEFIELD, S.C. (Tribune News Service) — Main Street had much more than its regular amount of pedestrian traffic Sunday, with hundreds of visitors on hand to mark a military anniversary. The 122nd Engineer Battalion of the South Carolina National Guard was established in 1946, and several decades of soldiers celebrated the occasion, gathering for about three midday hours in the town square.

Soldiers lined up to hear about the unit’s history and mission, and were dismissed for a couple of hours to take part in “food, fun and fellowship,” with a variety of booths and family-friendly attractions available for exploration.

“Everything went great,” said Maj. Caroline O’ Sullivan, with the 122nd. “We were really pleased to have a lot of support from the community and former soldiers and everyone in the state of South Carolina as well.”

This was her first time to see a unit celebrate 75 years, she added. “It’s a huge milestone, and hopefully we’ll have a lot more to celebrate in the next 75 years.”

Reps. Bill Clyburn, D-Aiken, and Bill Hixon, R-North Augusta, were among the high-profile visitors, presenting a proclamation “to commend the more than 750 soldiers, their families, retirees and veterans of this historic and courageous battalion on their dedicated and selfless service to the state of South Carolina and this great nation; and to extend best wishes for its continued success in the years to come,” as stated in the document.

“This battalion has been deployed to Iraq, Afghanistan and numerous other locations for missions throughout the country,” said retiree Kevin Joy, a North Augusta resident.

“The National Guard falls under the governor, but they also fall under the Department of Defense,” he said, pointing out that the results can be having troops respond for civil service, such as dealing with a flood, hurricane or tornado, or troops can be sent abroad to face other challenges.

Joy pointed out that his military background included years in the 122nd and in a variety of other scenarios. “I joined in 2001, and in 2003 we got deployed to Iraq, so the battalion was over there in Fallujah, Al Asad Airbase — all your hot spots there in Iraq.”

His National Guard years continued until 2014, and prior military background included years in the Marine Corps (1973-85), followed by a stretch (1985-2006) working in the federal prison system and a little longer (2016-18) in the state prison system. His current local associates include the American Legion, Veterans of Foreign Wars, Disabled American Veterans, Marine Corps League and the Fraternal Order of Police.

O’Sullivan, referring to the battalion at the center of attention, said, “We ... have several different type of engineer companies. We have a bridging company, we have ... vertical construction detachments and we have horizontal construction companies and then we have combat engineers as well.”

Major recent engagements, she said, included the response to the catastrophic flood of October 2015, “and currently, we’re staging to help out with hurricane response in this upcoming year.” 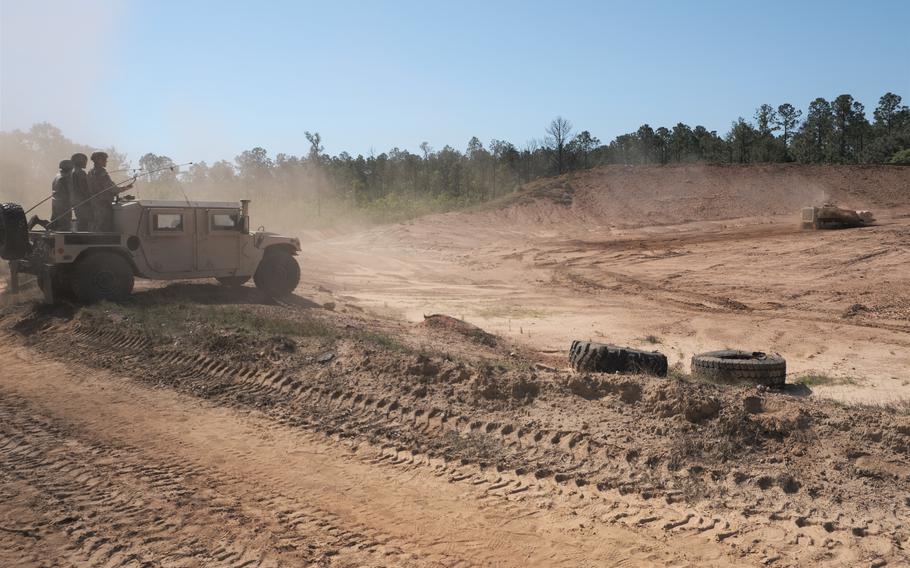