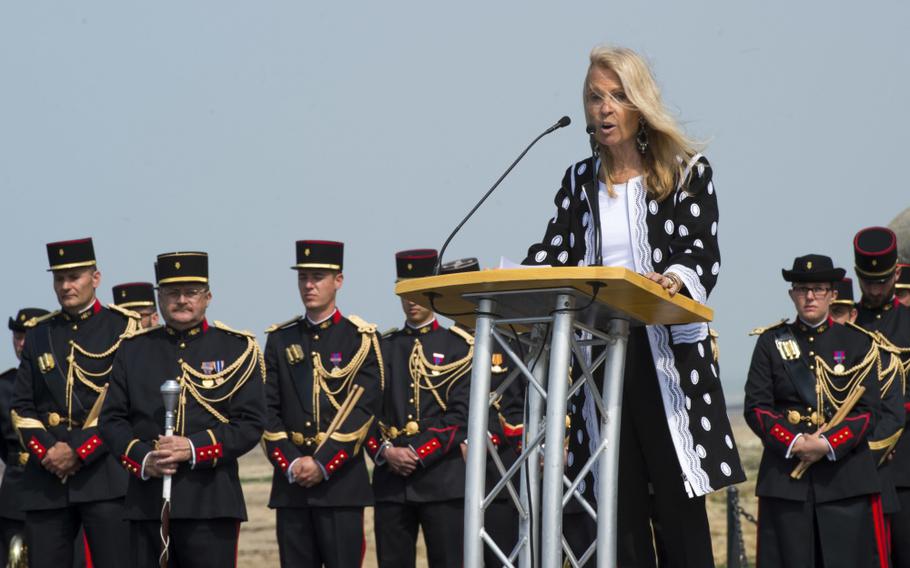 WASHINGTON — President Joe Biden will nominate Jane Hartley, a former ambassador to France, to serve as ambassador to Britain, according to two people with knowledge of the decision.

The ambassador to the Court of St. James’s is considered — along with Paris — as among the most prestigious postings for an American president to fill. Of the two plum spots, each with a lovely historic mansion in the heart of two of Europe’s great cities, the London position is usually considered the more consequential job because of the close diplomatic, military and historical relationship between the United States and Britain.

In recent decades, the job has typically gone to a president’s close friend or major donor and has also often been among the first jobs announced. Donald Trump’s choice of Robert “Woody” Johnson as ambassador to Britain was announced before Trump even took office as president.

But Biden’s team struggled for months to find the right person for the job, and they had considered a wide range of prominent people, including former New York mayor Mike Bloomberg and former secretary of state Colin Powell. The White House had also approached career Foreign Service officers.

At one point, the White House had discussed selecting a Black person for the role. There has never been a Black U.S. ambassador to Britain and the historic nature of the pick would come after Harry and Meghan, the Duke and Duchess of Sussex, gave public accounts of racism from within Britain’s royal family, which the family has denied.

A White House official said no ambassador decision is final until it is announced. Hartley could not immediately be reached for comment.

Hartley, who was a major fundraiser for President Barack Obama, was a significant fundraising “bundler” for Biden’s campaign, though not in the upper echelon. Top donors raised sums in the middle seven figures, while Hartley brought in several million dollars less, according to a person with knowledge of the contributions, who spoke on the condition of anonymity because they were not authorized to share the numbers.

People close to Biden were surprised by the pick given the president’s extensive list of close friends and longtime supporters, but they noted that Hartley supported Biden’s campaign before the Iowa caucuses and did not abandon the effort when he was struggling, as some other donors did.

Hartley served as chief executive of the Observatory Group, an economic and political advisory firm, and also worked at the Department of Housing and Urban Development, and in the Carter White House. She is married to Ralph Schlosstein, the chief executive of Evercore, an investment bank.

The vacancy in the British embassy’s top post has meant that a career diplomat, Yael Lempert, the No. 2 at the embassy, had been filling in. She is leaving in the summer for her next posting, and the State Department announced Thursday that career diplomat and Europe specialist Philip Reeker will fill in beginning Aug. 1.

The “special relationship” between Washington and London has been a point of pride for both countries. Although British Prime Minister Boris Johnson once said he disliked the term, thinking it demeaning to Britain, he appeared to celebrate both the term and the bond when Biden made Britain his first foreign visit as president last month.

Brexit, the British withdrawal from the European Union that Johnson supported and Biden opposed, hung over that visit in June, but both leaders said the two nations are as close as ever. Though Biden did make a point of holding his first event in Britain not alongside Johnson but before U.S. troops stationed at a British air base.