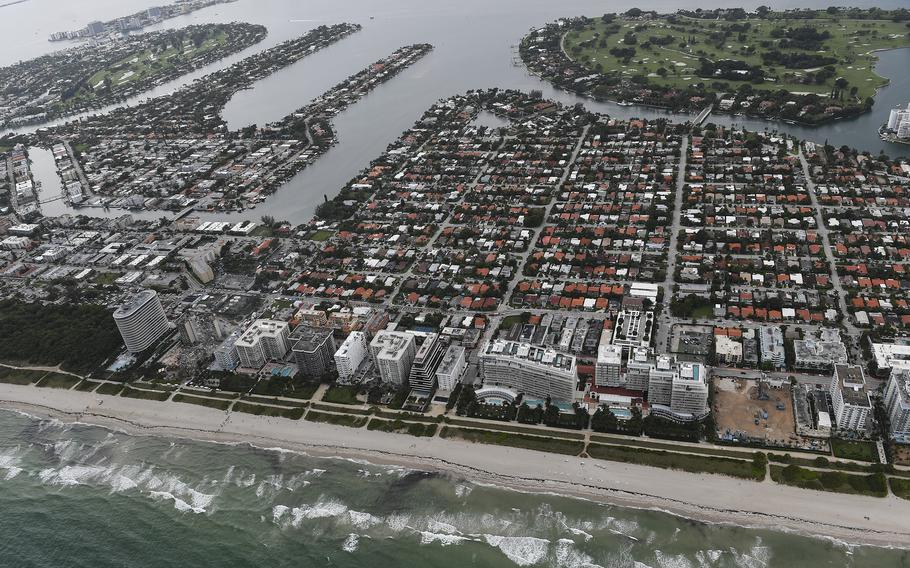 Condo owners are facing a financial reckoning in the wake of the building collapse in Surfside, Fla., that killed at least 90 people and left more than 40 unaccounted for.

Across the country, residents and board members are discovering that they haven’t set aside enough money to pay for major repairs, such as aging roofs. This funding crunch is rattling developers and property owners and could increase housing costs for millions of Americans, who often view condominiums as a low-stress, lower-cost alternative to single family homes.

There are about 160,000 condominium buildings in the U.S. Though industry officials can’t put a price tag on how much maintenance is needed nationwide, Robert Nordlund, the CEO of Association Reserves — which advises condominium and homeowners associations on setting aside money for repairs — said the figure is “staggering.”

Of Nordlund’s 30,000 clients, he estimates that 30% of properties are significantly behind in their reserve funding, meaning they hold 30% or less than the total funding they need for planned and unexpected future projects. Another 40% properties are only in “fair” condition, holding just 30% to 70% of needed funding.

In a separate report issued last year, Community Associations Institute, an umbrella organization for resident-owned buildings and developments, found that 80% of associations faced unplanned repairs during the preceding three-year period.

Despite the enormity of the challenge, industry leaders says they don’t see signs of a financial “bubble,” where costs could overwhelm residents and creditors. One major reason for that, they say, is that property values in many places continue to rise despite the backlog of maintenance needs.

But industry leaders say the collapse of Champlain Towers South in Surfside, Fla., should be a wakeup call for condominium owners on the true costs of their units. And the collapse could also nudge cities and states to reevaluate whether more regulation is needed.

“The sad part about government is it takes a crisis or a tragedy to inspire legislation to protect the future,” said Jerry Hill, a former California state senator who in 2018 pushed to update laws in that state after a six people were killed in a balcony collapse in Berkeley.

The financial and regulatory challenges facing the condominium industry come about four decades after the first big wave of condominiums hit the market in the U.S.

Although a form of common-interest ownership has been around for at least a century, there were only about 10,000 condominium and homeowners associations in the U.S. by 1970, according to the CAI.

But in the mid-1970s, after federal tax reform permitted condominium mortgages to be deductible, the number of units began to proliferate.

Around the same time, real estate investors in big cities such as Chicago sought to boost returns on aging apartment complexes by converting buildings into condominiums. Condominiums also helped absorb an influx of residents into fast-growing states such as Florida, Texas and California during the 1980s.

Some of the buildings constructed during the original condo boom are now due for major repairs and replacement projects, part of the financial crunch owners now face. According to Fannie Mae, the recommended life span for a metal roof and chimney on multifamily building, for example, is about 40 years. 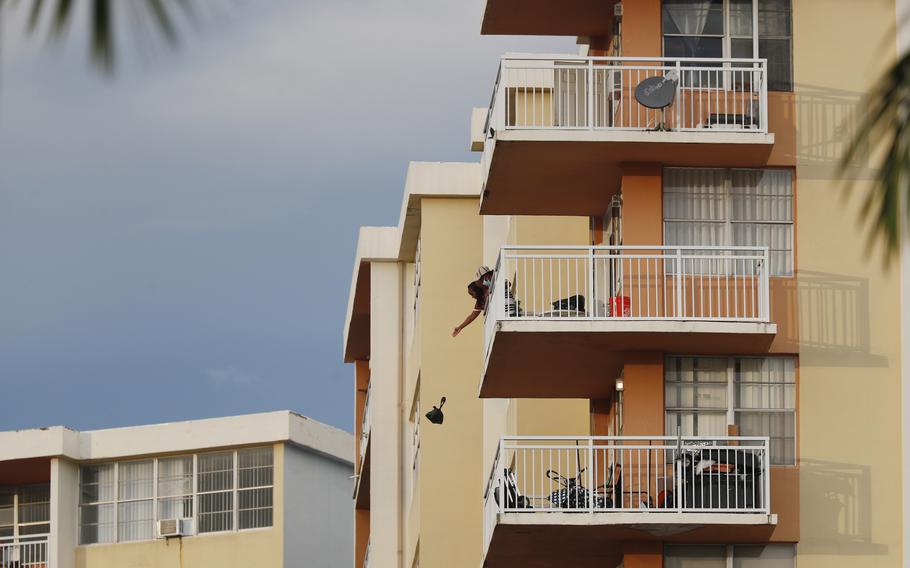 Residents living in the Crestview Towers condominiums were told to evacuate just a week after the Champlain South Tower partially collapsed on June 24, 2021. (Octavio Jones/for The Washington Post) 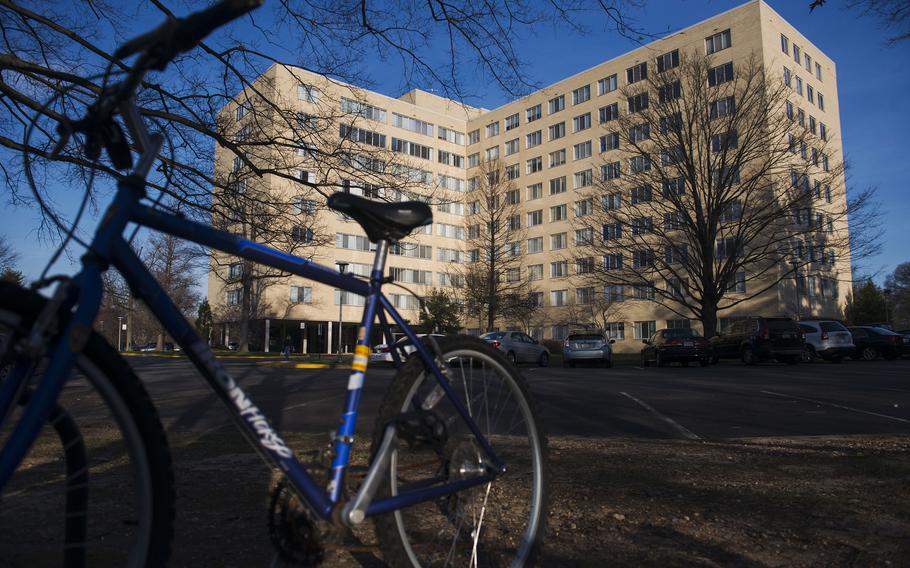 A view of the River Towers complex in Alexandria, Va., in May 2016. (Amanda Voisard/for The Washington Post)

But Jim Riley, director of architecture for Certa Building Solutions — which advises condominium associations on how to rehab troubled properties — said that some buildings are experiencing structural breakdowns far sooner than expected, accelerating the timeline for remedial work.

The biggest culprit, Riley said, is moisture infiltrating some structures, especially those that were poorly built in the first place. “Water is getting into places it was never intended to be,” said Riley, who primarily works in Florida and the Pacific Northwest but says challenges can extend far away from coastal communities. “It’s rusting rebar. It’s damaging wood framing and it’s causing all kinds of problems.”

Joel Meskin, an insurance executive, added the structural vulnerabilities can impact newer buildings, as well as older ones.

“I’ve got co-ops in Manhattan built in the 1920s that aren’t having these kinds of issues because they were built with good materials and craftsmanship,” said Meskin, managing director of community association products and risk management at McGowan Program Administrators. “A lot of the new developments are being put together with what seems to be cardboard and super glue now, and a lot of that has to deal with the developers.”

When problems arise, condominium associations can quickly face financial distress if owners have not been proactively saving for repairs.

Nordlund said condominium associations should be putting aside at least 25% of their annual budget into savings for repairs, which is known as a reserve fund. The budget of most condo boards is made up of monthly fees paid by residents, which can range from a couple hundred dollars to a couple thousand.

When they don’t, the costs of unexpected repairs are passed onto owners through special assessments that can quickly test the ability of the owner to pay for them.

At the Champlain Towers South building, for example, the condominium board had been pushing unit owners to finance $15 million in roof and structural repairs in the weeks before the building collapsed on June 24.

The association had just $800,000 in reserves. The only way to pay for the project was to charge each unit a special assessment, ranging from $80,000 to $200,000. Owners balked at the high cost, leading to infighting and causing board members to resign.

In recent years, some condominium buildings have faced equally eye-popping special assessments. In 2007, the owners of units in Harbor Towers in Boston faced special assessments of $70,000 to $400,000 after the board discovered it need $75 million in repairs on the then 36-year-old building, the Boston Globe reported at the time.

John David Allen, a former property manager in northern Virginia, said many condominium owners do not understand that a well-managed building should be steadily increasing monthly assessments.

“It’s a big challenge for property management,” Allen said. “I recall often going to the president of my company and saying, ‘We have to go to talk to the board and tell them, ‘No, you cannot cut this (monthly condo) fee.’”

Although engineers describe the catastrophic collapse of Champlain Towers South as exceptionally rare, condominium boards often don’t have to look far to see what could happen if they push off maintenance for too long.

In 2016, a building at River Towers Condominium, a marsh-front complex in Northern Virginia built in the 1960s, suffered serious structural damage.

The center tower, which is shaped like a “T” when viewed from above, rested on steel support beams that dug into the ground but had not been properly secured by concrete, according to Bill Hicks, Fairfax County’s director of land development services.

As that steel was exposed to the elements over the years, the northern end of the building — equivalent to the bottom trunk of the “T” — dropped about two inches down and shifted out another two inches, bringing the nine stories above closer to the ground and nearby sidewalk.

Residents “left their homes with what they had in their hands,” Hicks said. “Immediately, all of a sudden, folks realized they were not going to be back anytime soon.”

Laura Sebastianelli, 61, who bought her unit in 2013 and still lives on the second floor, said that in hindsight the foundation issues appeared months earlier. She recalls how green marble that abutted the north end of the building began popping off. Then, a floor-to-ceiling window in the front lobby fell out, too.

“Nobody anticipated that the building was moving,” she said. “People thought it (the window and marble damage) was vandalism or that it was a high windstorm, but nobody imagined that our building was shifting.”

About 32 residents were displaced from their condos for up to 9 months, as firm KCE Structural Engineers developed a plan for remediation.

Margaret Crowley, a 70-year-old retired teacher who was one of the residents who was displaced, said the condo board split the cost of repairs among all the owners in the three-tower complex. The owners were given the option to pay the sum all at once — $4,000, in her case — or add it onto their condo fees, which range from about $350 a month for her smaller unit to $900 or $1,000 for some of the larger properties.

The River Towers condo association board did not respond to multiple requests for comment. But Hicks said it was likely that the problem got as bad as it did because of a lack of routine maintenance or inspection.

Residents, meanwhile, said the ordeal makes them question why Virginia does not require a thorough inspection of aging condominium properties.

“Nobody wants to pay extra money for an inspection,” Sebastianelli said, adding she would still support more robust inspections if it was “something that could truly help make us all safe.”

But most states and municipalities don’t do much to regulate condominium associations.

Hawaii is the only state that mandates how much an association must hold for its capital projects.

After the Champlain Towers South disaster, which occurred in the midst of Miami-Dade County’s 40-year recertification requirement for condominium buildings, some lawmakers are calling for tighter reinspection requirements.

“It happened here. It happened there (in Surfside). It can happen anywhere,” said Hill, the co-sponsor of the legislation.

Industry leaders, however, are skeptical that more government regulation of condominiums is needed.

Dawn Bauman, CAI’s senior vice president, government and public affairs, noted that most states have a limited number of municipal building inspectors. Requiring buildings to hire their own engineers would increase costs on homeowners while also raising questions about how government could assure the reports being generated are accurate, Bauman added.

And although government mandates for reserve studies are limited, Bauman said the mortgage industry has its own set of requirements. Fannie Mae, Freddie Mac, and the Federal Housing Administration — which currently back about 70% of mortgages in condominium buildings — usually require a building to have a reserve plan before they underwrite the loan, Bauman said.

“The problem is being addressed by the financing side, as opposed to the regulatory side,” said Tom Skiba, CIA’s chief executive, who adds he remains more worried about the financial risks posed by “natural disasters” than he is widespread foreclosures or insolvencies of condominium associations due to of maintenance costs.

But Skiba and other industry leaders say the Champlain Towers South collapse means condominium owners across the country could soon discover that their housing choice isn’t as cheap as they had expected.

Meskin, the insurance executive, said developers and Realtors continue to sell condominiums under false assumptions that associations are adequately funded, or that monthly assessments will never increase, perhaps substantially.

“The problem is, at the end of the day, someone has to pay or you can end up in this type of situation again,” Meskin said. “I am leery of creating too much fear in people, because I hope this does not happen again, but it may, and that is a concern of a lot of us so people have to wake up.”