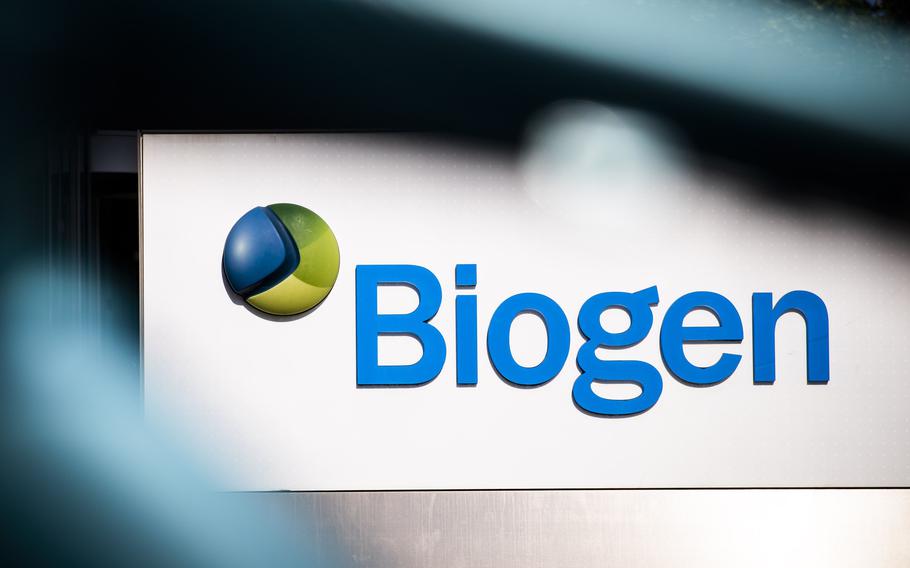 Biogen Inc. has updated the label for its new Alzheimer's drug Aduhelm, limiting its use to patients with mild cognitive impairment or the mild dementia stage of the disease after doctors expressed confusion over who should get it.

The change comes shortly after the U.S. Food and Drug Administration broadly cleared Aduhelm for Alzheimer's patients, not just for the early-stage sufferers that Biogen and its Tokyo-based partner Eisai Co. Ltd. focused on in their clinical studies.

The FDA decision to clarify the label was made after doctors and insurers expressed confusion over the intended population for treatment, agency spokesperson Michael Felberbaum said. The new wording could make it simpler to determine who should take the drug, and how to cover it.

"There are no safety or effectiveness data on initiating treatment at earlier or later stages of the disease than were studied," the company statement read.

Biogen submitted the label update based on dialogue with FDA, physicians and patient advocates, said Cindy Manieri, a company spokesperson.

The originally approved label contained information about the population studied in section 14 of the labeling material, Felberbaum said. But he said the agency determined the information should get more prominence and be included in the first section of the labeling as a result of feedback to the agency.

The approval of Aduhelm — which has been priced at $56,000 a year, and is expected to be taken by millions of patients — has been controversial.

Rather than being cleared based on its effectiveness, Aduhelm gained approval by showing it can reduce amyloid plaques in the brain, a physical biomarker, or surrogate, linked to the disease. The companies have nine years to finish a trial on its efficacy.

The federal agency that runs Medicare hasn't yet made a determination on whether and how the cost of the therapy and the scans and other care it requires would be covered under the government insurance program for older Americans.

An appropriate price for the therapy would be in the range of $3,000 to $8,400 annually, if it is effective, according to an assessment by Institute for Clinical and Economic Review.

David Whitrap, ICER's vice president for communications, said the current evidence is insufficient to show if Aduhelm improves the lives of patients with early disease. "For patients with more advanced dementia, our perspective is even more pessimistic: Aduhelm's harms are likely to outweigh any potential benefit," Whitrap added.

The price range proposed by ICER "is based only on the early-disease population reflected in this updated label," Whitrap said. "If Aduhelm was used to treat all patients with Alzheimer's, its price would need to be even lower than our recommended range to be considered cost-effective."

ICER has said one of its expert committees will host a public forum with Biogen and other stakeholders to discuss Aduhelm on July 15.

Biogen and its partner Eisai Co. have tried to ease concerns over the price, saying they expect adoption of the drug to happen gradually, though they haven't said how many people they expect will ultimately take it. Last month, Biogen said it would consider adjusting the price if more patients take the medication than expected.

C. Michael White, head of the Department of Pharmacy Practice at the University of Connecticut, welcomes the decision and said it highlights the fact that experimental drugs in this class have previously not provided benefits in those with more advanced Alzheimer's disease.

"The risks of using the drug would outpace the expected benefits," White said. "Even for those with mild disease, it still remains to be seen if there are tangible benefits that will materialize and if those benefits are worth the astronomical price of therapy."

Aaron Kesselheim, a physician and former FDA adviser, also described the update as a welcome change that fixes one of several problems he sees with the FDA's approval of the drug.

"The FDA should not be content that just changing the labeling will be enough," said Kesselheim, who resigned as an adviser to protest Aduhelm's approval. "It needs to take steps to actively counter excessively optimistic early messaging about this drug so that patients understand the lack of proven benefits and substantial harms associated with it."