Biden seeks to strengthen options for workers with new order 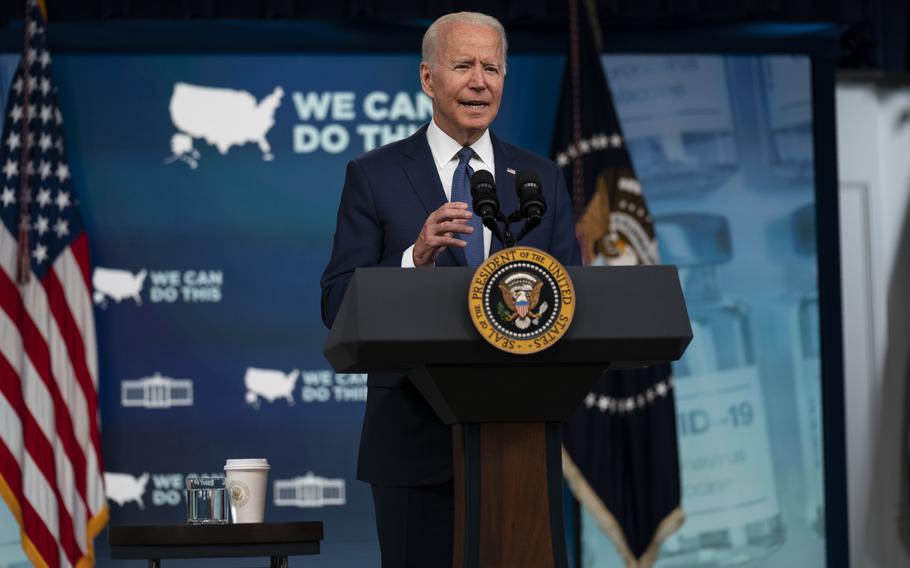 President Joe Biden speaks during an event in the South Court Auditorium on the White House campus, Tuesday, July 6, 2021, in Washington. (Evan Vucci/AP)

President Joe Biden plans to sign an executive order that will reduce the ability of employers to prevent workers from going to rival firms and remove some of the state occupational licensing requirements that make it harder to land a job.

The order is designed to improve workers' leverage in the economy, increase their chances of employment and generate more competition among U.S. employers, a person familiar with the order said Wednesday, insisting on anonymity ahead of its release. It would be a key test as to whether empowering workers will lead to pay hikes and smooth the way for them to move to parts of the country where their skills are most in demand. It also enables Biden to show in the 2022 congressional elections how Democratic policies are focused on workers, a key argument as Republicans have increasingly tried to frame their party as backing the working class.

The forthcoming order will direct the Federal Trade Commission to restrict and potentially bar so-called noncompete agreements, which have stopped workers in industries including fast food and Big Tech from going to other employers for higher pay. A 2019 analysis by the liberal Economic Policy Institute estimated that 36 million to 60 million workers could be subject to noncompete agreements.

The order also seeks to ban "unnecessary" occupational licensing that can hurt the earning power of military spouses, skilled immigrants and former prisoners. The requirements can limit the ability of teachers or hair stylists to move across state lines, while also making some spend money at for-profit schools to affirm skills they already have. Roughly 30% of U.S. jobs require a license, according to a 2018 FTC report.

This effort builds on work begun in 2015 by the Obama administration to get states to reduce the burdens from their licensing requirements.

The order will also toughen guidance to the FTC and the Justice Department to prevent employers from sharing wage and benefits data with each other so they can suppress worker incomes. The New York Times first reported Wednesday all the worker-focused elements of the order.

It was unclear when the order would be signed.