What to know about Rise of the Moors, an armed group that says it’s not subject to US law

Early Saturday morning, Massachusetts police in the town of Wakefield saw two cars parked on the shoulder of Interstate 95. Men, heavily armed and wearing military-style tactical clothing, were refueling their vehicles. When police asked to see registration for the weapons, The Washington Post reported, the men indicated that they were not carrying gun licenses, and that their group did not recognize state laws. What followed was a standoff lasting almost nine hours, with surrounding neighborhoods being ordered to shelter in place as many of the armed men moved into nearby woods.

According to the Middlesex District Attorney's Office, the suspects have been charged with unlawful possession of firearms and ammunition, among other crimes. Two men are refusing to identify themselves, and a third is an unnamed 17-year-old. The identified suspects are Jamhal Tavon Sanders Latimer, 29; Robert Rodriguez, 21; Wilfredo Hernandez, 23; Alban el Curraugh, 27; Aaron Lamont Johnson, 29; Quinn Cumberlander, 40; Lamar Dow, 34; and Conrad Pierre, 29.

They have been identified as members of Rise of the Moors, a "Moorish sovereign citizens" group whose adherents say they are part of their own sovereign nation and therefore are not subject to any U.S. law.

One expert on the group said its members consider themselves separate from the United States.

"They have the idea that they have the authority to essentially detach themselves from the United States," said Freddy Cruz, a research analyst with the Southern Poverty Law Center (SPLC). "So they do things like refusing to pay taxes, get driver's licenses, or register firearms, and they try to get their members to challenge those federal laws."

Rise of the Moors did not respond to The Post's request for comment Saturday.

On its website, the group says "sovereignty and nationality can be considered synonymous," and it considers Moorish Americans to be the "aboriginal people of the land." In a video Saturday morning, an unidentified member of the group disputed the sovereign-citizen moniker, saying, "We are not anti-government. We are not anti-police, we are not sovereign citizens, we're not Black identity extremists."

While the group is one of several Moorish sovereign-citizen groups, it is unclear whether there are additional chapters, or whether Rise of the Moors members have connections with other "sovereign-citizen" groups.

"We don't know if it's a national group," Cruz said. "It can be hard to track connections to other organizations, because they tend to operate very privately."

According to the SPLC, Moorish sovereigns perceive themselves to be immune from local, state and federal laws. Many groups say there is a 1787 treaty between the United States and Morocco that grants them this immunity.

"One of the core principles is the idea that they can become self-sufficient," Cruz said.

During the standoff Saturday, members of the group said they were traveling to Maine to train on "private land." While it remains unclear where the group was headed, sovereign-citizen groups commonly travel to remote, rural locations for paramilitary training.

"A lot of these groups will engage in two- or three-day training courses for their members," Cruz said. "We do know that they have engaged in paramilitary training, but it's unclear where that took place. It's possible they've already been to Maine."

A statement on the group's website - attributed to Jamhal Talib Abdullah Bey, identified as the "Moorish American Consular Post Head" - says "I truly believe that most of the skills that have been instilled in me through military training can be used to uplift our nation and all Moorish Americans. Honor, Courage and Commitment are the Marine Corps Values. Those same values that every Marine is held to, fit perfectly with the High Principles of Love, Truth, Peace, Freedom and Justice that our Prophet, El Hajj Sheriff Abdul Ali instructed us to live by."

Other self-identified Moorish sovereigns have been involved in violence in recent years, often targeting government officials and law enforcement. In 2017, Markeith D. Loyd, claiming to be a Moorish sovereign, shot an Orlando police officer and ran over a county sheriff's deputy while wanted for killing his pregnant girlfriend. Loyd was convicted of first-degree murder in October 2019, and he is set to face trial in the killing of the Orlando officer this year. In 2016, Gavin Eugene Long, an alleged member of the Washitaw Nation, a Moorish sovereign group, ambushed six police officers, killing three with an assault rifle in Baton Rouge, and dying in a shootout with police.

Rise of the Moors draws a link between its members and Indigenous peoples of the Americas.

"Especially with these sovereign Moorish groups, there is this idea that is rooted in ancient civilizations like the Aztecs, the Olmecs, Incas," said Cruz. "They have this belief that the U.S. government has no right to be enforcing or creating laws in territories that don't belong to them, so they see themselves as forming their own sovereign nation."

Although 2020 saw an overall decrease in the number of anti-government groups, according to the SPLC, the amount of activity tracked by this group has increased.

"What we are seeing as well as the uptick in activity is the idea that these sovereign-citizen groups like Rise of the Moors, they try to prey on Black and Brown individuals," said Cruz. "Typically with this idea that society is unfair and it preys on individuals who are maybe down on their luck, they have a place to turn where these groups promise a more fair and equitable society." 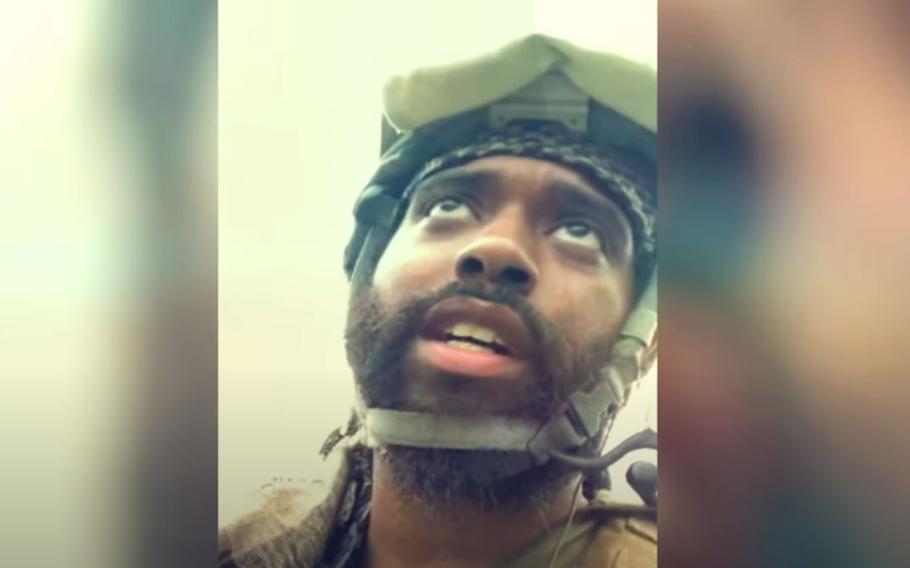