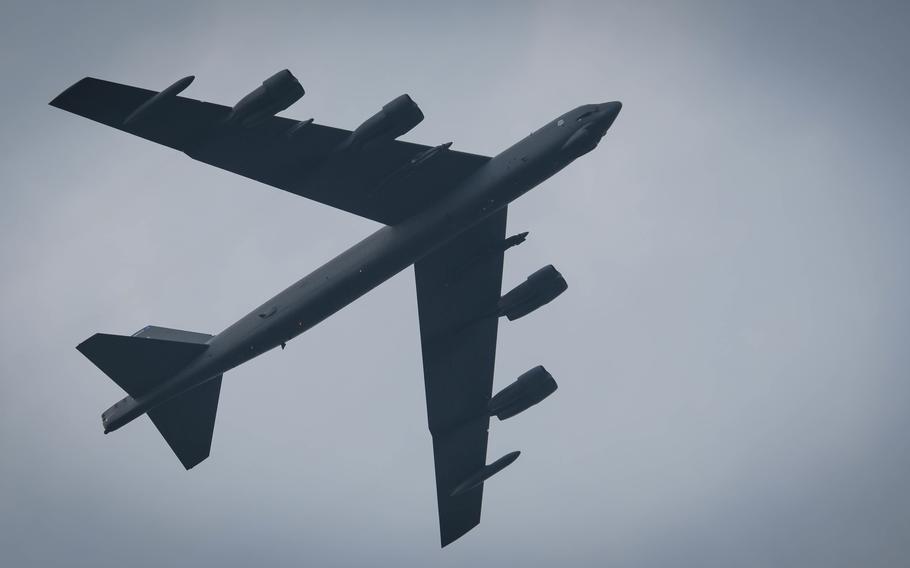 But for this project contracted through King Crow Studios — the video game development company he works for in Baton Rouge — he wasn’t programming a fictional space station kitchen or magical sporting arena, as he did for previous assignments.

This client wanted him to recreate the cockpit of a B-52 aircraft for a VR simulation to train pilots for the U.S. Air Force.

“I sat in that cramped cockpit, overwhelmed by the complexity of this 60-year-old plane and all its functions,” Norman said. “Now, I know all those buttons and gauges backwards and forwards.”

King Crow Studios, founded by Lake Charles native Cody Louviere, is working on the third phase of a contract with the Air Force, backed by $6.5 million in Small Business Innovation Research funding. The first phase of the SBIR contract gave King Crow Studios $50,000 to research virtual reality pilot training in August 2019, and the company moved to phase 2 with another $1 million to develop a training prototype in January 2020.

When the contract is up in 2025, King Crow’s software will train B-52 pilots at a fraction of the current cost. The company virtually replicates aircraft and equipment to immerse new pilots in procedural training without burning fuel or occupying military personnel and equipment.

Louviere said he launched the startup in 2015 to develop video games without corporate influence. King Crow worked on games like “Hive Slayer,” a first-person-shooter experience, and “Galactic Chef,” an “Iron Chef” parody that inadvertently led King Crow into a military contract.

King Crow designed a step system in “Galactic Chef” to help users make recipes. When a player completes one step, there is an auditory and visual indication that they were successful. Then the system brings players to the next step. If players don’t know what to do next, an object will glow, letting them know to interact with it.

“We included all of these user experience features to produce a good, quality video game,” Louviere said. “We didn’t know we were building the backbone of a military training program.”

King Crow Studios is located in the Nexus Louisiana Technology Park, home of Nexus Louisiana, an economic development nonprofit, and Precision Procurement Solutions, a federal contract company. Louviere said he pitched King Crow’s procedure step system to the Air Force per both companies’ recommendation, and they advised him throughout the bid process.

Several companies got SBIR phase 1 funding, but King Crow Studios is the first XR company to enter into a phase 3 contract.

“People expect working with the military to be difficult, but the Air Force knows what they want,” Louviere said. “They’re organized, supportive, understanding and so easy to communicate with.” 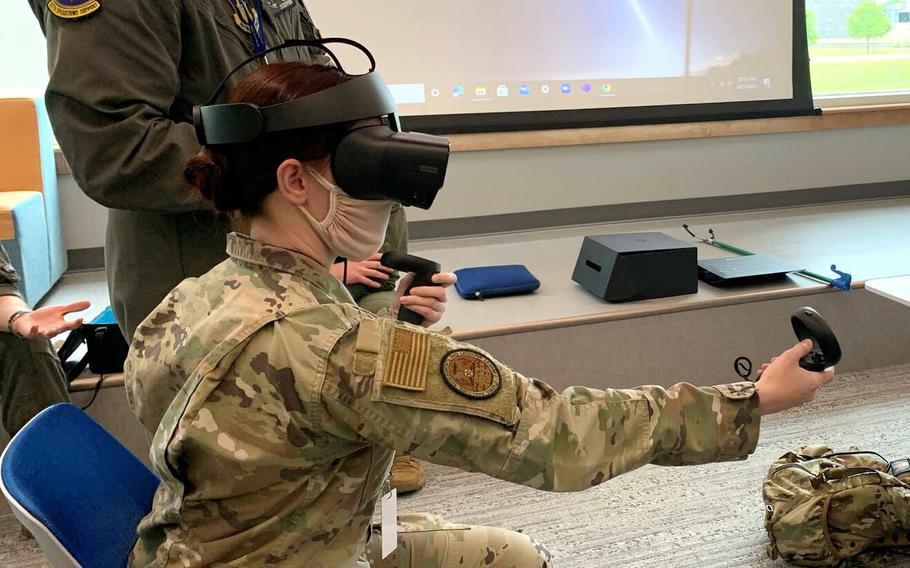 Pilot instructors meet with King Crow’s producer, Sarah Kent, each week to give feedback and suggest improvements on the training. The 24-year-old also handles cybersecurity for the project.

“This is a life-or-death kind of thing,” Kent said. “So when a trainee reports that a button or a knob doesn’t work in the training like it does in the real plane, we can fix that problem with a quick turnaround.”

Norman said while the Air Force project is mortally serious, there is an air of levity when it comes to designing a virtual Air Force base. Developers are free to combine gaming creativity with militaristic attention to detail in VR.

“The Air Force has such a specific culture,” Norman said. “We like to inject that culture into the training to make it realistic.”

Ethan Castiello, 3D artist at King Crow, said on one trip to Barksdale Air Force Base in Bossier City, a pilot joked that the soldiers were “just monkeys flying planes,” so Castiello put bananas in the virtual loading room.

Norman said the base was littered with Air Force memes, so he replicated the memes in VR. He learned that when pilots make a mistake on base, they blame a fictitious soldier named Mike Brogan, so he put “Mike Brogan” on the trainees’ virtual name tags.

“At the end of the day, we’re a bunch of gamer nerds,” Norman said. “If we don’t have fun being creative, projects can be mind-numbing.”

Louviere said that while these “Easter eggs” seem unnecessary, they actually help students retain information from the training.

“People retain upwards of 70% of the information presented in VR training as opposed to 50% retention in classroom settings,” Louviere said. “We keep everything as serious as it needs to be, but we’ve seen that these Easter eggs make trainees more engaged by truly immersing them in the experience.”

Louviere said that since pilots have started training with King Crow’s program, the Air Force has reported fewer mistakes and issues.

“So we know it works, but it starts this broader conversation about the capabilities of VR,” Louviere said. “More experienced vets are wary about this kind of tech until they put the headset on. Younger soldiers want to get in the training and explore, and that kind of cross-generational appeal means good things for military recruiters.”

“It’s still surreal,” Castiello said. “I graduated with a fine arts degree, and somehow I found myself working with military generals in a bomber cockpit. To say I never expected to be inside a B-52 would be a gross understatement.”