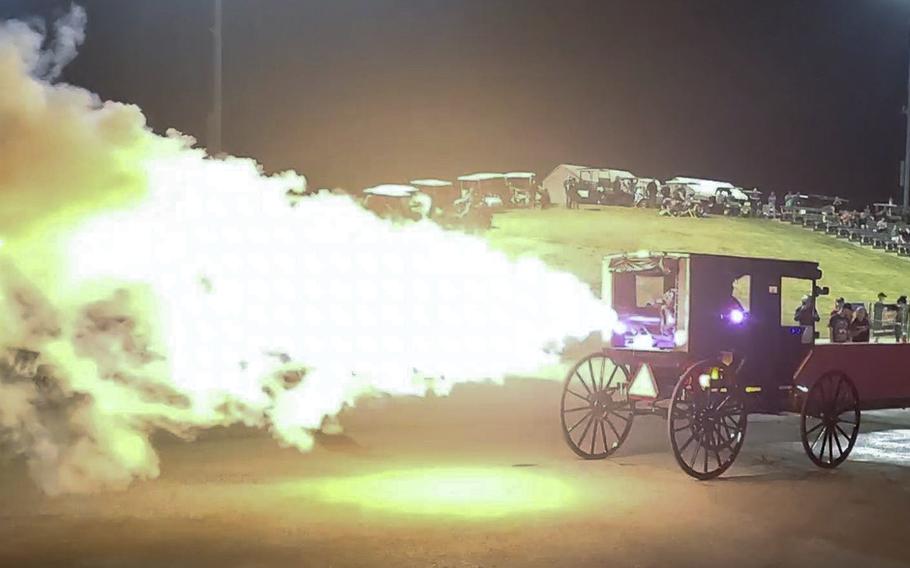 MILLERSBURG, Ohio (Tribune News Service) — What do you get when you cross a horse-drawn carriage with a jet engine?

If you’re Chad Clark and Mike Monter, who live in Ohio’s Amish Country where buggies are plentiful, you get Thunder Buggy (minus the horses, of course).

And you get on TV — on “Big Kenny’s Crank It Up Garage“ alongside other “custom cars, motorcycles, boats, planes and a range of other weird, wacky and interesting modes of transportation,” according to the show’s description.

Let’s not get ahead of ourselves, though. Inventions that catch the eye of Circle, a TV network geared toward country fans, don’t just appear every time thunder rumbles. Someone has to dream them up.

That’s where Clark and Monter come in. The Millersburg-area pair was watching a truck and tractor pull at the Holmes County Fair pre-COVID, when an idea sparked.

Clark and Monter are big fans of anything mechanical, and the project sounded like fun. So, Clark bought a turbine engine on eBay that “was advertised as a turboshaft engine,” meaning it could power a transmission, he said.

They drove to Pennsylvania, near Philadelphia, to pick up the engine a few days later. That’s when they discovered it wasn’t suited for the purpose they had intended. 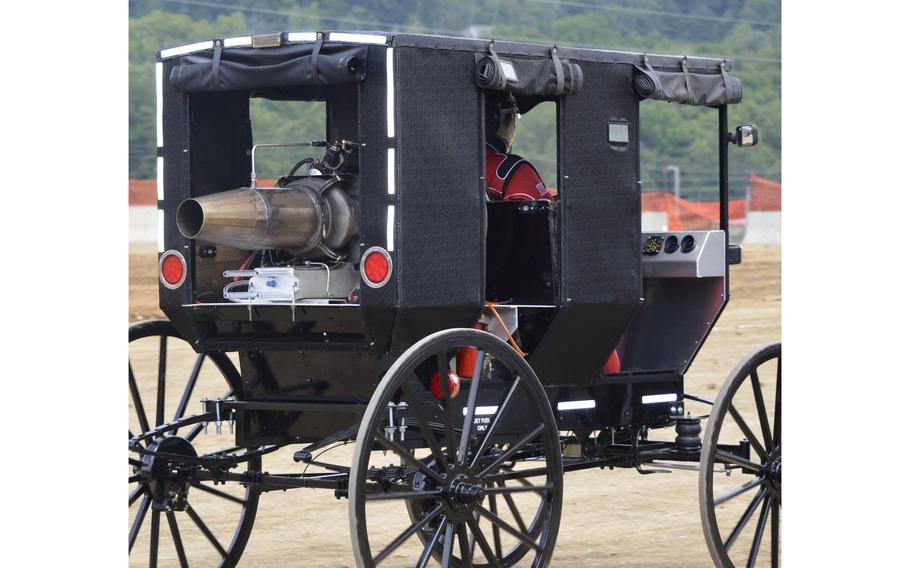 Clark figured it would be good for something, though. So he headed back to Ohio, turbine engine in tow.

On the drive home, Clark phoned an acquaintance who was familiar with the type of turbine engine he had purchased. The friend suggested using it in turbojet form (thrust-based) and to put it in a lightweight vehicle.

“After some thought, I had an idea,” Clark said. “... Let’s put it in an Amish buggy,” he pitched to Monter in an excited phone call. “After a few moments Mike’s response was, ‘I’m in. Let’s do it.’ And that’s how Thunder Buggy was born.”

It took several months to recondition and test the engine, and initially family members, while supportive, were a bit confused.

“The concept didn’t fully sink in until the other major component (the buggy) was acquired,” Monter said. “The initial build process began in the spring and summer of 2018.”

The men worked late into the evenings and early mornings — around their day jobs and time with family.

By mid-summer 2018, Thunder Buggy was finished. Additional modifications and updates were done in 2019 and 2020.

“The turbine engine at the heart of Thunder Buggy is a Boeing 502-12,” Clark said. “The engine was produced in the 1950s and 1960s for a variety of civilian and military applications. In turboshaft configuration it would have a rating of 360 horsepower.”

“That is plenty fast for a vehicle that was never designed to go much faster than 10-15 MPH,” Monter said.

Clark and Monter initially built Thunder Buggy for fun and to prove it could be done.

However, interest quickly grew and they started to book Thunder Buggy for a variety of events, including appearances at dragstrips, air and car shows as a form of entertainment.

Between the two of them, they estimate they have more than 900 man hours combined in the initial construction and additional modifications of the machine.

“We are continually looking for ways to improve Thunder Buggy so the investment in time is always ongoing,” Clark said.

When asked about the cost of their project they both responded, “That information is classified.”

Clark is the owner of a gravel mining business and is married to Sarah. They have three daughters and a son-in-law.

Monter is a manager at a software company and is married to Greta. They have two daughters, two sons-in-law and a granddaughter.

They are West Holmes graduates and, in addition to being close friends, they are neighbors.

For both Clark and Monter, their fathers and other family members influenced their interest in the mechanical and aviation fields. Clark and his father are licensed pilots and Monter’s father and brother both served in the U.S. Air Force.

“We are proud and honored to be part of the 10-episode series of ‘Big Kenny’s Crank It Up Garage‘ on Circle Network,” Clark said. “While Thunder Buggy is the focus of the episode, we also get to show off Holmes County in a unique fashion.”