President Joe Biden's team is intensifying its pressure on Republicans opposed to a bipartisan infrastructure agreement by spotlighting crumbling roads and bridges on a state-by-state basis that the funding could be used to rebuild.

The White House is seeking to win public support for a bipartisan deal reached by a group of senators and to turn up pressure on lawmakers by quantifying the level of infrastructure disrepair in each state. Many Republicans are expected to oppose the bipartisan framework as too costly, while House Democrats are seeking to make changes through informal negotiations in coming weeks.

The Senate's bipartisan bill - which amounts to $579 billion in new spending, or $973 billion when regular maintenance spending is factored in - initially won support from 21 senators, including 11 Republicans - enough for it to pass by regular order in that chamber. Some of those GOP senators have since objected, after it was linked by Biden to a bigger, Democrat-only budget bill.

The bipartisan framework doesn't specify state-by-state funding levels, leaving the White House unable to specify which projects would be completed if the package does get enacted. A White House official noted that specific programmatic details within each category continue to be negotiated in Congress.

"These state-by-state fact sheets will help folks localize the impact of these dollars, and better understand how these investments will make life better for their communities across the country," White House spokeswoman Emilie Simons said in a statement.

Biden's team this week has focused on maintaining support from Democrats amid their concerns that the framework does not adequately address climate change.

The fact sheets note that while the framework is a "critical step" in achieving the goals Biden laid out in his infrastructure-focused American Jobs Plan and the social-spending based American Families Plan, "there is more work to do" to boost the economy, create jobs, raise living standards and reduce pollution, some of which can be tackled in the second bill that Democrats are drafting.

Biden "will work with Congress to build on the Bipartisan Infrastructure Framework in legislation that moves in tandem, laying the foundation for a robust and equitable recovery for all Americans," the documents say.

Senate GOP leader Mitch McConnell hasn't endorsed the infrastructure plan, saying he needs to see how much it will cost and that it's credibly paid for.

The fact sheet on McConnell's state of Kentucky says there were 1,033 bridges and more than 1,322 miles of highway in poor condition as of April. Drivers pay $444 per year on average in costs related to driving on roads in need of repair, according to the data released by the White House.

The document doesn't specify how much money from the infrastructure framework would go to Kentucky specifically to repair its roads and bridges. It does highlight that the bipartisan Senate proposal includes $312 billion for transportation infrastructure nationwide, including $110 billion for roads, bridges and major projects.

"The need for action in Kentucky is clear," according to the White House document. "For decades, infrastructure in Kentucky has suffered from a systemic lack of investment. In fact, the American Society of Civil Engineers gave Kentucky a C- grade on its infrastructure report card."

The Kentucky fact sheet also says that 15% of trains and other transit vehicles in the state are past their useful life and that Kentuckians who commute via public transportation - more likely among the non-White population - spend an extra 60% of their time commuting.

The Senate framework includes, nationally, $48.5 billion for public transit and $66 billion for passenger and freight rail.

Another state highlighted by the White House is California, home to House Minority Leader Kevin McCarthy, where 1,536 bridges and 14,220 miles of highway were in poor condition as of April. The state is expected to need to spend $51 billion on its drinking water infrastructure in the next 20 years, the California fact sheet says - which could in small part be covered by some of the $55 billion the framework would provide.

In New York, where the largest Democratic congressional delegation might look to the White House for support in promoting the framework to skeptical voters, there were 1,702 bridges and more than 7,292 miles of highway in poor condition as of April.

Commute times have increased 7.4% and drivers pay an average of $625 a year in costs from driving on roads in need of repair, the White House estimates show. New York experienced 31 extreme weather events between 2010 and 2020 that cost the state up to $100 billion in damages. The framework includes $47 billion to improve infrastructure resiliency across the country and support communities as they recover from disasters. 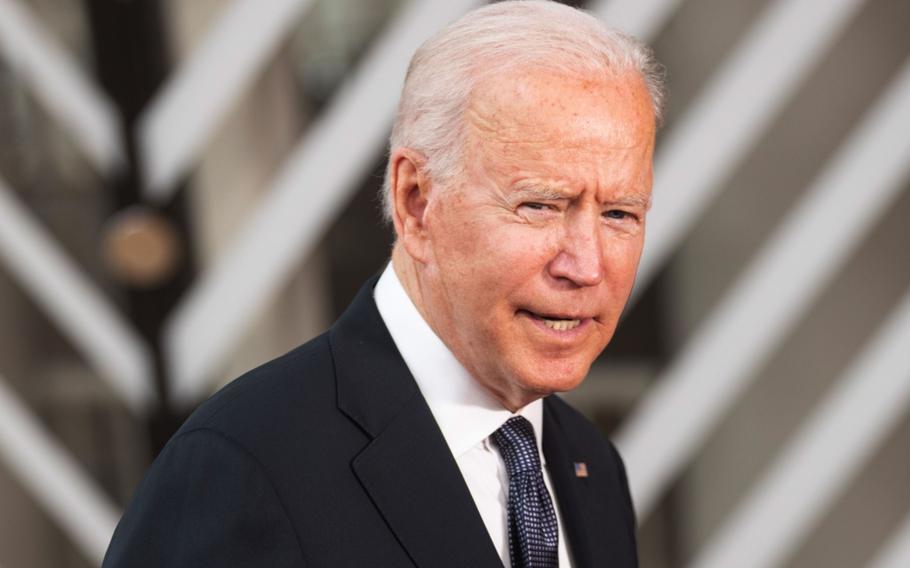