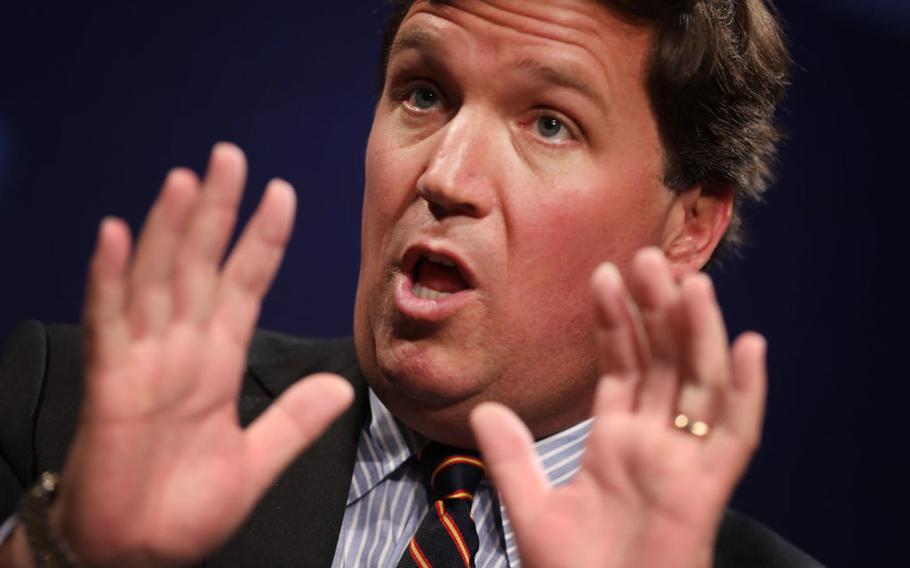 (Tribune News Service) — In a rare public rebuke, the National Security Agency denied Fox News host Tucker Carlson’s claims that he was being spied on and that the intelligence agency was trying to cancel his show.

“Tucker Carlson has never been an intelligence target of the Agency and the NSA has never had any plans to try to take his program off the air,” the NSA said in a statement Tuesday night, shortly before Carlson’s show aired.

The federal agency also reminded Carlson that, because of its foreign intelligence mission, the NSA “may not target US citizens without a court order that explicitly authorizes the targeting.”

On Monday, Carlson made the explosive claim that “the Biden administration is spying on us,” telling his millions of viewers that a whistleblower told him that the NSA was reading his texts and emails.

He also claimed that the NSA was trying to take down his show for “political reasons.”

Despite the NSA’s stringent denial, Carlson continued his rampage Tuesday night, calling the rebuttal “an infuriating dishonest formal statement” and “a(n) entire paragraph of lies written purely for the benefit of the intel community’s lackeys at CNN and MSNBC.”

“Orwellian does not begin to describe the experience, it was like living in China,” he said.

“Now that the Biden administration has classified tens of millions of patriotic Americans, the kind who served in the military and fly flags in front of their homes, as potential domestic terrorists, white supremacists saboteurs, we’re going to see a whole lot more of this kind of thing,”