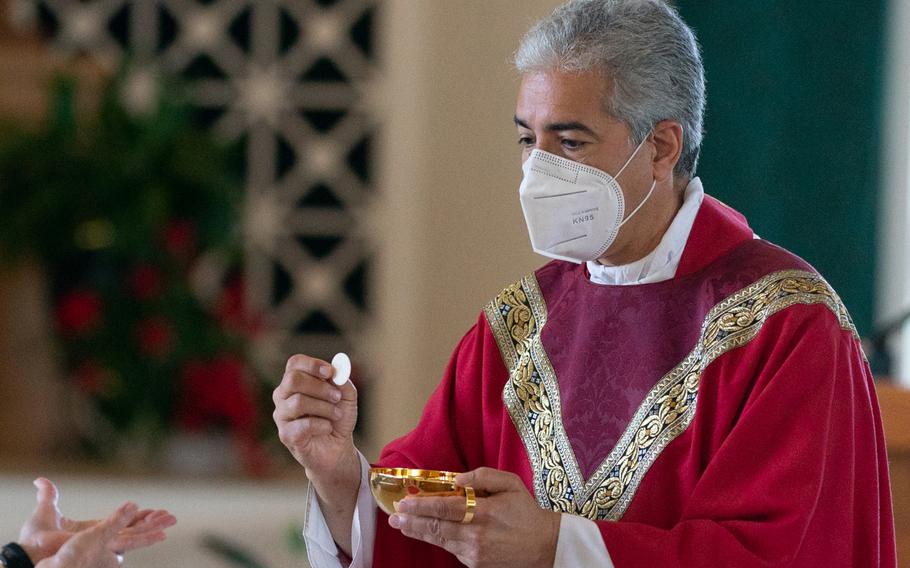 Days after a vote that triggered a tsunami of Catholic debate about Communion and politics, leading U.S. Catholic bishops working on an upcoming document about the sacrament are now de-emphasizing direct confrontation with President Joe Biden or other Catholic politicians who support abortion rights.

Seventy-five percent of members of the U.S. Conference of Catholic Bishops voted during their annual spring meeting on June 17 to go ahead with the drafting of a position paper on the "meaning of the Eucharist," the core ritual of the Catholic faith, believed to be the presence of Jesus. Before the vote, live on Zoom, dozens of bishops debated the fact that the proposal for the document was a response to the election of Joe Biden, a weekly Mass-attending Catholic who supports abortion rights.

During the three-day meeting of the U.S. bishops and in its aftermath, the bishops made conflicting statements about the document's intention.

The idea for the document came from a committee the USCCB created after the November election in order to deal with the "problem" of Biden and his abortion policy, and what some bishops see as a confusing scandal for other Catholics watching the country's most prominent member of their faith. President Joe Biden and first lady Jill Biden attend Mass in Delaware with daughter Ashley and her husband, Howard Krein, on Dec. 18, 2020, the anniversary of the car accident that killed the president's first wife and daughter. (Jonathan Newton/Washington Post )

During the meeting many bishops said Biden was exacerbating what many faith leaders see as an already big problem: most U.S. Catholics, polls show, don't attend Mass weekly and don't believe in the supernatural aspect of Communion. But many other bishops pushed back to say there shouldn't be a special emphasis on abortion and politicians, and such a document would politicize the sacrament.

Also during the meeting, bishops noted some letters exchanged between the Vatican and U.S. bishops before this spring meeting. The letters reflected discussion about a possible "national policy" on "worthiness" for Communion and possibly addressing in particular Catholic politicians who support abortion, euthanasia and other practices forbade by Catholic teaching.

Four days after the vote, on June 21, the USCCB released a Q&A excising past mention of Biden, a national policy or a focus on abortion.

"There will be no national policy on withholding Communion from politicians. The intent is to present a clear understanding of the Church's teachings to bring heightened awareness among the faithful of how the Eucharist can transform our lives and bring us closer to our creator and the life he wants for us," the Q&A said.

It said the document will be focused on the call of "all Catholics" to "support human life and dignity and other fundamental principles of Catholic moral and social teaching."

Also on June 21, Bishop Kevin Rhoades, chair of the Doctrine Committee that will oversee the creation of a draft document, told a Catholic news site that the document will be addressed to "all Catholics" - not just politicians. He said it will also focus on "Eucharistic consistency," and canon law that forbids from Communion people who are "conscious of serious sin" or "publicly unworthy," the laws read.

"These disciplinary laws have a medicinal, rather than punitive, purpose," he told Our Sunday Visitor.

Requests for comment from Rhoades and the USCCB were not returned Friday.

Jayd Henricks, a former top lay officials with the USCCB, said Friday his read is that while Biden's election may have been the catalyst for the document's creation, it's part of a much longer concern among bishops about Catholics not understanding or connecting with this core sacrament. The wording of "national policy," he said, was more about "giving guidance on a national level."

Bishop Shawn McKnight, of Jefferson City, Mo., who had argued during the USCCB meeting against going ahead with the document, Friday said the Q&A was a good sign. The "needle shifted a little bit," he said, away from a document aimed at a national policy and restrictions.

He also noted that Rhoades said there will be regional meetings of bishops this year in order to get more feedback.

McKnight said a general document on the Eucharist is "very appropriate," one that focuses on "How do we attract people and make the beauty of what it means to us more evident to our young people and for them to understand why it's so significant, instead being focused on who can and who cannot receive."