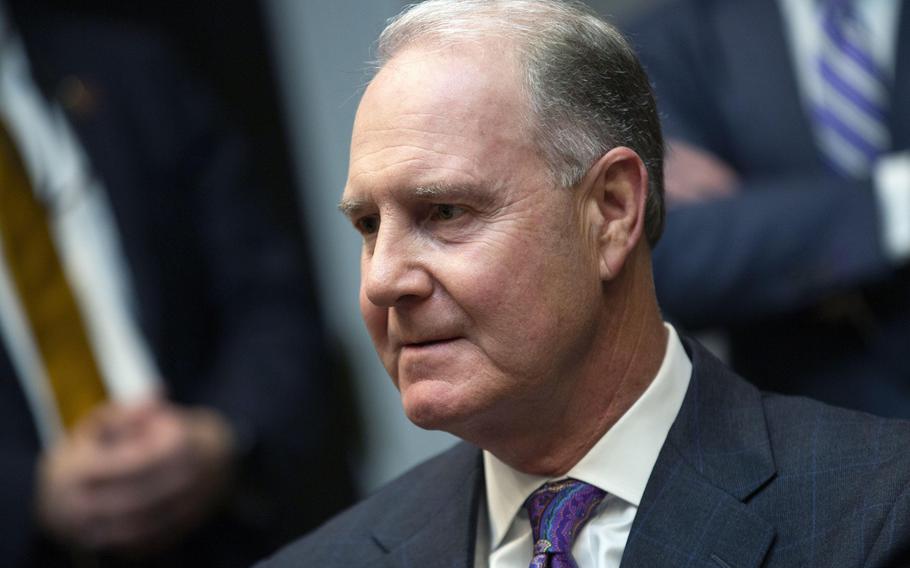 WASHINGTON — Southwest Airlines Co. Chief Executive Officer Gary Kelly will step down in 2022 after more than 17 years in which he transformed the brash discounter into the largest U.S. carrier by domestic passengers and expanded its network abroad.

He will be succeeded by Robert Jordan, 60, the company's executive vice president of corporate services.

Kelly, 66, will give up the CEO title Feb. 1 and stay on as executive chairman through at least 2026, the airline said Wednesday in a statement. Jordan was picked over President Tom Nealon and Chief Operating Officer Mike Van de Ven, who were viewed as potential successors to Kelly.

The leadership transition caps a tumultuous two-year period for Southwest, which was grappling with the grounding of the Boeing Co. 737 Max when the coronavirus pandemic all but erased demand for air travel in early 2020. High on Jordan's to-do list will be repaying billions in debt, deciding how much to expand international service and safeguarding a distinctive, freewheeling company culture under threat from years of corporate growth.

"Working closely with President Tom Nealon and Chief Operating Officer Mike Van de Ven, we will begin developing transition plans in the coming weeks and months." Kelly said in the statement. "These three top-notch leaders make for a powerful team to lead us forward."

Jordan will be Southwest's third CEO since co-founder Herb Kelleher, who left the top job in 2001 and died two years ago. Southwest announced Jordan's appointment days after celebrating the 50th anniversary of the company's founding.

The next chief is a long-time Southwest executive who joined the carrier in 1988. He served as president of AirTran Airways from 2011 to 2014 after it was acquired by Southwest, overseeing the corporate integration.

He also has served as chief commercial officer and overseen strategy and planning, technology and purchasing at the Dallas-based airline.

"We are extremely excited for Bob to take over," Casey Murray, head of the Southwest Airlines Pilots Association, said in an interview. "He's been active for the past decade and we're looking forward to his leadership to see what he brings."

Kelly took the reins in 2004 and said at the time that the airline sector "was a financial disaster." But he extended Southwest's industry-best run of annual profits, which began in 1972 and ended last year because of the pandemic.

The departing CEO also led Southwest through the 20-month grounding of the Max, the mainstay of the company's future fleet. Earlier this year, after weighing whether to place its first order of Airbus SE planes, Southwest opted to keep an all-Boeing fleet and ordered 100 more Max jets as it rebuilds service for customers flocking back to airlines as COVID-19 vaccines help limit infections.

Kelly often quoted Kelleher, who pioneered Southwest's maverick spirit and reputation for playing hard as well as working hard. Kelly leads the airline's yearly Halloween celebration, dressing up at one time or another as Frankenstein, Gene Simmons from the band Kiss and even Snow White.