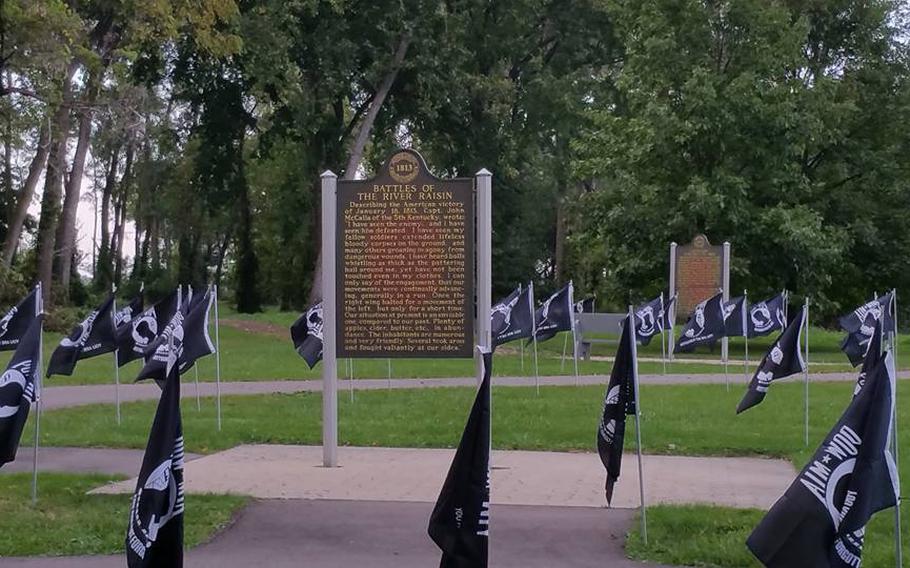 MONROE, Mich. (Tribune News Service) — The city of Monroe is calling on the federal government to increase funding for the River Raisin National Battlefield Park.

"The Monroe City Council of the City of Monroe is vehemently disappointed in and opposed to the Biden Administration's proposed Fiscal Year 2022 budget for the River Raisin National Battlefield Park and urges the United States Congress to reject the Administration's recommendation and calls for an increase to the federal base budget of the River Raisin National Battlefield Park to continue the development and implementation of important education and conservation programs across the described strategic priorities of the National Park Service," the resolution reads.

Mark Cochran, Assistant to the City Manager and Economic Development Coordinator, said that the resolution is a response to the battlefield receiving no increase in base funding under President Biden's proposed budget. Specific dollar amounts were not discussed, but Cochran said that the lack of a funding increase conflicts with the Biden Administration's stated budget priorities for the National Park Service — specifically its stated desire to support parks that are research learning centers, and/or are advancing efforts to support conservation and restoration of natural resources, as well as racial justice and equity in underserved communities.

The city is arguing that the battlefield hits all three of these areas of priority, with council's agenda packet noting that the park is largely situated on several brownfield sites, hosts numerous educational programs on local history, and has partnered with the Wyandotte of Anderdon to increase the public's knowledge of the United States Government's mistreatment of Native Americans.

"Our national park in Monroe hit three of the highest priorities that received the highest funding for the park service," Cochran told council. "However, the River Raisin National Battlefield Park did not receive any funding allocations for those areas... Tonight's resolution is in hopes of pressing our federal legislators, when the budget comes up for consideration, for congress to take a look at the line item appropriated for the River Raisin National Battlefield Park."

Cochran said that, when looked at on a per-visitor basis, the battlefield has the second lowest Fiscal Year 2022 proposed funding out of all national parks, battlefields and military parks at roughly $2.89 per visitor. Cochran also said that the battlefield was one of only 15 National Parks to see a record increase in attendance in 2020.

The resolution will be sent to Secretary of the United States Department of Interior, Deb Haaland, as well as U.S. Reps. Tim Walberg, Debbie Dingell and Rashida Tlaib, and Senators Gary Peters and Debbie Stabenow.