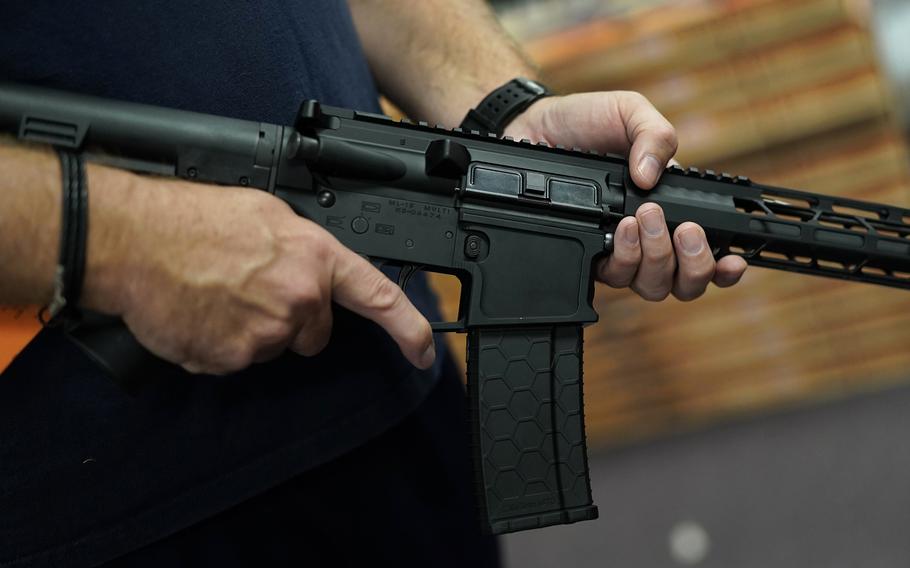 California has appealed a judge's ruling that the state's ban on assault weapons is unconstitutional. (Timothy A. Clary, AFP/TNS)

In a brief order, a three-judge panel of the U.S. 9th Circuit Court of Appeals issued a stay of Judge Roger T. Benitez’s June 4 decision, in which he likened an AR-15 semiautomatic to a Swiss Army knife and called it “good for both home and battle.”

“This leaves our assault weapons laws in effect while appellate proceedings continue,” Bonta said said in a tweet. “We won’t stop defending these life-saving laws.”

The 9th Circuit judges on the panel issuing the stay were Barry G. Silverman, a Clinton appointee, Jacqueline Nguyen, an Obama appointee, and Ryan D. Nelson, a Trump appointee.

Benitez, appointed by former President George W. Bush, said the weapons ban unconstitutionally infringed on the rights of California gun owners and “has had no effect” on curtailing mass shootings.

California is one of seven states and Washington, D.C., that ban assault weapons. The California case is expected eventually to go up to the Supreme Court, where a majority of justices are conservative and some have been highly critical of gun regulations.

Twenty-two states, led by Arizona, which is under the 9th Circuit’s jurisdiction, asked the appeals court to uphold the order against California’s law.

“Calling modern rifles ‘assault weapons’ is a misnomer — they are most often used by law-abiding citizens for lawful purposes like personal protection or target and sport shooting,” the states argued. “There is nothing sinister about citizens keeping or bearing a modern rifle.”

California passed the ban more than 30 years ago in response to a 1989 mass shooting in a Stockton school yard. The shooter used an AK-47 and large-capacity magazines to kill five children.

California’s law restricts the manufacture, importation, sale, and possession of rifles, pistols, and shotguns defined as “assault weapons” under the state’s penal code.

Benitez’s decision was his third ruling in favor of gun owners. His other two decisions also are being appealed. Benitez serves in the Southern District of California.