Defense Secretary Lloyd Austin has for the first time thrown his support behind removing decision-making from military commanders over prosecution in cases of sexual assault.

In a statement issued Tuesday, Austin said the Pentagon would work with Congress to amend the Uniform Code of Military Justice by removing the prosecution of sexual assaults and similar offenses from the military chain of command.

The statement comes a day after Austin received the final recommendations of the Independent Review Commission on Sexual Assault and Sexual Harassment, which he established on Feb. 26.

“The IRC recommended the inclusion of other special victims’ crimes inside this independent prosecution system, to include domestic violence,” Austin said in the statement. “I support this as well, given the strong correlation between these sorts of crimes and the prevalence of sexual assault.”

Austin said that in coming days he would provide President Joe Biden specific recommendations based on the findings. 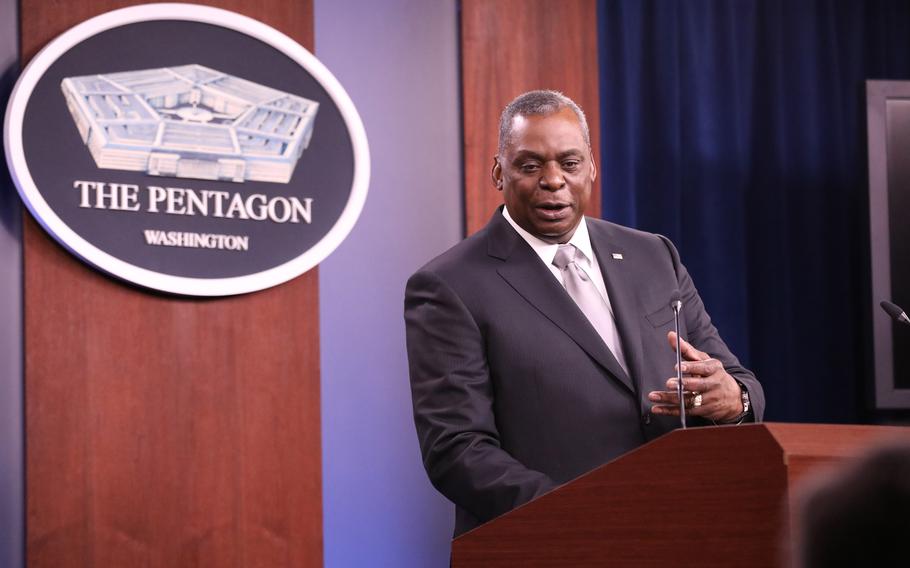 The about-face on removing such prosecutions from the chain of command comes after the Pentagon’s long-held opposition to the idea.

Some key lawmakers remain staunch in their resistance to the change.

Sen. Kirsten Gillibrand, D-N.Y., has authored legislation that would establish a system of independent prosecutors to handle more serious felonies in the military. She has garnered a filibuster-proof level of support from 66 senators, including 43 Democrats, 21 Republicans and two independents.

Senators Jack Reed, D-R.I, and Jim Inhofe, R-Okla., respectively the chair and ranking member of the Senate Armed Services Committee, have blocked the legislation from advancing.

On Tuesday, Inhofe released letters from top U.S. military leaders that argue, to one degree or another, prosecution should remain in the chain of command.

“It is my professional opinion that removing commanders from prosecution decisions … may have an adverse effect on readiness, mission accomplishment, good order and discipline, justice, unit cohesion, trust, and loyalty between commanders and those they lead,” Gen. Mark Milley, chairman of the Joint Chiefs of Staff, said in a passage posted on Inhofe’s official website.

Austin said in his statement that addressing and solving the problem of sexual assault and harassment in the military will require not just reforming accountability but also “changes to our approach on prevention, command climate, and victim services.”

“I am reviewing the full scope of the commission’s recommendations in these areas, but generally they appear strong and well-grounded,” he said. “I have directed my staff to do a detailed assessment and implementation plan for my review and approval.”

Whatever changes are ultimately decided upon, the Defense Department will need adequate funding to implement them, Austin said.

“We will most assuredly require additional resources, both in personnel and in funding,” he said. “But it may take us some time to determine how much and where they are most wisely applied.”