Navy sailor from Virginia attracts customers for his ginger lemonade

“I had it one time in Atlanta and I wanted it so often, I figured out how to make it on my own,” he said.

“I got it right and was really consistent with it,” he said. “I found a good balance.”

The all-natural drink contains just the right amount of alkaline water, cane sugar, ginger and fresh fruit. Family, friends and fellow service members tasted it and encouraged him to turn his hobby into a product.

Surprised but excited, Hale Jr. ordered bottles on Amazon, shot some photos of lemons and ginger side-by-side on his kitchen counter and began posting about the drink on Facebook roughly 2 1/2 years ago.

The response was overwhelming. GingerHale’s Lemonade was born.

He sold it to crew members when he was stationed on board the USS Lincoln and went to vendor events, too.

“It was cool to see people’s positive reactions to something I created,” Hale Jr. said.

Shavonne Alexander, owner of Desmond’s Island Soul Grill in Virginia Beach, said she knew the first time she tried GingerHale’s that she wanted to carry it beside the other local products she stocks.

“People come specifically for GingerHale’s,” Alexander said. “Everyone has the flavor they love.”

Through relationships and word-of-mouth, Hale Jr. has grown his business and quadrupled sales during the pandemic. He said his goal is to have GingerHale’s in 30 stores in Hampton Roads by the end of the year.

“I’m looking to expand to different restaurants and storefronts,” he said.

And he wants others to know the health benefits associated with ginger, including providing relief for inflammation, nausea, pain and menstrual cramps. Reports available online through the National Library of Medicine acknowledge that studies have observed effects for these uses, although reported results were mixed for participants.

“I’ve always been a fan of ginger,” he said. “I grew up eating gingersnaps all the time.”

Currently on shore duty in Maryland, Hale Jr. plans to end his naval career at 10 years and pursue his entrepreneurship full-time.

Fortunately, he didn’t need to wait for life to give him lemons to make lemonade. 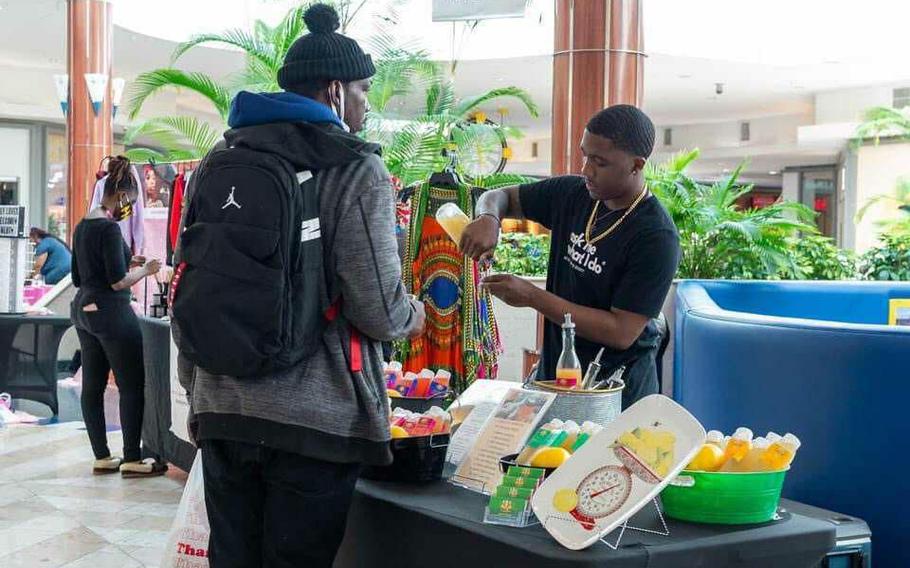 “It was cool to see people’s positive reactions to something I created,” says Carl Hale Jr., who liked ginger lemonade so much he launched his own brand, GingerHale’s Lemonade. (Facebook)