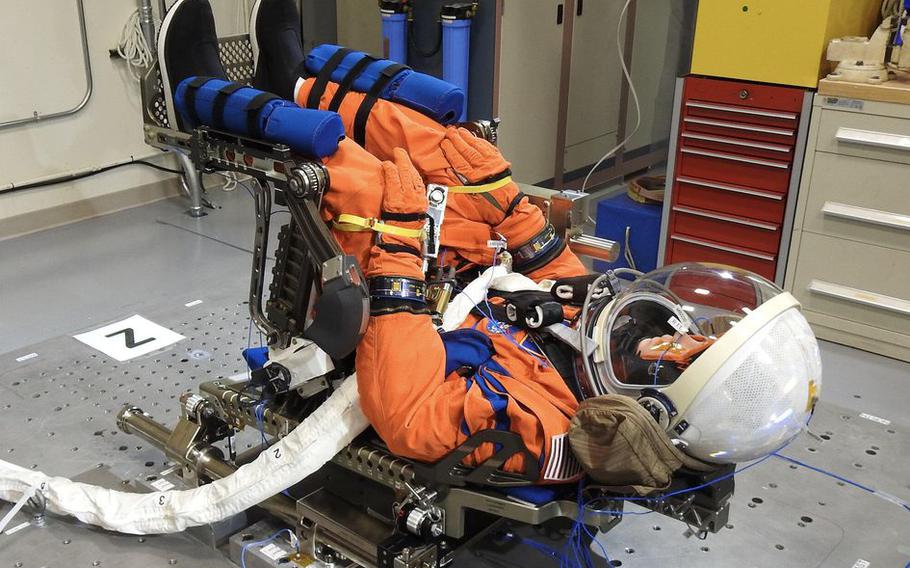 NASA mannequin that will be sent to the moon needs a name. (NASA)

(Tribune News Service) — NASA is sending a mannequin around the moon and you can help name it.

Slated to launch this November, a mannequin will be on board an uncrewed flight test of the Space Launch System and the Orion spacecraft, NASA said in a press release.

Its mission? Collect data to help astronauts on future trips.

This test flight comes ahead of the the Artemis II spaceflight scheduled for 2023. The mannequin is designed to resemble the human body and is used in training for emergency rescues, medical education and research.

The mannequin will be geared up with two radiation sensors and a first-generation Orion Crew Survival System spacesuit, according to the release.

The bracket-style competition began June 16, and you can vote online at nasa.gov/namethemoonikin. The final vote is June 28 and an winner will be announced the next day.

Here are the names to choose from and how NASA describes them:

3. DELOS: Nostalgic, romantic. The island where Apollo and Artemis were born, according to Greek myth.

5. MONTGOMERY: Pioneer, innovative. A dedication to Julius Montgomery, first African American to work at the Cape Canaveral Space Facility as a technical professional.

6. RIGEL: Bright, inspirational. The giant superstar in the Orion constellation.

7. SHACKLETON: Secretive, abundant. A crater on the Moon’s south pole and a reference to a famous Antarctic explorer.

In the last vote between Wargo and Ace, Ace was named the winner. The vote Friday will be against Delos and Duhart. Results will be posted daily on NASA’s website.