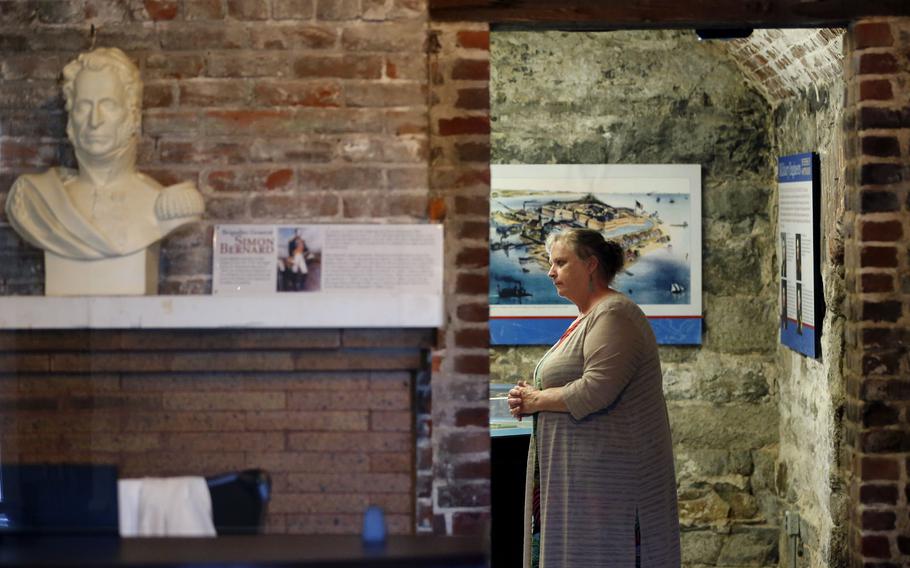 HAMPTON, Va. (Tribune News Service) — The mannequins perched in the Casemate Museum’s window had to go.

They were rotting, taking up space in exhibits, making the place smell musty.

That was months ago. As of this week, the museum looks noticeably clutter-free, if not empty — and not because it’s been shut during the pandemic.

Gone are some old mattresses and unrepairable relics from exhibits. Gone are covers over windows dimming the light filtering in. Other things, such as some pictures and periodicals, were removed too but stored in archives for now. Also gone is the musty smell.

“I’m moving towards a complete gallery, a complete museum redesigned, from the inside out, from one end to the other, with, instead of staggered displays with lots of text on the walls, there’s interactives, there’s lights, there’s motion, there’s sound. We have to maintain the environment. And you can’t do that when you have so much stuff everywhere.”

At long last, the Casemate Museum and the Fort Monroe Visitor and Education center reopened Friday for weekend hours after being shut for months due to COVID-19 restrictions. The facilities also reopened this week to commemorate Juneteenth. 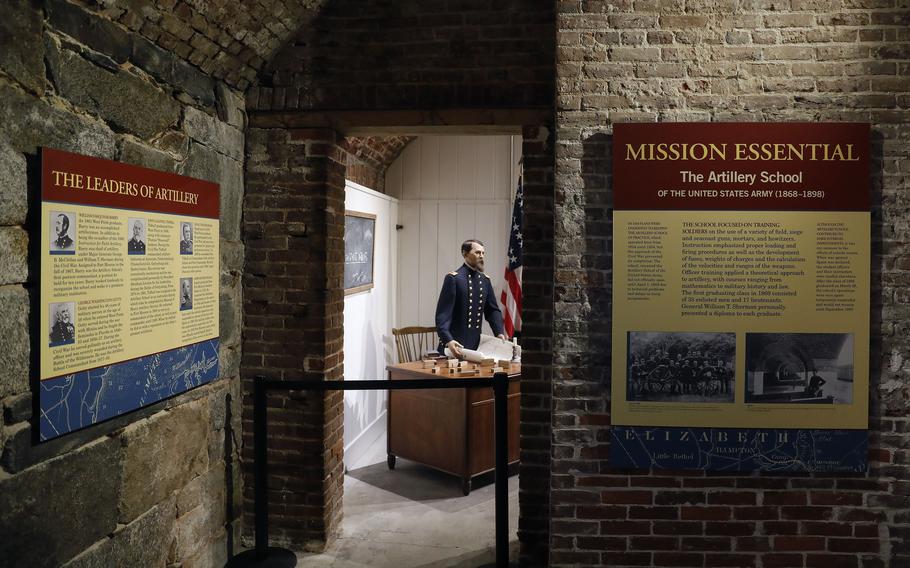 The Casemate Museum on Fort Monroe has updated and changed exhibits as it prepares to reopen to the public Friday, June 18, 2021. (Jonathon Gruenke/Daily Press)

In addition to a required timed-ticket entry for the Casemate, the reopening marks change in how the exhibits reflect the stories of the people and events that took place on the land, now called Fort Monroe, throughout the past 400 years. A new staff with full- and -part-time employees, including an archivist and eventually a collections specialist, will assist with the evolving vision.

Bonnell has been in the director’s role since last summer and brings the strategies she used when she redesigned the U.S. Women’s Army Museum. What that looks like at the Casemate is reworking things, elements, spaces to create a more inclusive story — such as adding the history about the U.S. Colored Troops and Women’s Army Corps and other narratives, such as the Contraband story and those who built the fort.

“It’s almost sort of a clearing, to be able to get a vision, and how those stories then can evolve. And you can only do that if you sort of peel back the layers of what’s in the museum,” she said. “You cannot re-envision something until you peel back those layers. And part of that is removing those things that are obstacles.”

Another change is what used to be the back door is now where visitors will enter and be greeted by a staffer instead of a security guard. The gift shop that was in the old front, has been relocated to the new back door. There are massive stone cannons pointed at the windows — its original purpose, which are now accessible to the public. By fall, the whole cannon section will be illuminated and visible from outside.

Part of the Casemate’s revamp calls for digging through a trove of artifacts, vintage documentation, maps and other media stored in the museum’s adjacent archive room. They possess valuable nuggets that help tell the stories. Ali Kolleda, the archivist spends her days cataloguing the information so it can be easily accessible.

“I’m going through box by box systematically, and taking a complete inventory from scratch of the collection,” Kolleda said. “It ranges from, old letters to photographs to military documents, certificates. We have some microfilm some reports, books ... a complete library of reference books... a little old blueprint map.”

Bonnell said her job then “is to begin to find out, seek out, interpret the stories and add them back into the museum, so that it becomes a wider narrative.”

Walking through the arched masonry, it’s easy to see evidence of water damage and the exposed pipes, especially in the new front area.

“They have to remember, it’s all a work in progress,” Bonnell said. “What’s designed in here is to show not only the history of the fort, but the challenges of having a museum in a space that wasn’t built for a museum. This is what a 200-year-old space looks like. So that they understand the living, breathing, you know, building with a rich history, and it’s gone through multiple uses and reuses.”

The Visitor & Education Center opens from 9:30 a.m. to 4:30 p.m., every Friday through Sunday. Visitors are encouraged to begin there to learn information about the city and fort and pick up guided maps for walking tours and the Fort Monroe National Monument.

Reservations for free time-ticketed entry to the Casemate may be made online at fortmonroe.org or tickets can be picked up same day at the visitor center. The museum is open from 10 to 4 p.m., also Friday, Saturday and Sunday, with the last tours beginning at 3:30 p.m.