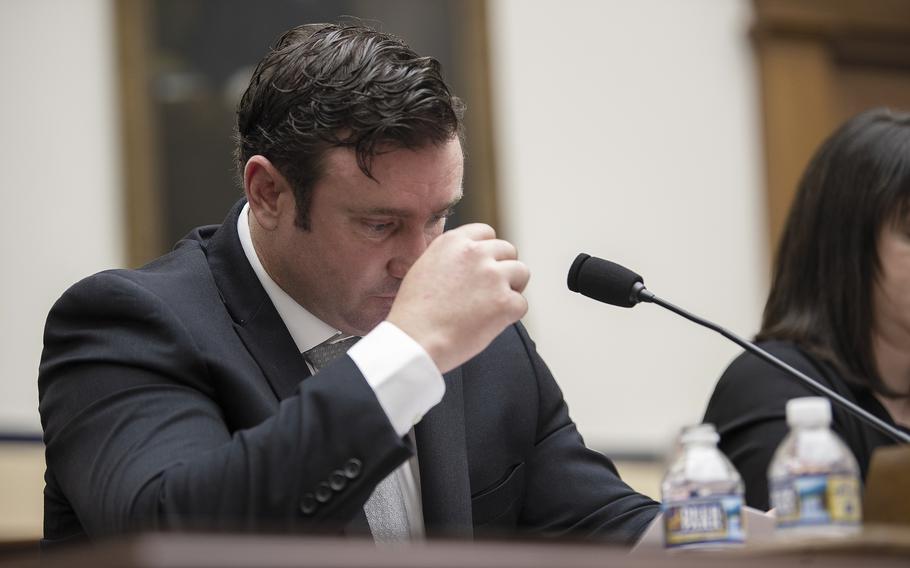 WASHINGTON — The Defense Department released guidelines Thursday on how troops can now sue the military for medical malpractice, which they had been barred from doing for more than 70 years.

The Pentagon will begin paying service members or their estates next month for substantiated claims of less than $100,000 that were filed within two years of a medical malpractice incident, according to the information published in the Federal Register.

The Treasury Department will cover claims totaling more than $100,000, according to the register.

As of April 1, there were 227 cases totaling $2.16 billion awaiting adjudication, according to a Bloomberg report at that time. Updated numbers were not immediately available Thursday from the Pentagon.

Since 1950, service members have been barred from suing the government for medical malpractice after the Supreme Court that year ruled in the case of Feres v. United States that active-duty troops cannot sue the government for personal injuries suffered while in service, according to the register.

The Supreme Court case was named for Army Lt. Rudolph Feres, who died in a 1947 Pine Camp, N.Y., barracks fire. Lawyers argued the Army owed his widow compensation because it was negligent in not fixing a defective heating plant and a fire guard in the area did not maintain adequate fire watch, according to the court opinion.

"We conclude that the government is not liable under the Federal Tort Claims Act for injuries to servicemen where the injuries arise out of or are in the course of activity incident to service," the Supreme Court wrote in its opinion.

But a provision in the 2020 National Defense Authorization Act, which sets policy and spending priorities for the Pentagon, ended the ban on suing for medical malpractice, after Sgt. 1st Class Richard Stayskal and his attorney, Natalie Khawan, petitioned lawmakers to change the law. The Feres ruling barred Stayskal from filing suit after military doctors during a routine physical in January 2017 failed to inform him of his lung cancer, which grew to be terminal.

“A few years ago, when Richard came to me and asked for help to find a law, some way that he and his family be made whole after suffering from military medical practice, we went to The Hill and we worked hard to be where we are today,” Khawan said Thursday during a news conference streamed on Facebook.

The Richard Stayskal Military Medical Accountability Act of 2019 was then included and passed in the 2020 NDAA, which former President Donald Trump signed into law Dec. 20, 2019.

The new regulation will come into effect in 30 days. While it includes the two-year statute of limitations, the regulation is retroactive and will allow filing claims from 2017, two years before the NDAA was signed into law.

To file a claim, service members or their representative must submit a signed, written claim including the facts behind the claim and the dollar amount requested, according to the Federal Register.

In some cases, an affidavit affirming the claimant consulted with a health care professional who stated a “DOD health care provider breached the standard of care that caused the alleged harm” must also be included, according to the register.

“It’s been a long time coming but it’s here,” Stayskal said at the news conference. “It's a great day for the military and for the service members to finally be able to be made whole through unfortunate situations.”