The five-year bill includes $25 billion for passenger rail, mostly as grants to Amtrak, a funding boost at a time when the network is pitching ambitious expansion plans. The bill includes $28 billion for transportation construction grants, including a $2 billion-a-year program to fund projects that could have a national impact.

It also funds car and truck safety agencies to the tune of more than $10 billion. The vote was 25-3, with the votes against it cast by Republicans.

Sen. Maria Cantwell, D-Wash., the chair of the committee, said the bill would serve as a boost to the American economy and help to create jobs.

"We want Midwest agricultural products to reach their destination and be able to compete," she said. "We want our ports around the United States to be cost-effective and competitive. And we want to make sure that our transportation infrastructure works."

The bill is advancing alongside negotiations between a group of 10 senators and President Joe Biden about a broader infrastructure package. Regardless of whether that kind of a deal can be reached, lawmakers face a Sept. 30 deadline to approve core federal transportation policies and funding.

The bill was developed with the committee's top Republican, Sen. Roger Wicker of Mississippi, who said it was evidence that bipartisan cooperation was possible in the Senate.

"It is essential that we work to find common ground to make sure our extensive rail network keeps pace with a growing economy, that trucks are able to get goods to port and that rural and disadvantaged communities are given adequate resources," he said.

It is up to the Banking, Housing and Urban Affairs Committee to propose legislation on transit, and the Finance Committee to offer a way to foot the bill, with both issues likely to prove thorny. Sen. Pat Toomey of Pennsylvania, the leading Republican on the Banking Committee, has questioned the need for a significant increase in transit spending, a core goal of Democrats who see it as helping the environment and disadvantaged communities.

At a hearing Tuesday, Toomey said Biden's proposals were "wildly excessive," pointing to an $85 billion boost in transit funding. Toomey said the responsibility for paying for transit and other infrastructure should primarily fall on state and local governments.

"Bus and rail stations built in San Francisco don't do a lot for people in Pittsburgh," he said.

There is also no agreement on how to pay. The spending levels lawmakers are considering far outstrip what is brought in by gas taxes and fees on trucking that historically have funded transportation, and there is little appetite for raising them. Biden has proposed raising taxes on corporations, while Republicans have suggested repurposing money Congress approved in a coronavirus relief package this spring.

"While it was important that Congress provide relief to the families and businesses directly impacted by the pandemic, the Democrats' so-called covid bill, the American Rescue Plan Act, was full of wasteful spending that has nothing to do with the crisis," he said.

That amendment and others that were unsuccessfully proposed by Republicans underscored that while the bill as a whole has bipartisan support, there are areas where members of each party disagree.

Sen. Mike Lee, R-Utah, proposed removing requirements for automatic braking and systems to automatically keep cars in their lane, questioning whether the technology was proven. Sen. John Thune, R-S.D., pressed to include rules for the use of self-driving vehicles that Cantwell said needed more debate.

Lee also proposed setting a goal that Amtrak become financially self-sustaining. But Sen. Jon Tester, D-Mont., said that if the service is to maintain long-distance routes, it will need government support.

"If we can make Amtrak a more reliable, better experience, you're going to see a lot of economic growth and opportunity come out of that," Tester said. "But without subsidies, it's done."

In the House, transportation policy is the responsibility of a single committee, which last week approved a $547 billion bill largely along party lines. A floor vote is scheduled in the coming weeks. That bill would offer almost triple the amount of funding for rail that the Senate bill proposes. 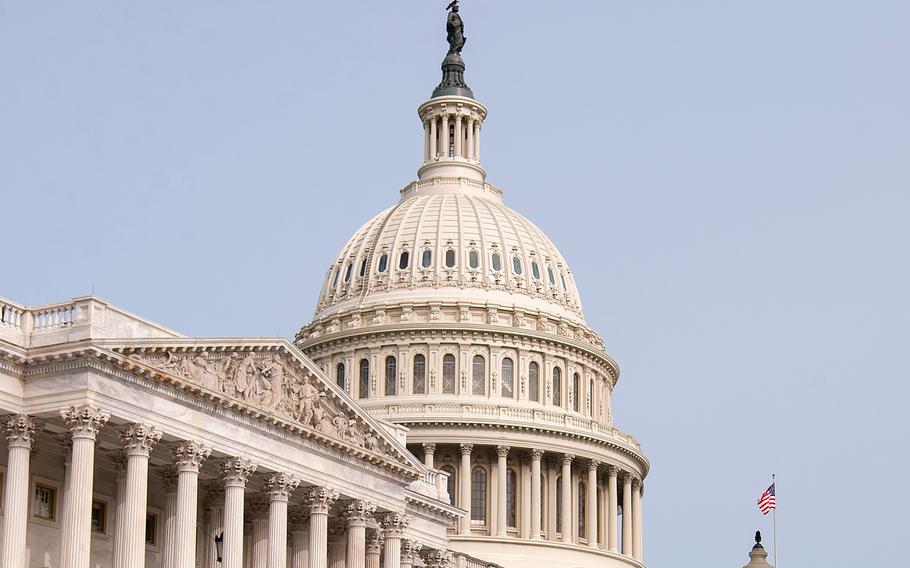