One of the first cruises scheduled to sail from the United States has been postponed after eight crew members tested positive for the coronavirus during routine testing.

Royal Caribbean International’s Odyssey of the Seas, which was scheduled to sail to the Caribbean on July 3 from Fort Lauderdale, Fla., will now start its first voyage on July 31.

“Two steps forward and one step back!” Royal Caribbean International CEO Michael Bayley wrote in a Facebook post Tuesday night. He said the decision was made “out of an abundance of caution.”

It’s the latest reminder of the difficulty of keeping the virus off cruise ships, which have not carried passengers from U.S. shores since March 2020. Earlier this month, two passengers on a Celebrity cruise that left St. Maarten tested positive during a Caribbean sailing, despite a requirement that everyone over 16 be fully vaccinated. Also this month, two people on an MSC cruise in the Mediterranean tested positive during a routine test; vaccinations were not required for that voyage.

All 1,400 crew members on Odyssey of the Seas got the Johnson & Johnson vaccine on June 4, according to the cruise line. Because the vaccine only requires one dose, they would have been considered fully vaccinated after two weeks had passed. But the crew members in question tested positive on June 10. Two have mild symptoms, and the rest are asymptomatic.

Now, all crew are being quarantined for 14 days “to protect the remaining crew and prevent any further cases,” with routine testing continuing, Bayley wrote.

The Miami-based cruise line announced plans earlier this month for Odyssey of the Seas, its newest ship, to start Caribbean cruises on July 3. It would have been the second Royal Caribbean ship to sail from the United States, following Freedom of the Seas on July 2.

A test cruise on Odyssey, which is required by the Centers for Disease Control and Prevention if fewer than 95% of passengers will be vaccinated, had been scheduled for late June but has also been postponed.

“Guests and travel partners will be notified and given several options to consider,” the company said in a statement. “While disappointing, this is the right decision for the health and well-being of our crew and guests.”

Royal Caribbean is requiring passengers older than 16 to be fully vaccinated on cruises from all ports in the United States except those in Florida, where a state law says companies are not allowed to require proof of vaccination. As of Aug. 1, all passengers 12 and older will have to be vaccinated unless they are sailing from Florida. Vaccination is required for crew.

In Florida, where the bulk of U.S. cruises originate, Royal Caribbean says “all guests are strongly recommended to be fully vaccinated.” The company said it expects 90% of guests will be fully vaccinated, based on its own surveys.

“Guests eligible but not fully vaccinated or able to show proof of vaccination will be subject to testing and additional health protocols at their own expense,” the cruise line said.

Representatives of Florida Gov. Ron DeSantis, R, have said that any businesses found to be in violation of the law banning vaccine requirements “would be subject to a fine of up to $5,000 per violation.” Still, some cruise lines — including Celebrity, part of Royal Caribbean Group — are requiring passengers to be vaccinated.

Some Facebook users pleaded with Bayley to put the same requirement in place.

“Can we PLEASE do fully vaccinated cruises from Florida?!???” one woman wrote. “I feel like things like this are going to be significantly worse without fully vaccinated passengers and crew....I know cases will happen but I want [Royal] to have success in sailing during this time and vaccines really will set you up for success!” 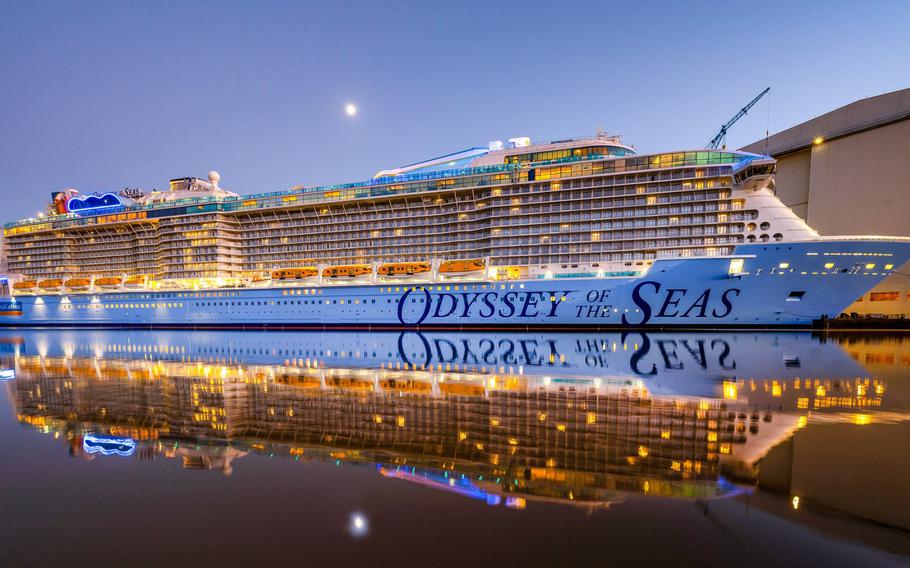