FAYETTEVILLE, N.C. (Tribune News Service) — The U.S. Army Airborne and Special Operations Museum will host two events commemorating what is said to be “the forgotten war.”

June 25-28 the museum will exhibit the Traveling Korean Memorial on the Museum’s Parade Field. The memorial consists of 19 soldiers walking through a Korean rice paddy, and has four statistical signs, a sign requesting silence, and a sign reading “The Forgotten War.

This exhibit is free to the public.

On June 26, museum patrons will have the opportunity to experience an in-person author visit with Melinda Pash as she discusses her book “In the Shadow of the Greatest Generation: the Americans Who Fought the Korean War.”

This event will take place in the Yarborough Bank Theater at 2 p.m. and is free to the public.

Largely overshadowed by World War II’s “greatest generation” and the more vocal veterans of the Vietnam era, Pash’s book is focused on the Korean War veterans who remain relatively invisible in the narratives of both war and its aftermath.

Yet, just as the beaches of Normandy and the jungles of Vietnam worked profound changes on conflict participants, the Korean Peninsula chipped away at the beliefs, physical and mental well-being, and fortitude of Americans completing wartime tours of duty there, according to the book’s description. Upon returning home, Korean War veterans struggled with home-front attitudes toward the war, faced employment and family dilemmas, and wrestled with readjustment.

Not unlike other wars, Korea proved a formative and defining influence on the men and women stationed in theater, on their loved ones, and in some measure on American culture. “In the Shadow of the Greatest Generation” not only gives voice to those Americans who served in the “forgotten war” but chronicles the larger personal and collective consequences of waging war the American way.

Pash’s love of history started early. One of her first memories is of news footage of the fall of Saigon when her father said, “Watch this, this is history being made.” When she entered graduate school, Pash thought to choose a topic on the Vietnam War to research, but a chance encounter with a group of Korean War veterans made her take a closer look at “The Forgotten War” and the men and women who served in Korea. 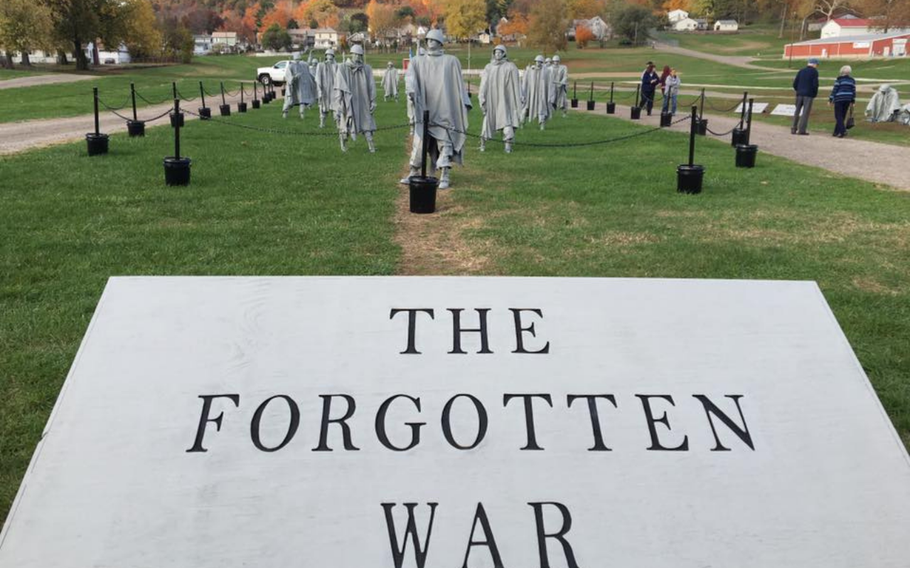