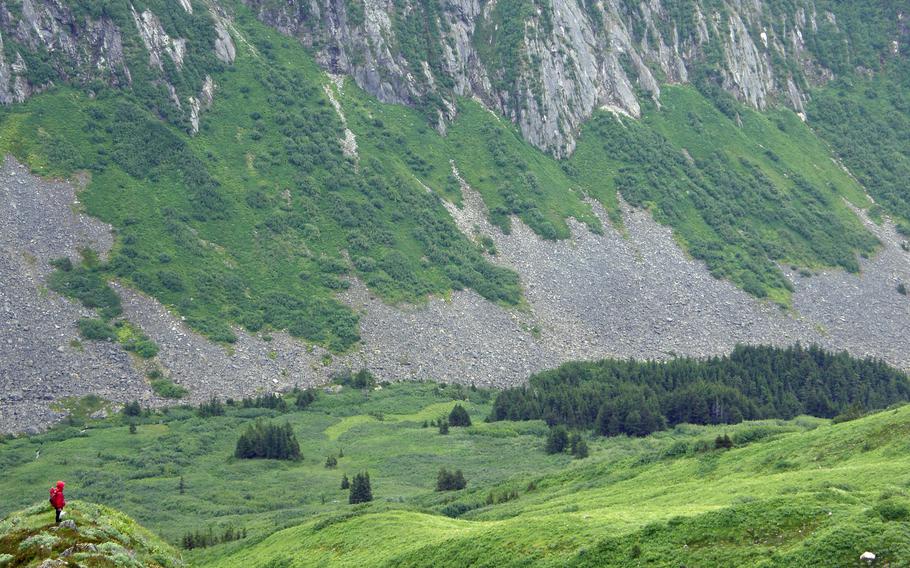 WASHINGTON — The Biden administration said Friday that it would “repeal or replace” a rule allowing roads and other types of development in more than half of Alaska’s Tongass National Forest, reviving 20-year-old protections President Donald Trump had stripped three months before leaving office.

The move was outlined in the administration’s new regulatory agenda. The notice from the White House said the change was consistent with President Joe Biden’s Jan. 27 executive order “Protecting Public Health and the Environment and Restoring Science to Tackle the Climate Crisis.” The Agriculture Department expects to publish the proposed rule in August, the notice said.

In an email, USDA communications director Matt Herrick said the department “recognizes the Trump Administration’s decision on the Alaska roadless rule was controversial and did not align with the overwhelming majority of public opinion across the country and among Alaskans.”

“The majority of comments recognized the important role of the Tongass National Forest and roadless areas protections to tourism, fishing, recreation, indigenous cultures and the uniqueness of the temperate rainforest,” he said. “We recognize the vital role the Forest and its inventoried roadless areas play in communities, and in the economy and culture of Southeast Alaska, as well as for climate resilience.”

Coming shortly after officials suspended drilling leases in the Arctic National Wildlife Refuge, the step highlights how the state has become a climate and conservation battleground since Biden became president. With its vast natural resources and focus on extracting commodities such as oil, timber and metals, Alaska often finds itself at odds with Washington when Democrats control the White House.

Republicans pushed to open up remote and largely pristine areas in Alaska to drilling, mining and logging while Trump was in office, from its southeast edge to the western Arctic and the Bering Sea. Biden and his deputies have worked to freeze or unravel many of these policies during the past four and a half months. In April, it took the unusual step of postponing the effective date of public lands orders allowing mining on 11 million acres in Alaska for two years.

The two political parties have fought over the Tongass’s fate for two decades. Just before leaving office in 2001, President Bill Clinton finalized the “roadless rule,” which barred road construction in 58.5 million acres of national forest. President George W. Bush held a handful of timber sales in the Tongass before a federal judge reinstated the Clinton rule.

Sonny Perdue, Trump’s agriculture secretary, sought to forge a compromise that would have protected most of the Tongass’s 9.3 million acres. But he was overruled by Trump, who decided to exempt the entire area after meeting privately with Alaska Gov. Mike Dunleavy, R, aboard Air Force One during a stopover at Joint Base Elmendorf-Richardson.

Environmentalists and many in Alaska’s recreation industry have argued that roadless protections are essential to protect the Tongass, which ranks as one of the world’s largest intact temperate rainforests. While parts of the forest were heavily logged in the 1960s and ‘70s, its trees — many of which are hundreds of years old — absorb at least 8% of all the carbon stored in the entire Lower 48′s forests combined.

Trout Unlimited President Chris Wood, whose conservation group represents anglers across the country, said in a phone interview that a quarter of the salmon and steelhead that swim along the Pacific Coast spend time in the Tongass’s rivers and streams. “It’s a fish factory,” he said.

The region also has a thriving tourism industry. Cruise ship traffic, which is not dependent on roads and ranks as a major economic driver in southeast Alaska, dried up last summer and has yet to come back. But visitors are again flocking there in smaller groups, providing business for local operators.

But Alaska’s elected leaders have argued that the limits on roadbuilding impede not only logging but other industrial activities, including mining, that would bolster a region that’s been battered by the pandemic.

In a petition to the Agriculture Department during the Trump administration, the state wrote that the roadless rule and subsequent 2016 management plan “each independently restrict road construction and timber harvest to such a degree as to have devastating socioeconomic effects on Alaskans.”

While the Forest Service temporarily halted roadbuilding activities in the Tongass by issuing a memo in February subjecting them to a special review, it will still take months for the new proposal to be finalized. And Alaska’s exemption from the roadless rule is now in litigation, so the courts could also intervene in the case.

“The Trump-era decision to exempt the Tongass National Forest from the roadless rule is one of the very worst pieces of forest policy we’ve seen in decades, and the sooner the Biden administration gets rid of the exemption and restores the national roadless rule, the better,” she said.

Separately on Friday, the White House indicated that it would take steps to reverse the Trump administration’s changes to how the federal government factors climate change and other environment impacts into its decision-making process. The Trump administration changed how agencies analyzed a plan’s carbon emissions, and did a sweeping overhaul of the National Environmental Policy Act that curtailed public input and narrowed how officials calculated a project’s environmental impact.

The White House Council on Environmental Quality said it will issue a notice in September instructing agencies on “how to properly assess the greenhouse gas emissions and climate change effects of their proposed actions.” The agency will also reverse the Trump administration’s broader changes to law governing federal environmental reviews, with a short-term change next month and a formal rule later.

Environmentalists, who are challenging the Trump-era changes in court, urged the administration to go further.

“While we welcome the fact that the Biden administration is taking steps to restore NEPA, we remain convinced that the Trump rule needs to be scrapped in its entirety, and as soon as possible,” said Kym Hunter, a senior attorney at the Southern Environmental Law Center. “We are hopeful that the courts will soon put Trump’s illegal rule to bed once and for all.”