Justice Dept. will require its law enforcement officers to use body cameras in certain circumstances 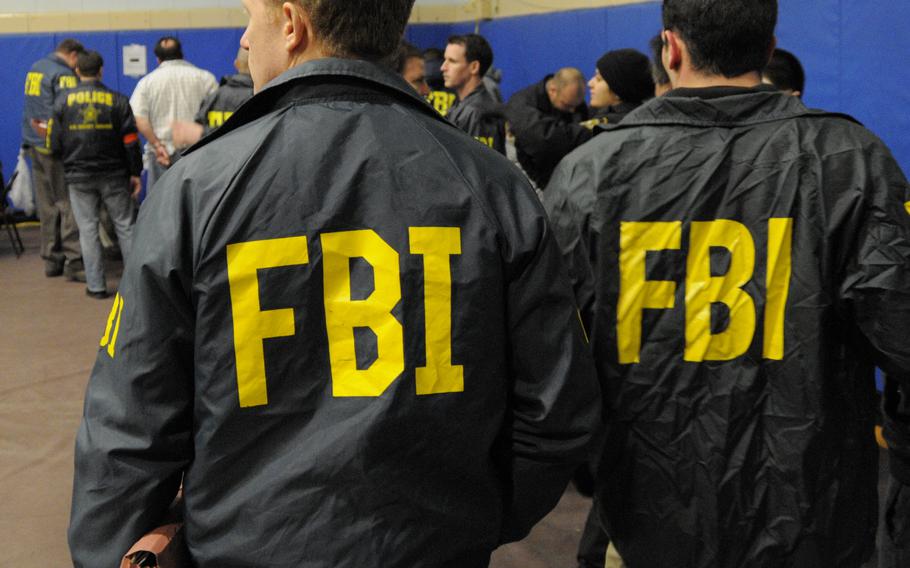 FBI agents are shown during processing in Brooklyn, N.Y. in this January 2011 file photo. (FBI)

WASHINGTON — The Justice Department will require officers at its law enforcement agencies to wear body cameras when making planned arrests or serving search warrants, according to a memo issued by the deputy attorney general Monday, a significant policy shift that will bring to federal authorities a tool that is now common at many local police departments.

Deputy Attorney General Lisa Monaco issued the directive to the heads of the FBI, the U.S. Marshals Service, the Drug Enforcement Administration and the Bureau of Alcohol, Tobacco, Firearms & Explosives, requiring each of those agencies to develop specific body-worn camera policies within 30 days.

Monaco wrote that the new policies should require federal officers to wear and activate their cameras during pre-planned attempts to make arrests or serve search warrants. Though her memo did not detail how and under what circumstances the footage could be made public, it said each agency’s policy should include “procedures for the expedited public release of recordings in cases involving serious bodily injury or death.”

In recent years, outrage over police killings of Black men has sparked lawmakers and officials to demand more transparency and oversight of local departments. The Justice Department — which sometimes investigates local agencies — often insists on reforms to curb the use of force and improve accountability.

But federal law enforcement itself has remained largely exempt from the kind of transparency it seeks to impose, declining to provide any substantive details when officers in its ranks shoot and kill people. Until October, the Justice Department had specifically banned local police working on federal task forces from using body cameras, and its own agencies — the FBI, ATF, DEA and the Marshals — did not deploy the devices.

That policy had long put federal law enforcement out of step with mainstream practice. As far back as 2016, according to the Bureau of Justice Statistics, nearly half of law enforcement agencies in the United States had body worn cameras.

“The rationale for this is certainly operational safety and security concerns,” a Justice Department official told The Post in 2019, “such as protecting sensitive or tactical methods used in arresting violent fugitives or conducting covert investigations.”

Interviewed for a recent story on federal law enforcement’s resistance to transparency, Larry Cosme, president of the Federal Law Enforcement Officers Association, said that his group favored cameras for uniformed federal officers but not public disclosure of the video. He said he believed public release of video could cause more confusion, because only snippets get played in the media.