WASHINGTON — The Pentagon’s annual report to Congress on civilian casualties drew fierce backlash from two lawmakers who slammed the military’s decision not to award condolence payments last year to families of civilians harmed by U.S. military operations throughout the world.

Despite congressional funding for “ex gratia” payments to those who have experienced “property damage, personal injury, or death” as a result of U.S. military activities, the Defense Department wrote in its report released last week that no such payments have been made.

The Defense Department recorded 23 civilian deaths and 10 injuries as a result of U.S. military action in Afghanistan, Iraq and Somalia in 2020. However, human rights organizations, nongovernmental organizations and monitoring groups contend the number is likely much higher.

Sen. Elizabeth Warren, D-Mass., said the number of deaths from the military could be nearly five times higher, an estimate based on information from Airwars, a not-for-profit organization based in London that tracks civilian harm from international military action.

“To make matters worse, the department has failed to get grieving families the condolence payments that Congress has authorized. This is unacceptable and not how we uphold our nation's values and advance our interests overseas,” said Warren, a member of the Senate Armed Services Committee.

The Defense Department gives combatant commanders the authority to decide who is provided a condolence payment, so efforts to compensate civilians for damage in the post-9/11 wars have not be standardized.

“Ending the forever wars starts with recognizing the humanity of the people who these wars have harmed. The Pentagon is always coming hat in hand begging for billions, yet last year they didn’t spend a penny of this fund Congress established to help fulfill our moral responsibility and build goodwill around the world,” the congressman said.

In the fiscal year 2020 National Defense Authorization Act, Congress authorized $3 million for condolence payments to individuals affected by civilian loss or injury overseas, but “DoD did not offer or make any such ex gratia payments during 2020,” according to the report.

Howard said the $3 million in funding will be returned to the Treasury Department because they are one-year Overseas Contingency Operations funds.

The Pentagon has made payments in previous years, meant to help “express condolence, sympathy, or goodwill,” though the payments are not an acknowledgment of fault, according to the Defense Department report.

The fiscal year 2012 National Defense Authorization Act authorized funds for ex gratia payments in Afghanistan, and those funds were later expanded to include civilians harmed in Iraq in 2016, Syria in 2017 and Somalia, Libya, and Yemen by 2018.

A department memo in June 2020 to clarify the purpose and nature of the payments said the goal is to help forces build relations with locals on the ground and gain support of the communities where the U.S. conducts operations.

The Pentagon reported 20 deaths and 5 injuries from U.S. military action in Afghanistan last year, while the United Nations Assistance Mission in Afghanistan – a U.N. mission created to assist the country’s government -- attributed 89 deaths and 31 injuries to “international military forces” in its annual 2020 report. Those forces are largely made up of U.S. military personnel, Airwars wrote in an article responding to the Pentagon’s report.

Warren mandated the Pentagon report on civilian casualties in the 2018 NDAA. Priyanka Motaparthy, an international lawyer who works at the Human Rights Institute of Columbia University’s law school, said the report marks progress for transparency.

Directing the Pentagon to compile the report “was an important step forward in terms of transparency, but as you can see from the report, there's still big differences in terms of how different operations and commands do the reporting,” Motaparthy said.

Last year, Khanna and Warren introduced the “Protection of Civilians in Military Operations Act” in the House and Senate that would improve how the Pentagon reports and investigates civilian casualties and strengthen resources for the Defense Department to prevent, mitigate and respond to civilian deaths or injuries. However, the bill did not reach a full vote in either chamber.

Motaparthy said inconsistencies in how commands conduct investigations into civilian harm must be addressed to ensure thorough investigations. The military rarely talks to on-the-ground witnesses and relies heavily on internal military sources to confirm other organization’s tallies, she said.

Each year, “we see that the number of civilian casualties described in the report is significantly lower than what credible NGOs, human rights investigators describe in their own work,” she said. Yet, “the single thing that was the most shocking to me was that they had not made a single ex gratia payment.” 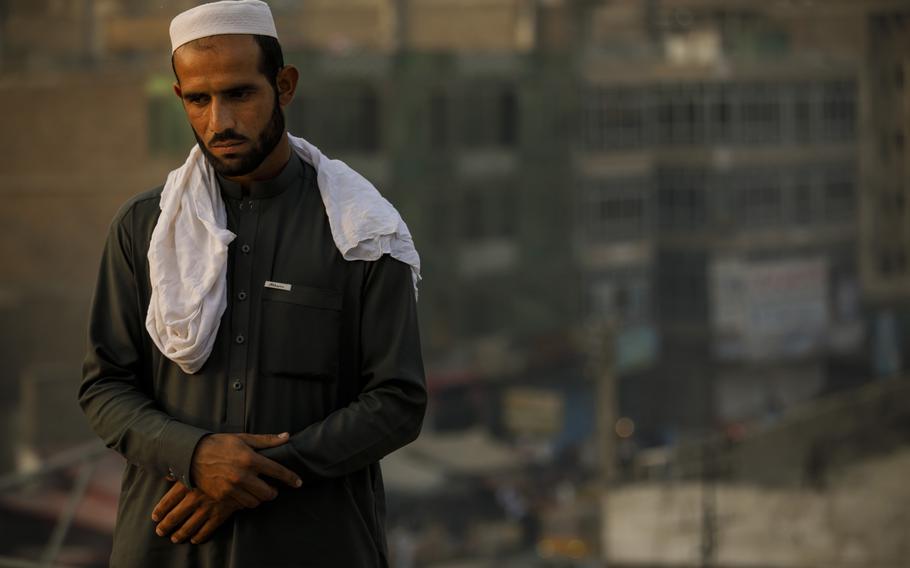 In a November, 2017 photo, Zafar Khan, 23, who lost six family members in an U.S. airstrike, poses for a portrait on a rooftop in Jalalabad, in Nangarhar Province, Afghanistan. The U.S. military said the Aug. 10 strike targeted militants who were observed loading weapons into a vehicle. (Marcus Yam/Los Angeles Times)