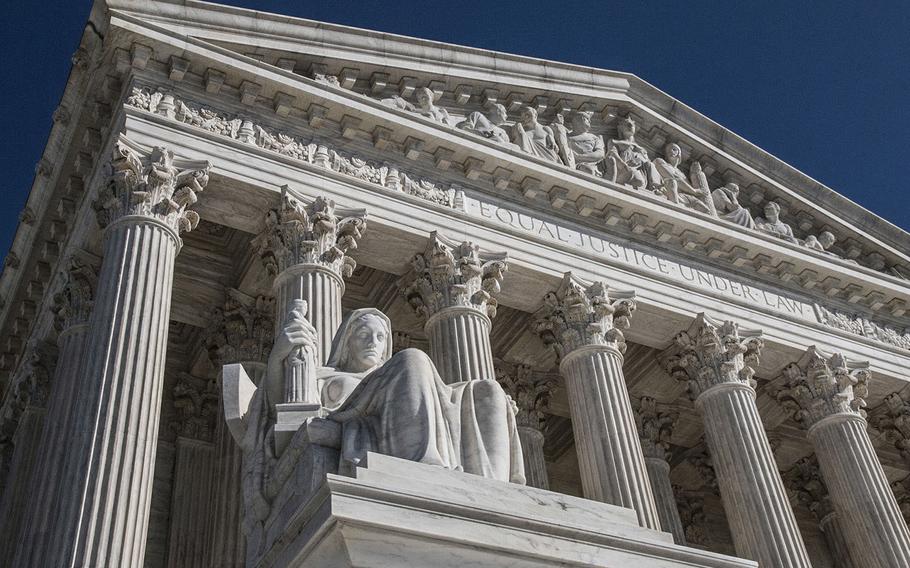 WASHINGTON – The Supreme Court will not decide whether women should be required to register for the military draft, deferring the issue to Congress, Justice Sonia Sotomayor said in a statement Monday.

The court declined to hear a case brought by the National Coalition for Men challenging the Military Selective Service Act, which requires only men to register for the draft. Instead, the court will wait for Congress to decide the issue with legislation, Sotomayor said.

The coalition, which on its website describes itself as a “civil rights organization which aims to address the ways sex discrimination affects men and boys,” argued that because women can now serve in combat roles, prior rulings against expanding the draft to women should be overturned.

The case challenged a 1981 ruling in which the Supreme Court upheld the male-only draft “because women were categorically banned from serving in combat roles,” the group wrote in its January petition to the court. However, the Pentagon lifted its ban on women in combat in 2013. More so, in 2015, all military roles were officially opened to women without exception.

“The registration requirement has no legitimate purpose and cannot withstand the exacting scrutiny sex-based laws require,” the coalition wrote in its petition. “The Department of Defense and the National Commission on Military, National and Public Service unequivocally acknowledge that requiring women and men alike to register would ‘promote fairness and equity’ and further the goal of military readiness.”

The Supreme Court declined to hear the case “while Congress actively weighs the issues,” Sotomayor said in her statement, citing ongoing discussions over a March 2020 congressionally ordered report on the issue by the Commission on Military, National and Public Service.

The commission was created as part of the 2017 National Defense Authorization Act to review the need for and conduct of the draft. In the commission’s report, it recommended ending the exclusion of women, noting “male-only registration sends a message to women not only that they are not vital to the defense of the country but also that they are not expected to participate in defending it.”

Sotomayor cited a March 11 statement at a Senate Armed Services Committee hearing by its chairman, Sen. Jack Reed, D-R.I., expressing “‘hope” that a gender-neutral registration requirement will be “incorporated into the next national defense bill” as proof of lawmakers’ ongoing consideration of the issue.

“It remains to be seen, of course, whether Congress will end gender-based registration under the Military Selective Service Act,” Sotomayor said. “But at least for now, the court’s longstanding deference to Congress on matters of national defense and military affairs cautions against granting review while Congress actively weighs the issue."