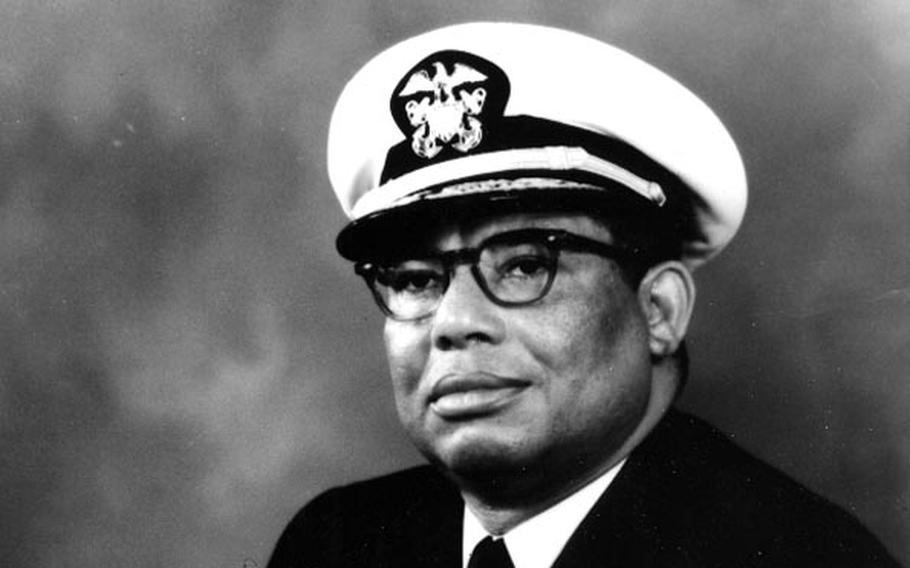 (Tribune News Service) — When Cmdr. Corey Odom talks to new members of his crew on the destroyer USS Gravely, he likes to highlight something the Navy’s first Black admiral, Samuel Gravely, always stressed.

“He wanted to be best at whatever he was: enlisted sailor, executive officer, commander,” Odom said. “He said the way to do that was education, motivation and perseverance.”

Gravely, a Richmonder who enlisted shortly after Pearl Harbor, was the first Black person to command a combatant ship and served as a vice admiral in command of Third Fleet. He’ll be honored Wednesday by Gov. Ralph Northam’s proclamation of June 2 as Admiral Gravely Day, and a group from the destroyer is headed up to the Virginia War Memorial for the ceremony.

“I think it is a story that’s so important for the Navy and for the nation,” Odom said. 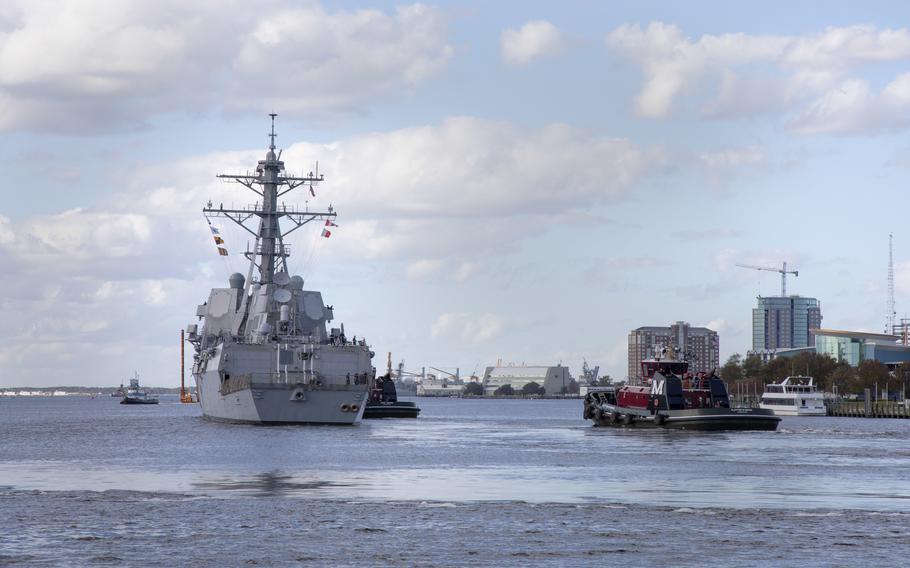 Tugboats maneuver USS Gravely out to sea as the ship gets underway for sea trials in 2020. (Hendrick Dickson/U.S. Navy)

It’s a story that resonates for Odom. Like Gravely, Odom joined the Navy as an enlisted sailor. He spent ten years as a submariner, when he was accepted in the Navy’s Enlisted Commissioning Program. The Gravely is his second command — and these days, he’s far from the only Black leading a ship’s company.

“There’s opportunity in the Navy,” he said. “I’m very proud of my service.”

The admiral’s story is a tradition on the Gravely, and Lt. j.g. Connor Partlow, a Richmonder who serves on the destroyer, said he sees it every day.

In just two years after arriving on the Gravely as a seaman not long out of recruit training with no designated rating, Zachary Campbell qualified as an electrician’s mate, and earned promotion to petty officer third class.

“I think [Gravely’s] story shows that if we do what we do as best as we can, we can go anywhere in the Navy,” he said.

A student at Virginia Union University, Gravely enlisted as a fireman apprentice in 1942. At his first duty station, in a still-segregated Navy station in San Diego, he rebuffed the heavy hints that he should train to become a mess attendant, the usual place for Black sailors in those days.

Instead, Gravely took and passed a test for admission to an officers’ training program — one of three out of 120 sailors to pass.

Later, after earning his commission, when an officers club prevented Gravely from entering, he used the time to complete Navy correspondence courses.

Rear Adm. Mark Gaston remembered his friend as someone who “loved driving ships ... he was great at driving ships and managing people.”

Gravely was determined to be a destroyer sailor, and to command one of the Navy’s workhorses.

When a destroyer skipper told Gravely the only way to learn the ship from bottom to top was through the annual inspection process, and then handed him the manual, “I went through the dumb thing chapter by chapter,” Gravely said.

“He was just another person who kept his nose to the ground, did his job well, stayed focused, and ignored a lot,” his widow, Alma, would remember. “He wasn’t meek but he was humble.”