This story was originally published on April 16, 2021.

AUSTIN, Texas – Army spouse Brittney Fourtner has trouble moving around after multiple back surgeries and found the carpet in her Fort Bragg, N.C., home especially difficult to navigate.

For eight months after moving in, she requested the housing office remove it. Then in August, she tripped on it, fell and broke her back.

After her injury, the company sent workers to fix the carpet. They used duct tape and told Fourtner if she wanted the carpet removed, it would cost her about $8,000.

Fourtner, 30, said she knew federal law already requires a company receiving federal assistance must make reasonable accommodations to housing to support the renter’s disability. So she fought back.

Fourtner, who also suffers with a seizure disorder, walks with the assistance of a cane or walker, and occasionally uses a wheelchair. She said the fall broke a vertebra in her back and required spinal fusion surgery to repair.

“Finally, at that point, I had had enough,” she said.

Fourtner said she threatened to sue Corvias, the private company that manages family housing at Fort Bragg, for violating federal law. The company conceded and removed most of the carpet from the house.

Mary Humphreys, a Corvias spokeswoman, disputed many of Fourtner’s claims and said the company has no record of the amount Fourtner was quoted for removing the carpet.

“The existing flooring was in fine condition (it was installed in January 2019) so an upgrade would normally be an expense. But in an attempt to satisfy the resident, at no cost to them, we replaced the flooring,” Humphreys said.

An Army memo from Corvias stated Fourtner’s home, with the carpet, was compliant with the Americans with Disabilities Act.

The company has substantially increased the number of accessible and adaptable homes available to residents and works on a regular basis to provide accommodations at no cost, Humphreys said.

“We are compliant and have a highly coordinated approach to supporting our residents’ needs in a thoughtful, timely manner,” according to the statement.

The Military Housing Advocacy Network, a nonprofit that helps military families with on-base housing problems, including Fourtner, conducted a survey of 100 families who need ADA-compliant housing or reasonable accommodations in their housing. It found that this practice of companies charging military families for disability accommodations happens across the country, across service branches and leaves families living in housing that can limit a person’s independence.

Of those families, 46% said they were denied modifications within their home and 20% said they were charged for the work or forced to pay for materials, according to the survey. Needs can range from grab bars in bathrooms, bathrooms with higher toilets or walk-in showers, ramps or widened doorways and hallways.

After seeing the survey results from the housing network, Rep. Stephanie Bice, a newly elected Republican from Oklahoma and member of the House Armed Services Committee, introduced The Protecting Military Families with Disabilities Act.

“It has come to my attention that families are being charged thousands of dollars in out-of-pocket expenses by private military housing contractors for needed ADA upgrades to on-base housing units. That is unacceptable,” Bice said. “Military families endure enough stress and financial strain without having to bear the burden for required upgrades to housing provided by the military for a disabled family member.”

The proposed legislation is a one-paragraph bill to prevent families from facing charges – beyond rent -- for needed ADA upgrades to their homes.

In many cases, modifications are necessary because most bases have a small percentage of fully ADA-compliant homes, so when families with a disabled member arrive, there is limited availability, said Noelle Pacl, a Navy spouse and advocate with the advocacy network. Some homes included in this inventory are not fully compliant with ADA regulations, but are described as “easily modified” to meet requirements.

The Defense Department requires 5% of homes on bases to be accessible or easily modified. However, the Marine Corps has raised that standard to require 8% of homes be compliant, according to the service.

“Some families give up because they already have so much going on. They're like, ‘I'll just adapt to what's going on in my home,’” Pacl said. “It's just easier to do that then to sit here and have to beg for every single thing.”

About 140,000 military family members are enrolled in the Exceptional Family Member Program, a mandatory program for any military dependent with a special medical or educational need, according to the Defense Department’s Office of Special Needs. But not all family members in the program require ADA housing or choose to live on base. A service member’s rank and availability of housing at a base can also play a role in what is available to the family. To access on-base ADA homes, enrollment in the program is required.

Joy Strong, an Air Force spouse, said it’s not just about the quality of life for families, but it also can improve readiness when a service member’s family feels safe in their home. When her family arrived at Whiteman Air Force Base in Missouri last year, Strong said they were given a home referred to as ADA-compliant, but the hallways were so narrow she couldn’t navigate them with her wheelchair. Requests to move to a more accessible home were denied.

Strong has Ehlers Danlos Syndrome, which causes joints throughout her body to dislocate frequently. One morning she woke up with a dislocation in her neck. Because of the narrow hallways and doorways, the paramedics couldn’t lie her flat on a stretcher and carry her out of the bedroom. They had to sit her up and risk paralysis, she said.

Strong has since moved into a more accessible home that fits the wheelchair that she occasionally requires, but only after fighting with Balfour Beatty and eventually taking her request for a safer house to the company’s corporate leadership. This was after the private company that manages the housing for the base first attempted to get Strong to purchase her own modifications for the home, such as mounting her TV to the wall to make more room for a medical bed.

“My husband isn't as scared, leaving me alone,” Strong said. “If he has to [travel], or has something to do with his job, he has a little bit less stress because if I'm in my wheelchair, I'll be able to get where I need to go.”

A spokesman for Balfour Beatty Communities said the company does not charge residents with disabilities for reasonable modifications.

“We take very seriously all our obligations to comply with the applicable laws and our contractual obligations in regard to the Fair Housing Act, Americans with Disabilities Act, and other similar state or local laws. We also actively support the Department of Defense’s Exceptional Family Member Program and the service members and their families who are enrolled in that program and who identify themselves as such to us,” according to the statement.

But Bice said cases of additional charges being pushed onto residences often go unnoticed and many families who encounter the fees don’t know they are unlawful.

“A family who is serving our country, who has family members putting their life on the line, they're having to deal with the challenges of having to make military housing work for their family and I think that for me, that's the last thing that these families should be worrying about. They're likely moving every couple of years, uprooting the family, new schools, new communities. It's a lot. And this is just one more thing that they're having to work through, and I want to make sure that they're not dealing with it,” she said.

Pacl said they are so grateful to have Bice’s support.

“I have seen firsthand the physical, mental and financial hardships that military families with disabilities have struggled with when attempting to get reasonable accommodations and/or modifications in their privatized military homes. Military families with disabilities are entitled to federally protected rights that should be clearly defined,” she said.

Bice’s bill has also received support from the Oklahoma Veterans Council and the Paralyzed Veterans of America. Rep. Sara Jacobs, a Democrat from California and fellow newcomer to the House, agreed to cosponsor the bill.

“[The proposed bill] is a straightforward, bipartisan bill that prevents those who are serving our country from being charged, potentially saving military families from significant costs,” she said.

The housing network’s survey also caught the attention last year of Sens. Elizabeth Warren, D-Mass., and Thom Tillis, R-N.C. The senators requested each housing company provide them information on their policies for residents with disabilities.

In a letter to the senators, Corvias wrote the results of the survey “are simply not consistent with our policies or common practices” and employees are trained give all resident’s requests for modification or accommodation appropriate consideration. It also states the company is not required to follow the same laws as federally assisted housing, and therefore able to charge residents for reasonable modifications.

The letter states requests to replace carpet with vinyl plank flooring, such as Fourtner’s request, are common. While the company believes this is not something for which it should cover the cost, it wrote “our community will generally pay to do so if the carpet is nearing the end of its usable life. If the carpet is new, then we may ask the resident to pay for the modification but will not ask that the home be returned to its original condition.”

Fourtner said she requested the maintenance history of her home and the information she received showed the carpet was about 12 years old.

She said she is happy to see legislation but worries about enforcement. Even with all the reforms housing has faced during the past two years, she said she still sees so many families face challenges that should be remedied.

“How are they going to make sure that these companies are actually doing what they're supposed to be doing?” Fourtner asked. 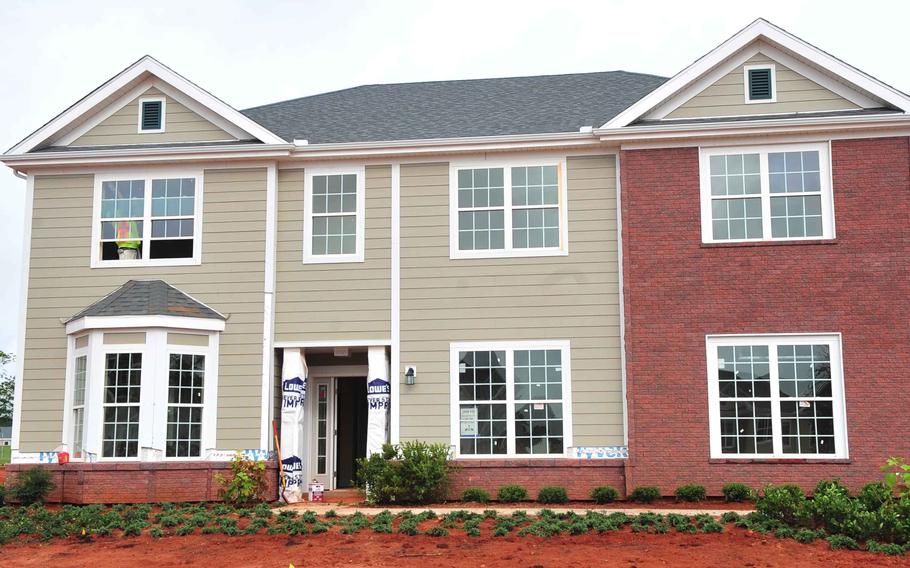