Pentagon officer charged in fatal shooting of two in Maryland was defending himself legally, attorneys say 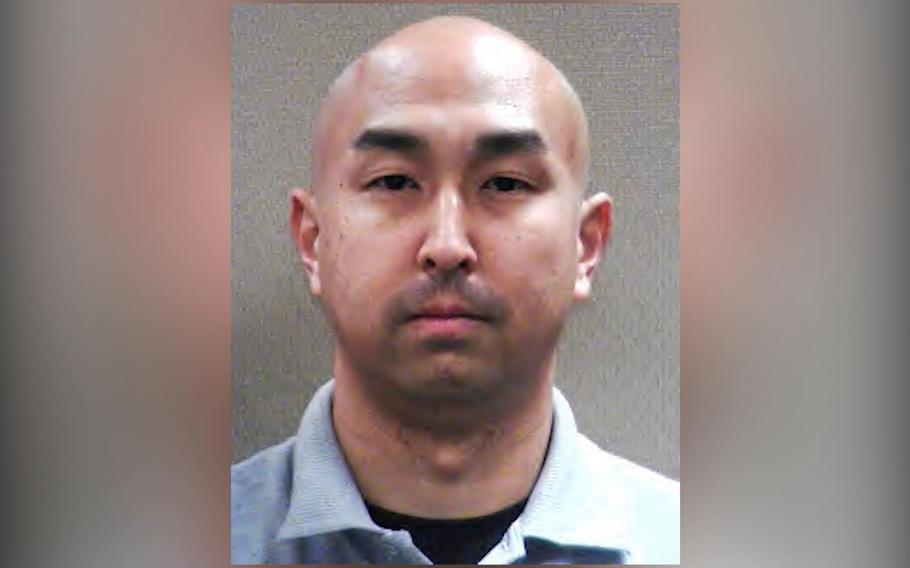 WASHINGTON — Attorneys for a Pentagon police officer accused of fatally shooting two men in a Maryland parking lot said in court Thursday he was acting in self-defense because a car occupied by the men had come directly at him.

“To suggest that this is murder is wildly inappropriate,” said lawyer Mike Lawlor. “He perceived a threat to his life.”

The comments were the most extensive in the case by lawyers representing David Hall Dixon, 40, who was charged with two counts of second-degree murder and one count of attempted second-degree murder for shootings that occurred at 5 a.m. last month outside his condominium building in Takoma Park. At the time, Dixon was headed to the Pentagon for work, noticed that one or more men were possibly breaking into a work van and confronted them.

Prosecutors said Thursday that Dixon, who was off-duty at the time and not in uniform, fired his service weapon only after the men were driving out of the parking lot and did not represent any danger to him.

“His intent was clearly to put five rounds in the back of a fleeing car,” Montgomery Assistant State’s Attorney Kelly McGann told the judge.

One of the rounds struck back-seat passenger Dominique Williams, 32, in his upper back, and another round struck front-seat passenger James Lionel Johnson, 38, in his upper back, according to charging documents. The driver, Michael Thomas, 36, was not hit and drove his friends to the hospital - calling out their names as they lost consciousness. Johnson and Williams were pronounced dead upon arrival.

At issue in Thursday’s hearing was whether Dixon would have to remain in jail pending his trial, as he has since his arrest on April 9. Citing the allegations against him, Montgomery Circuit Judge Debra L. Dwyer said he should not be released.

“I can think of no conditions or set of conditions that would ensure this community’s safety should the defendant be placed in a similar situation again,” Dwyer said.

Dixon could be seen on a closed-circuit video feed from the Montgomery County Correctional Facility, and said little during the hearing other than responding to the judge’s introductory question about whether he could hear the proceeding.

The accounts presented by opposing lawyers in the case included new details from both sides.

Dixon’s attorneys said Dixon headed off to work the morning of April 7, saw something suspicious and acted to stop a crime in progress.

“My client could have ignored what he saw, could have walked away,” said Dixon’s other attorney, William Brennan. “But that is not in my client’s nature, Your Honor, to ignore a crime in progress.”

After pulling up to the men and getting out of his car, “a vehicle was driven at him,” Brennan said.

He suggested that a jury would conclude that Dixon was acting in self-defense when he fired his weapon. Dixon also stayed at the scene, called 911 and spoke to the police.

But two days later, after reviewing parking lot surveillance video, examining bullet holes in the rear of the car that had been occupied by the men and speaking with the survivor, Thomas, investigators at the Takoma Park Police Department determined Dixon’s initial account to them didn’t hold up and that he had fired his gun as the car was pulling away.

Prosecutors picked up on those findings in court Thursday, presenting Dixon’s actions in the parking lot as overly aggressive from the start.

After seeing the work van possibly being broken into, according to McGann, Dixon accelerated toward the men’s car so that the vehicles were face to face. He got out, drew his gun and chased the car on foot as it reversed and turned away from him, McGann said.

Dixon positioned himself in front of the car, which drove around him to get away, McGann said. Bullet holes were later found in the fleeing car’s rear window, a rear light and the trunk, McGann said.

The prosecutor also described an incident at the condo building in 2020, when Dixon walked out at 3 a.m. to walk his dogs and noticed a homeless woman with a shopping cart milling about the lobby. She was still there when he returned, McGann said, prompting Dixon to head back to his seventh-floor unit and return.

“He trades in his dogs for a shotgun and a can of pepper spray,” McGann said.

Dixon than chased the woman from the lobby by pointing the gun at her and spraying her face, according to McGann, who said it was a ramped up response similar to the more recent shootings.

“The speed in which he escalated them is alarming,” McGann said.

Dixon remains on administrative leave from his position at the Pentagon Force Protection Agency, a spokesman said Thursday.