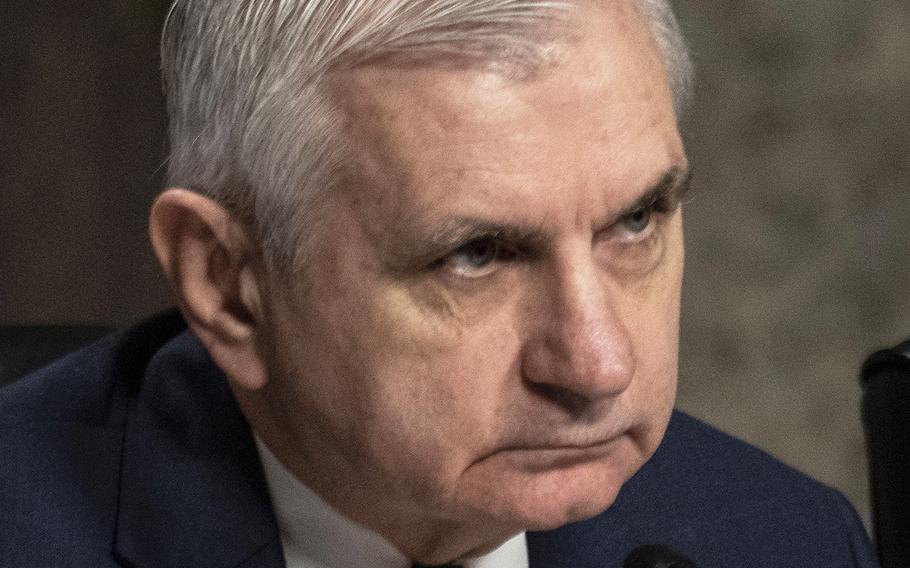 WASHINGTON — Sen. Jack Reed, D-R.I., chairman of the Senate Armed Services Committee, said Sunday that he supported changing the role of military commanders in the prosecution of service members on sexual-assault charges, signaling his backing for a bipartisan proposal that would instead assign independent prosecutors to handle sexual assault allegations in the military.

"Sexual assault and harassment are pervasive problems in the U.S. military and American culture, and we must take comprehensive action to halt sexual violence, hold violators accountable, and support survivors," Reed said in a statement.

His support signals new momentum for what advocates have said are long-overdue changes to how the military handles sexual assault cases. Such overhaul proposals have long faced resistance, primarily among Pentagon leaders who argue that stripping commanders of their power to prosecute such crimes would undermine their authority among subordinates.

However, those who have pushed for the changes have said commanders are neither lawyers nor sexual assault experts, and that troops may hesitate to report incidents because their commanders have personal relationships with the accused.

Sen. Kirsten Gillibrand, D-N.Y., first introduced a measure addressing the issue in 2013 and reintroduced it in April with a bipartisan group of six co-sponsors, stating at the time that sexual assault in the military was an epidemic.

"It's clear that the current system is not working for survivors," Gillibrand said then, citing a rise in assaults and a decline in prosecutions. Other co-sponsors include Sens. Chuck Grassley, R-Iowa, Joni Ernst, R-Iowa, Richard Blumenthal, D-Conn., Ted Cruz, R-Texas, Jeanne Shaheen, D-N.H., and Mark Kelly, D-Ariz.

In addition to moving decisions on whether to prosecute sexual assaults to an independent military prosecutor, the measure would leave misdemeanors and uniquely military crimes within the chain of command. It would also increase education on sexual assault throughout the armed services and require security improvements to service members' living spaces.

Reed said he expected the bill to make its way to the White House for President Joe Biden to sign into law.

"There must be a major cultural shift within the military and society to stop abusive sexual misconduct," Reed said. "Sexual assault is an affront to the very values our military stands for and defends. I will continue working in a bipartisan manner to include meaningful reform in the national defense bill."