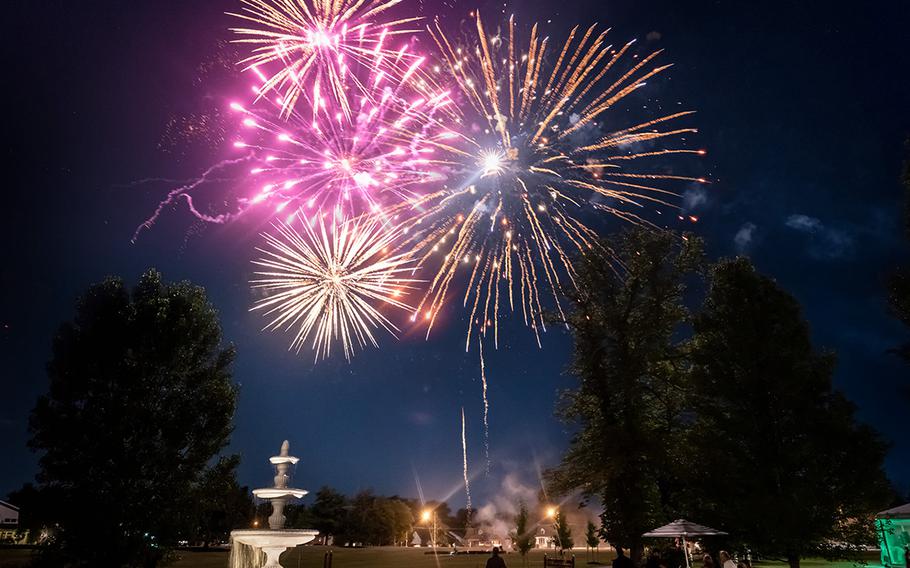 HAMBURG, N.Y. (Tribune News Service) — A three-time Purple Heart recipient from the Vietnam War went to court this week to halt a neighboring Hamburg banquet hall from allowing newly married couples to celebrate with fireworks that he says trigger his post-traumatic stress.

The lawsuit was the latest chapter in a 10-year battle between Bill Woods and Avanti Mansion, the banquet hall that borders his backyard.

A decade ago, a petition with the names of 70 neighbors asking that the fireworks be halted was submitted to Hamburg town officials. It failed to provide relief.

The town said state law allowed for permits to be issued for fireworks displays on private property so long as the paperwork was in order.

Connors and attorney Rodger P. Doyle, who represents the banquet hall operation and its owners, met Friday with State Supreme Court Justice Diane Y. Devlin to attempt to reach a solution before the lawsuit further progresses. No resolution was reached.

Devlin has already denied Connors’ request for a temporary restraining order to halt the fireworks, which are scheduled for a wedding on Saturday.

Attorney Kelly Riley, who works with Connors, said they are enlisting the help of veterans’ groups to make a stand against the fireworks.

“We’ve done some research and gotten a doctor’s opinion and this is a problem for veterans across the country who have post-traumatic stress,” Connors said of exploding fireworks.

Woods, 72, was a Marine who was wounded three times, nearly losing his leg when a booby trap exploded during his tour in Vietnam in 1968 and 1969. Back home, he had never exhibited post-traumatic stress disorder symptoms until the fireworks displays started, according to the lawsuit.

“On the first occasion that I was home during one of the Avanti Mansion’s fireworks displays, I experienced intense flashbacks to my time in Vietnam as a result of the extremely loud noise caused by the fireworks,” he said in an affidavit filed with the lawsuit. “During that flashback, I experienced extreme anxiety and distress, and feared for my life. I was mentally back in combat in Vietnam.

“Shortly thereafter, I began experiencing symptoms of PTSD, including anxiety, mental and emotional anguish, and various side effects stemming from those symptoms. I also began spiraling into a deep depression,” he said in the affidavit. “I also experienced suicidal thoughts and feelings.”

He said those problems return each time Avanti Mansion allows fireworks to be set off on its property.

When Woods did not succeed in getting the fireworks halted a decade ago, Denise Woods, the veteran’s wife, ran a wood chipper during an outside wedding ceremony at the mansion. Town officials charged her with violating a noise ordinance. The charge was later adjourned in contemplation of dismissal.

Doyle said that Laurie and David Clark, who own the catering hall, are committed to amicably settling the issue with their neighbor.

“We have tried very hard to resolve the concerns and that includes offering to send Mr. and Mrs. Woods out to dinner and a show on any evening when fireworks occur,” Doyle said. “That has been rejected repeatedly.”

Doyle said the fireworks displays are put on by vendors hired by newlyweds and that in the last five years there have been, on average, two or three displays that last about 8 minutes.

Woods declined to talk with The Buffalo News on Friday, his attorneys said.

Woods told The News in 2011 that he thought, “I buried Vietnam 40 years ago.” But when fireworks started going off that year, he alerted his wife about “incoming.”

“It’s like I’m walking point,” he told his wife.