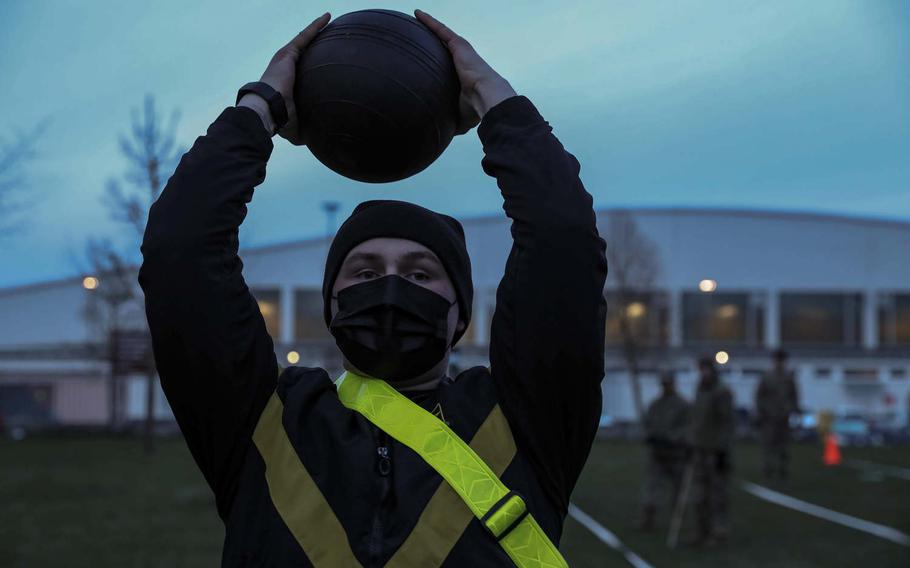 All corporals and specialists will have the option to take the Army Physical Fitness Test, a move meant to help them “stay on track for promotion” as the service transitions to the long-awaited combat fitness test.

The policy came after a review found that a “small number” of fewer than 5,500 soldiers in the E-4 ranks did not have a fitness test of record on file, which made them ineligible for promotion to sergeant, Sgt. Maj. of the Army Michael Grinston said on Twitter.

Rather than only let that small number take the APFT, the service chose to “simplify this” by letting all E-4s do so, he said.

“Those without a fitness test of record who choose NOT to take an APFT will not be penalized,” Grinston said, but they will remain ineligible for promotion and will be counseled on the effect of not taking the APFT.

The service’s first overhaul of its fitness evaluation in 40 years, called the Army Combat Fitness Test, became the official test Oct. 1, but officials decided not to count failing scores in fiscal year 2021 because of challenges in training and testing during the coronavirus pandemic.

Then, in January, lawmakers halted the ACFT’s implementation and called for an adjustment and review over concerns the CrossFit-style test was biased against women.

The service announced a plan for the ACFT 3.0 in March — the third version in three years — which would include gender-based scoring tiers and a “plank” alternative to one of its six events.

For now, soldiers have to take that test only for data collection purposes, but their last recorded APFT score remains valid for any purpose requiring a passing fitness score through next March.

“The Army Combat Fitness Test is still on track for full implementation in April 2022,” Grinston said in an Army statement Thursday. “During the transition, it’s important that we’re not limiting the careers of soldiers who have never taken a physical fitness test of record.”

The senior enlisted soldier has challenged the service to rack up 500,000 ACFT scores by the service’s June 14 birthday. However, ACFT scores won’t be used for promotion or other personnel purposes until further guidance is issued.

The new APFT policy should not be allowed to derail the training, testing and recording of data for the transition to the new test, an Army directive stated.

The option also allows soldiers to retake the test to increase their opportunity for promotion, the Army statement said, but those who fail or do worse than their previous attempt will keep the higher score.