STUTTGART, Germany — When Maj. Gen. Michael Langley was up and coming in the 1980s, corporate recruiters had their eyes on the young Black Marine lieutenant.

The lure of a well-paid management job in the private sector competed with dreams of a longer career with the Corps, Langley recalled. But then the commander of the 10th Marine Regiment made an offer he couldn’t refuse: battery commander, a position normally reserved for captains.

“A lieutenant taking a battery here in 10th Marines, the largest artillery regiment in the free world, this hasn’t happened since Vietnam,” the colonel told Langley. “That was a defining moment in my career. I could tell corporate to shove it.” 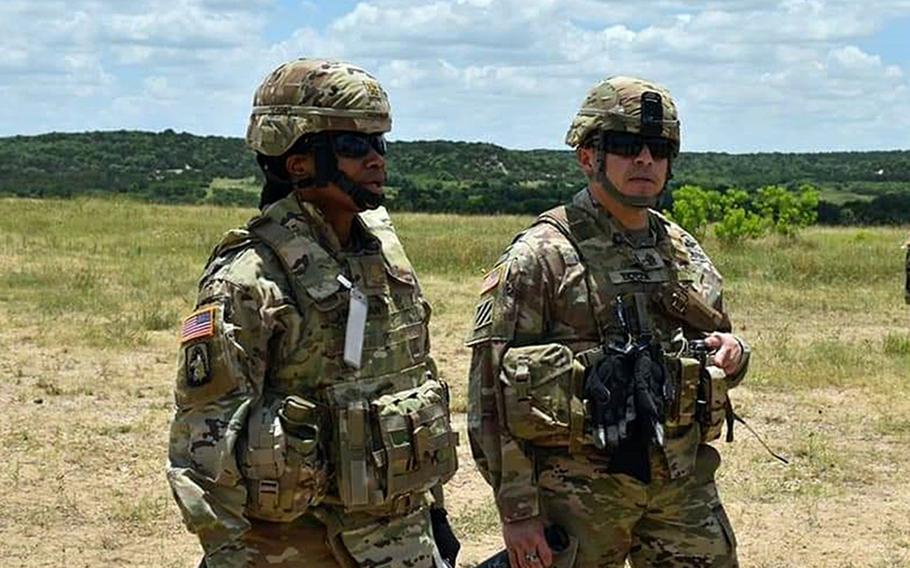 Maj. Jamie Hickman, seen here with Lt. Gen. Laura Richardson, says there are signs of progress, but that the military still has a long way to go to deal with issues of race. (Jamie Hickman) 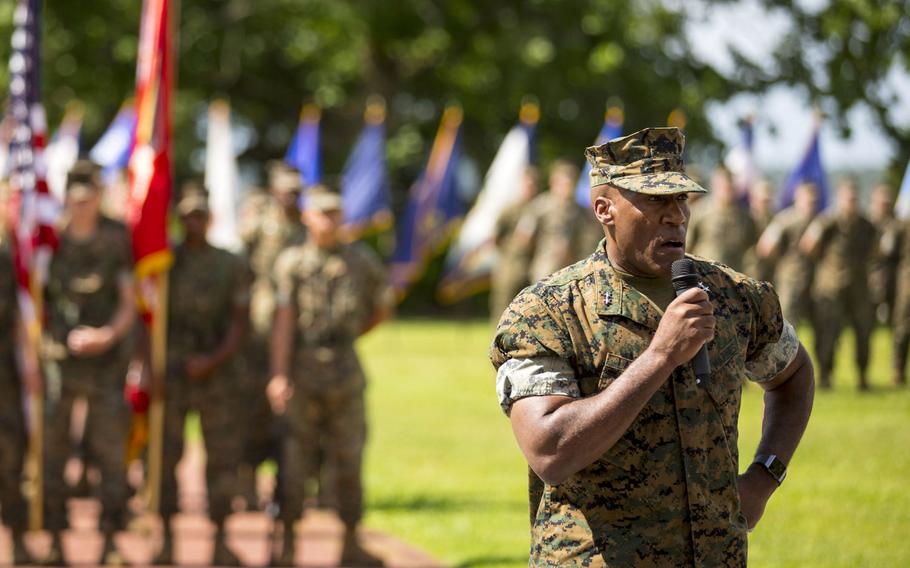 Langley, who assumed command of U.S. Marine Corps Forces Europe and Africa in November after his predecessor was removed amid allegations of using a racial slur for African Americans in front of troops, said the decision to stick with the Corps was based on trust won that day more than 30 years ago.

Yet Langley, as one of only six Black generals in the Marines, is a statistical outlier in the Corps and the military more broadly, where minorities have long been underrepresented in the senior ranks.

Now, the Pentagon under Defense Secretary Lloyd Austin is grappling with how to build a more diverse and inclusive force as it also contends with concerns about the number of white supremacists in the ranks. The situation has prompted Austin, who has pledged to diversify his senior ranks, to order an upcoming militarywide, daylong stand down to focus on issues of race and discrimination.

“The job of the Department of Defense is to keep America safe from our enemies. But we can’t do that if some of those enemies lie within our own ranks,” Austin told Congress in January.

For some Black officers, the arrival of Austin, who is nation's first Black defense secretary, and other recent moves to confront the military’s complicated legacy, such as the Army’s plan to change the names of bases named after Confederate generals, are long overdue moves.

“I think it is a long time coming, but we have a long way to go,” said Maj. Jamie Hickman, who serves with the 1st Armored Brigade Combat Team, 1st Cavalry Division. “I think it is necessary to make changes so we can have an impact on tomorrow’s Army and tomorrow’s military.

“If my daughter decides to join the Army, I want her to come into a safe environment where everyone is treated equally, with dignity and respect.”

Hickman and her sister, Erika Walker, who serves as a major in the Army reserves in Vilseck, Germany, say plans to rename bases are a needed step.

“We can’t consistently memorialize those periods of time,” Walker said, referring to bases named after Confederate generals and statues like the one of Gen. Robert E. Lee that still stands at West Point. “It’s important to understand our history, but it is important to learn and grow from it.”

For Hickman, who spent three years working as an instructor and assistant professor at West Point from 2015-2018, the chance to interact with a mostly white student body and faculty served as a chance to break stereotypes. “I got to impact the masses,” she said.

Langley said the military, like society in general, is “evolving” when it comes to racial issues. Still, Langley said his personal experiences in the Marines have been almost exclusively positive on racial matters.

“Ninety-nine percent of my experiences coming up through the ranks have been positive ones that can be characterized as opportunities to excel, to gain success,” he said. “As far as adversity, it came in moments. They were always learning experiences to me. But they were few and far between.”

When problems emerged, they were outside Marine Corps gates, Langley said.

“He said, you guys have been sheltered, you’ve lived on bases. You’ve played with who you wanted to play with,” Langley recalled.

When they moved to the west side of Fort Worth, Texas in 1972, they were the only Black family in an area referred to as “cowboy country.”

“At that time we were taking it from all sides,” Langley said. “The Blacks didn’t like us because we lived out in a white neighborhood. And the whites considered us different and wondered why we were there.”

Now, leading Marines in Europe, he said he tries to make sure he is developing a command culture in which his staff can raise concerns if they encounter bias.

Langley declined comment on the circumstances surrounding his predecessor, Maj. Gen. Stephen Neary, who was relieved of command in October amid allegations he used a racial slur that denigrates Black people at his Germany headquarters. That case continues to be investigated by the Corps.

Regarding’s Austin’s stand down mandate, Langley said Corps leadership is still working on the plan for how it will execute the directive.

“We encourage the Marines to communicate up if something doesn’t look right,” he said.