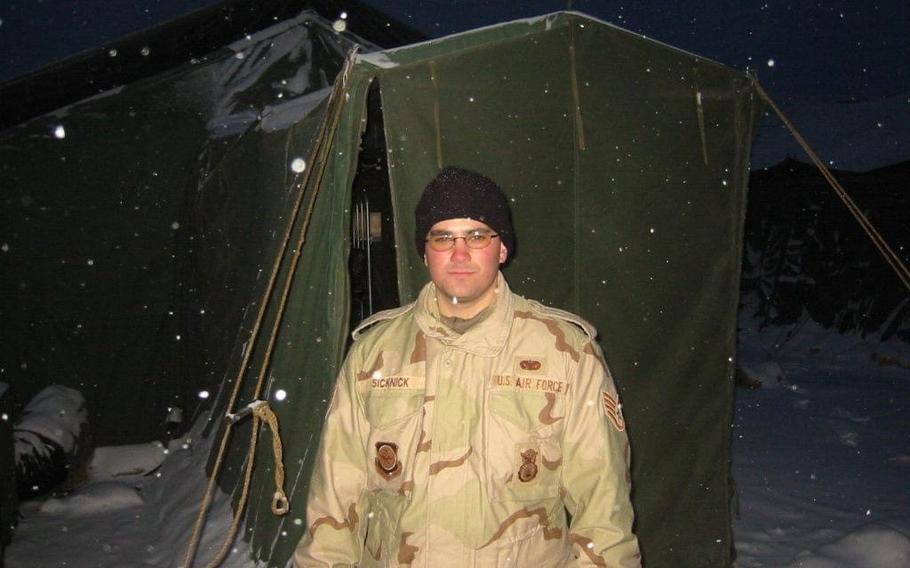 The U.S. Capitol police officer mortally injured during a clash with a mob of President Donald Trump’s supporters as they sieged the Capitol Building on Wednesday was a National Guard veteran who had served two overseas tours, military officials said Friday.

Officer Brian Sicknick, who died late Thursday at a Washington, D.C., hospital of wounds sustained in the riot, served six years in the New Jersey Air National Guard, said Army Lt. Col. Barbara Brown, a spokeswoman for the New Jersey National Guard. He deployed to Saudi Arabia in support of Operation Southern Watch in 1999 and deployed again in 2003 to Kyrgyzstan to support operations in Afghanistan.

“We are saddened by the loss of one of our former New Jersey National Guard Citizen-Airman, Staff Sgt Brian D. Sicknick,” Brown said in a statement. “Our condolences and thoughts are with his family, friends and those who worked with him during his law enforcement career.”

Sicknick, 42, had served in the 108th Security Forces Squadron, 108th Wing based at New Jersey’s Joint Base McGuire-Dix-Lakehurst, Brown said. He was honorably discharged from the Guard in 2003, she said.

Capitol police in a statement late Thursday announced his death. They said he had been injured during the melee and collapsed after returning to his division office. He succumbed to his injuries more than 24 hours after being rushed to a hospital, according to the statement.

Capitol police said his death was under investigation by homicide detectives from the Washington metropolitan police and federal law enforcement.

Sicknick joined the Capitol police in July 2008, according to the police statement. He had most recently served in the department’s First Responder’s Unit.

“The entire USCP department expresses its deepest sympathies to Officer Sicknick’s family and friends on their loss, and mourns the loss of a friend and colleague,” the statement read. 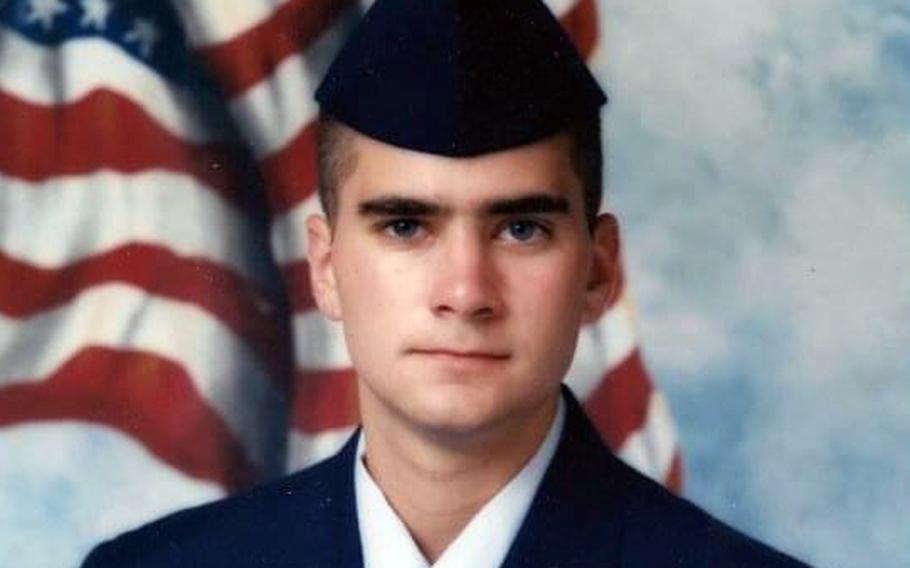 Sicknick was the second known military veteran to die of wounds suffered during the attack on the Capitol. Ashli Babbitt, an Air Force and Air National Guard veteran who served in Iraq, was shot to death by Capitol police during the incident, law enforcement officials said. Babbitt, 35, was a staunch Trump supporter, according to her social media posts and relatives who spoke with media.

The officer who shot Babbitt has been placed on administrative leave pending an investigation into the incident, Capitol police said.

Three other people died of undisclosed medical emergencies during the events, which saw hundreds of Trump supporters overrun Capitol police defenses around the Capitol, vandalize the building and send lawmakers into lockdown. The incursion briefly delayed the congressional certification of President-elect Joe Biden’s victory in the November presidential election.

House Speaker Nancy Pelosi on Friday ordered flags on the Capitol’s grounds to fly at half-staff in Sicknick’s honor.

“The sacrifice of Officer Sicknick reminds us of our obligation to those we serve: to protect our country from all threats foreign and domestic,” Pelosi said in a statement. “May it be a comfort to Officer Sicknick’s family that so many mourn with and pray for them at this sad time.”