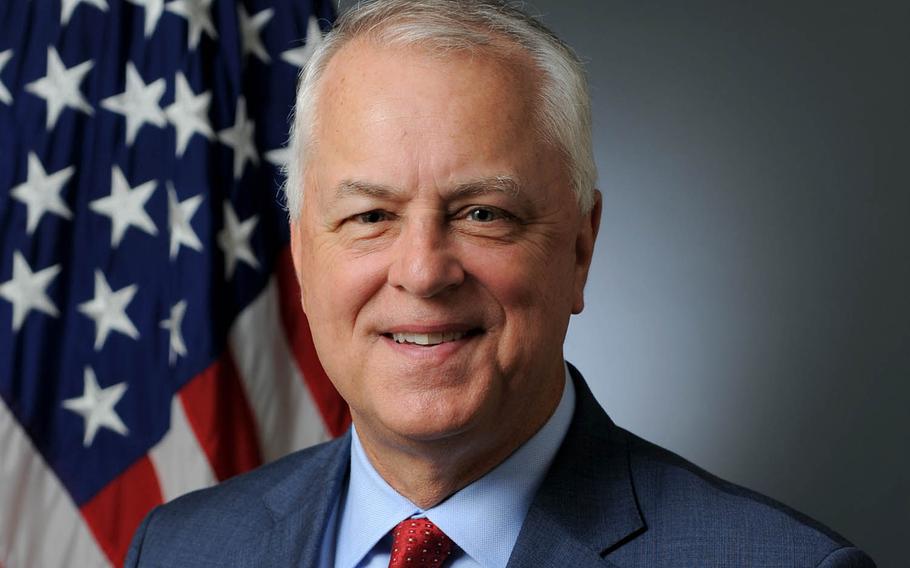 Anthony Tata has been performing the duties of the Under Secretary of Defense for Policy since Nov. 10, 2020. (Department of Defense)

The acting undersecretary of defense for policy has tested positive for the coronavirus, according to a Pentagon news release late Thursday.

Anthony Tata’s diagnosis comes after the Lithuanian Embassy announced Lithuanian Minister of Defence Raimundas Karoblis, with whom Tata and other senior defense officials met Nov. 13 and 16 at the Pentagon, had tested positive for COVID-19, the respiratory disease caused by the coronavirus.

The meetings were also attended by Acting Secretary of Defense Chris Miller and the secretaries of the Army, Air Force and Navy, the Pentagon said.

“We have and are continuing to conduct further contact tracing of [Defense Department] personnel who have had close contact with the Lithuanian delegation or Mr. Tata,” said Jonathan Hoffman, chief Pentagon spokesman, in the statement announcing Tata’s diagnosis. “We will report additional positive cases as appropriate.”

Tata, a retired brigadier general, is the latest in a series of senior military officials who have tested positive for the disease. In late October, Gen. David Thompson, the vice chief of space operations for the U.S. Space Force, contracted the virus from a “close family member,” according to a statement from the service.

Earlier that month, the Marine Corps’ assistant commandant, Gen. Gary Thomas, tested positive, days after it was announced that the Coast Guard’s vice commandant, Adm. Charles Ray, was infected. The pair had attended a meeting together the previous week.