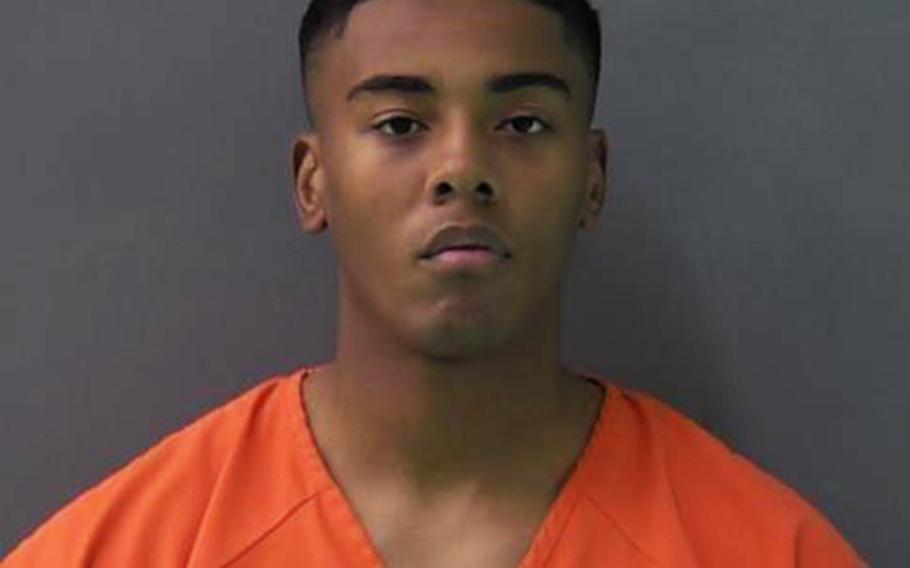 AUSTIN, Texas — A Fort Hood soldier charged with murder in the death of a Texas woman confessed to his sergeant that he strangled her, according to a court document released Tuesday.

Spc. Cory Latrell Grafton, 20, was arrested at Fort Hood on Nov. 2 after the Texas Rangers and Killeen Police Department received lab results confirming his DNA was found last year on Chelsea Cheatham, a 32-year-old mother from Kyle, Texas, according to police. He is accused of killing Cheatham at a Days Inn motel in Killeen on June 3, 2019. He was placed in Bell County Jail with a bond set at $1 million, according to online jail records.

Police called in Grafton for an interview on Oct. 20 after using phone records to identify him as a possible suspect, according to an affidavit for the soldier’s arrest. During the interview, police collected his DNA, which was later used to link him to evidence found at the crime scene.

Grafton spoke to his sergeant after the interview with police and denied his involvement in Cheatham’s death, according to the court document. The next night, he was hospitalized for an apparent near overdose on over-the-counter pain relievers and alcohol. 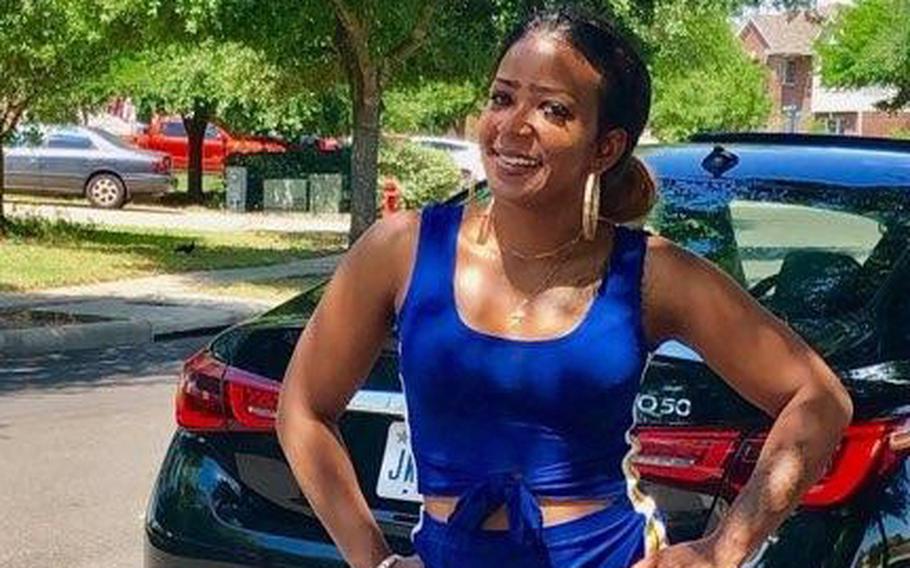 While in the hospital, Grafton called and spoke a second time with the sergeant and this time told him that he killed Cheatham. The sergeant then provided a written statement to police about Grafton’s confession, according to the court document.

“I did it,” the sergeant said Grafton told him.

“Yeah, yeah, I know you tried to commit suicide,” the sergeant said he responded.

Prior to the release of the affidavit, Cheatham’s sister Tanya Cheatham said the family did not know many details about Cheatham’s death, including how she died or how she knew Grafton. The family was also unaware prior to Grafton’s arrest that the Texas Rangers had chosen to join the investigation and use grant money to expedite the DNA testing.

“We thought it was a cold case,” Tanya Cheatham said. “There is no accurate descriptor for way I felt.”

On the night Cheatham died, police arrived at the Days Inn on Central Texas Expressway at about 10:39 p.m. June 3, 2019, and found Cheatham unconscious and not breathing, according to the court documents. Lifesaving measures were taken, but she was pronounced dead after about an hour.

An autopsy revealed she died of strangulation, according to court documents.

A friend of Cheatham’s at the scene described to police that he’d seen a man in gray clothing walking toward and away from Cheatham’s room at the motel, according to documents. In Cheatham’s motel room, police found several cellphones. The investigation showed Grafton had texted Cheatham to meet up and she responded with the motel’s address.

Grafton was not interviewed by police until last month, shortly after the Texas Rangers began contributing to the investigation. During the interview, he admitted to the texts, but denied recalling the conversation.

“Grafton eventually admitted to a sexual encounter with Cheatham, but stated it was on a date prior to June 3, 2019,” according to court documents. “Grafton asked to terminate the interview and leave.”

Police asked him to stay while a search warrant for his DNA and cellphone was approved and then executed, according to the documents. He then was allowed to leave and return to his barracks.

Tanya Cheatham said her sister liked to travel the 90 miles north to Killeen from Kyle because she enjoyed the nightlife and had friendships with soldiers stationed at Fort Hood, which is located within Killeen.

Chelsea had run track in high school and had a scholarship to do so in college, but became pregnant and gave birth to her daughter. She’d recently begun reapplying to colleges in hopes of becoming a chemical dependency counselor, said Tanya, who is a family counselor in Indiana.

“About a week after her funeral, my mom received letters that she had gotten into at least three schools. It was heartbreaking because my mom had no idea that’s where her mind was,” Tanya Cheatham said.

As the case sat cold, Tanya said she watched Fort Hood make national news for crime and it crossed her mind that a soldier could be involved in her Chelsea’s death.

Fort Hood began making headlines following the disappearance and death of Spc. Vanessa Guillen. The 20-year-old was reported missing April 22 and her body was found more than two months later buried and concealed in concrete along the Leon River in Bell County.

Spc. Aaron Robinson, a fellow soldier in her squadron in the 3rd Cavalry Regiment, is believed to have killed her with a hammer in an arms room and then buried her remains with the help of his civilian girlfriend, who is awaiting a federal trial for tampering with evidence. Robinson shot himself dead when confronted by police after Guillen’s body was found June 30.

Including Guillen, the deaths of five Fort Hood soldiers in 2020 were ruled homicides – more than double the previous four years combined, according to Army data.

During a visit to Fort Hood, Army Secretary Ryan McCarthy said the central Texas base, which is home to about 36,500 soldiers, has the highest number of violent felonies involving soldiers among Army bases.

“The numbers are high here. They are the highest in most cases for sexual assault, harassment, murders, for our entire formation in the U.S. Army,” he said in early August. “We are sitting down with a group of investigators to understand the root causes associated with the violence, felonies, violent acts, but better understand why this is happening at this installation.”

Grafton joins at least one other soldier in Bell County Jail charged with murder. Spc. Jovino Jamel Roy was arrested and charged with murder in March in connection to the shooting death of Army veteran Michael Wardrobe. A fight broke out March 23 between the 22-year-old men over an alleged love triangle involving Roy’s wife, the Killeen Daily Herald reported.

Roy, who was assigned to the 69th Air Defense Artillery Brigade, remains in jail with a $1 million bond. Wardrobe separated from the Army as a specialist about three months prior to his death.

In June, Spc. Samantha Ann Strough was arrested for shooting a woman and injuring her during a domestic violence incident. Strough pleaded guilty last month to a charge of deadly conduct for shooting a weapon toward another person and is awaiting sentencing.

“It’s very saddening to see all these multiple murders,” Tanya Cheatham said. After her sister died, she said she began researching and speaking with other families awaiting arrests in their cases.

“I hope they do take action and realize we need to overhaul this whole facility and do some digging and come up with a best practice for dealing with mental health concerns,” Tanya Cheatham said. “Dig into it, assess the situation and then proactively determine the likelihood for them being a person who could harm someone else. Do they have the tools necessary to cope with stressors?”