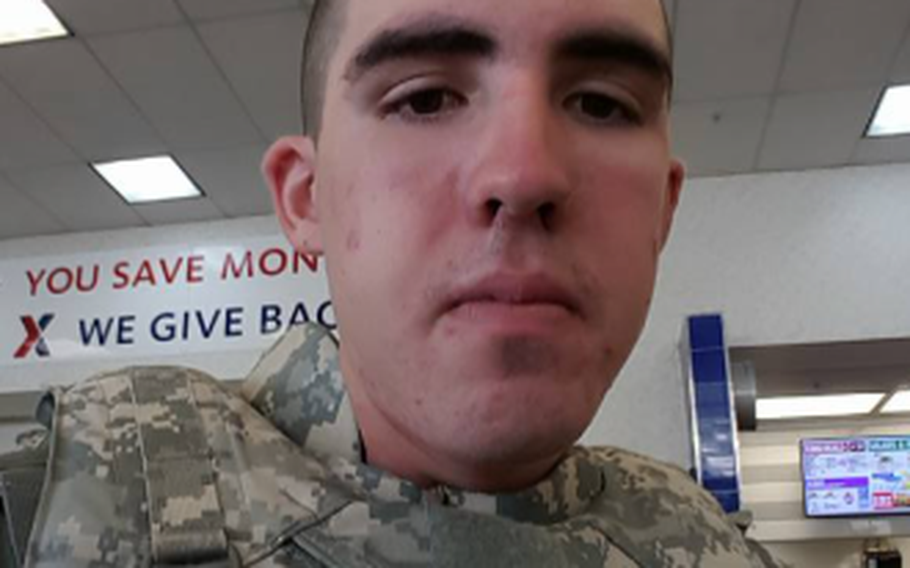 Pvt. Gregory Morales, 23, who might also be using the last name Wedel, which was his last name prior to his marriage, is also missing. He was last seen on the night of Aug. 19 driving a black Kia Rio with temporary Texas plates. (U.S. Army)

The mother of a missing Fort Hood soldier said Saturday that the skeletal remains discovered Friday in Killeen, Texas, are those of her son, Pvt. Gregory Wedel Morales, who had been missing since August 2019.

Authorities found the remains after U.S. Army criminal investigators from Fort Hood got a tip about a body being found in a field. An autopsy was ordered but no details were immediately released by police.

Morales, 23, was out processing from the Army and would have been discharged within a couple of days when he disappeared, said Army Criminal Investigation Command, or CID.

He was last seen driving a 2018 Black KIA Rio with Texas temporary license tags outside Fort Hood in Killeen on Aug. 19, CID said.

Morales was classified as AWOL, then listed as a deserter, according to 10KWTX. The Army was offering a $25,000 reward for information on his whereabouts.

Another soldier from Fort Hood, 20-year-old Pfc. Vanessa Guillen, went missing April 22 in the parking lot of 3rd Cavalry Regiment’s engineer squadron headquarters, where she worked as a small arms repairer in the armory room.

The Army contiues to search for Guillen, whose disappearance is not believed to be connected to Morales' case, CID investigators said.