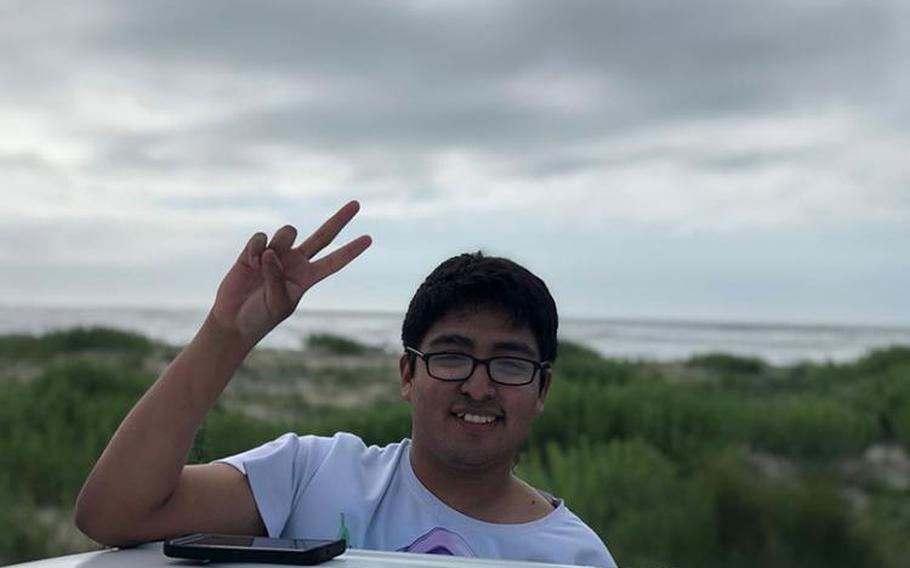 Spc. Enrique Roman-Martinez's partial remains were found near Cape Lookout National Seashore after he was reported missing near his campsite on May 23, 2020. (U.S. Army Criminal Investigation Command)

The death of a Fort Bragg, N.C., paratrooper who was reported missing last month and whose remains were discovered a week later is now a homicide investigation, Army officials said Monday.

Partial remains found May 29 near Cape Lookout National Seashore, N.C. were confirmed to be those of Spc. Enrique Roman-Martinez, 21, according to a news release Monday from Army Criminal Investigation Command, known as CID. A positive identification was made using the soldier’s dental records.

Investigators ruled his death a homicide and are offering up to $15,000 to anyone with information leading to an arrest and conviction, according to CID.

The remains washed up on Shackleford Banks Island, part of the Cape Lookout National Seashore, an area where the prevailing tides have washed ashore remains in years past, CID said.

Roman-Martinez was a paratrooper with the 82nd Airborne Division who was last seen May 22 at a campsite near mile marker 46 on South Core Banks, one of the islands that make up Cape Lookout National Seashore. Roman- Martinez’s friends reported him missing the following evening.

His phone and wallet were found at the campsite and he was last seen wearing blue shorts and no shirt, according to the release. No additional information was released Monday with officials citing the ongoing investigation.

Persons wishing to remain anonymous will be honored to the degree allowable under the law and the information will be held in the strictest confidence allowable. The payout of cash rewards to military and federal employees for information leading to the conviction of person(s) involved is contingent upon the accuracy and value of information provided, and the actions taken based from that information.