Pentagon: Reports of sexual assault, harassment in the military have increased 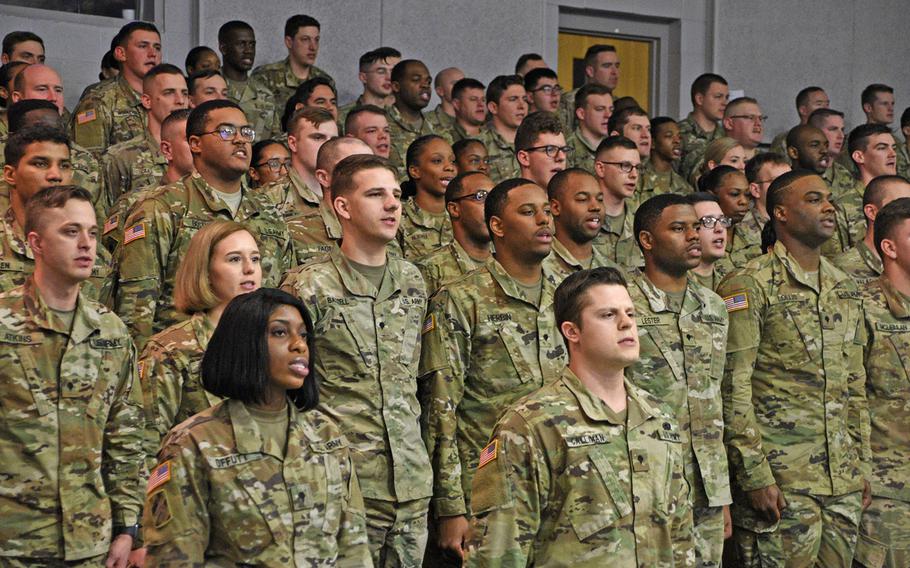 WASHINGTON — Rates of sexual assault and harassment reports in the military have increased since last year, according to a Pentagon report released Thursday.

The Defense Department’s fiscal year 2019 report on sexual assault in the military said there were 7,825 sexual assault reports involving service members as victims or subjects, a 3% increase compared to 2018. The increase in reports can’t be characterized as an increase in assaults, according to the Pentagon, because a separate survey on prevalence is only conducted every other year.

The reports that are restricted, where survivors confidentially disclose an assault without starting an official investigation, saw a 17% increase from last year, with 2,126 reports. The increase shows “a clear lack of faith in the chain of command,” Protect Our Defenders said in a statement about the report. The organization supports and advocates for service members who have been sexually assaulted.

The military received 1,021 formal sexual harassment complaints, a 10% increase from 2018.

This year’s report focused on four areas related to the “strengths and challenges” that the military services have in their sexual assault response and prevention programs, including “unit climate.”

The report “raises more questions about [military sexual trauma] than it answers,” said Deshauna Barber, the chief executive officer of the Service Women’s Action Network, in a statement. SWAN is an advocacy organization for service women and veterans.

The Defense Department is responsive to issues regarding victim support, she said, but fails when it comes to solutions for sexual assault prevention, especially when service members are new to the military.

“This omission is especially troubling given earlier findings that sexual assaults are increasing at the Military Service Academies and the upcoming gender integration of Marine Corps boot camps,” she said.

This year’s report reflects feedback from 61 focus groups at eight installations in the United States with over 490 service members and first responders who work with survivors.

The military is working to provide more training and tools to those at the junior leadership ranks of E-4 to E-6 to address sexual assault and harassment because personnel in these ranks work closer with younger enlisted service members, according to Nate Galbreath, the acting director of the DoD’s Sexual Assault Prevention and Response Office. Last year’s reporting found that the increase in sexual assault were mostly among female service members between 17 to 24 and junior enlisted women.

Former acting Defense Secretary Patrick Shanahan issued a memo after last year’s DOD report and recommendations from the Sexual Assault Accountability and Investigation Task Force Report, laying out actions to address sexual assault and harassment. This year’s report includes some of the progress that has been made.

One of the actions listed by Shanahan was to make sexual harassment a separate military crime. The 2020 National Defense Authorization Act required the Defense Department to submit recommendations by June on establishing a separate punitive article for sexual harassment.

Another action was to establish the Catch a Serial Offender program, which allows survivors who make a restricted report to anonymously submit information to help identify repeat sexual offenders. The program allows the survivors another avenue to consider changing restricted reports to unrestricted and begin participating in the military justice system.

Since the program launched in August, there have been 239 reports submitted and five matches.