‘A culture of fear’: A look at the California National Guard allegations spurring lawmakers to consider new legislation 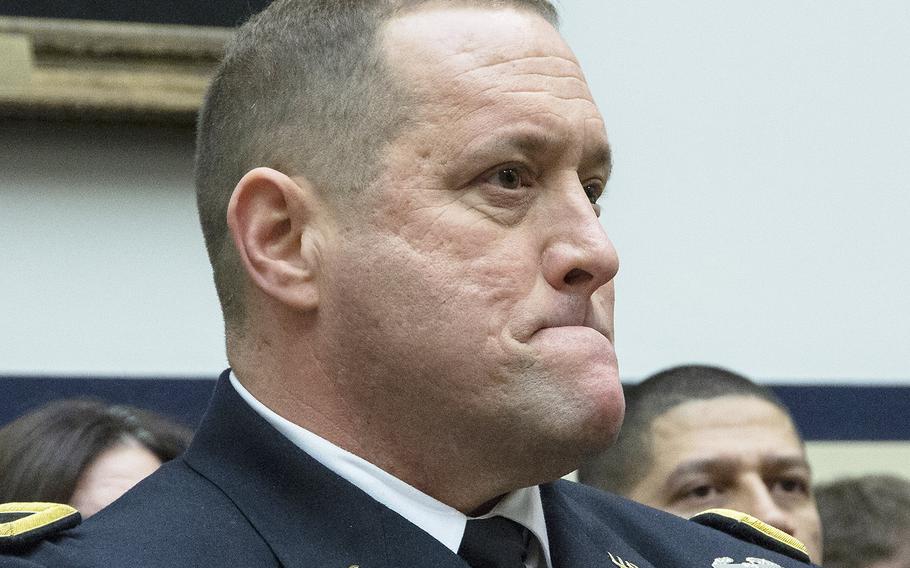 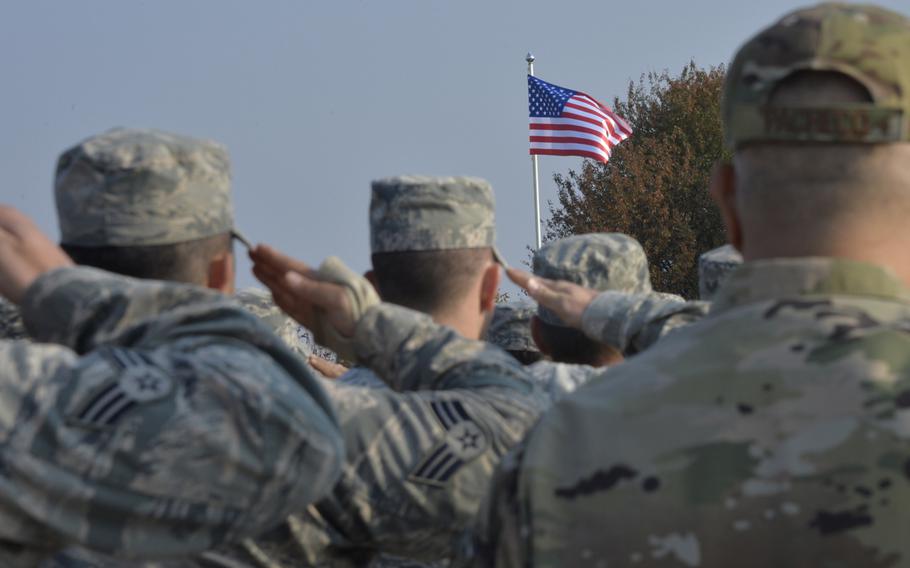 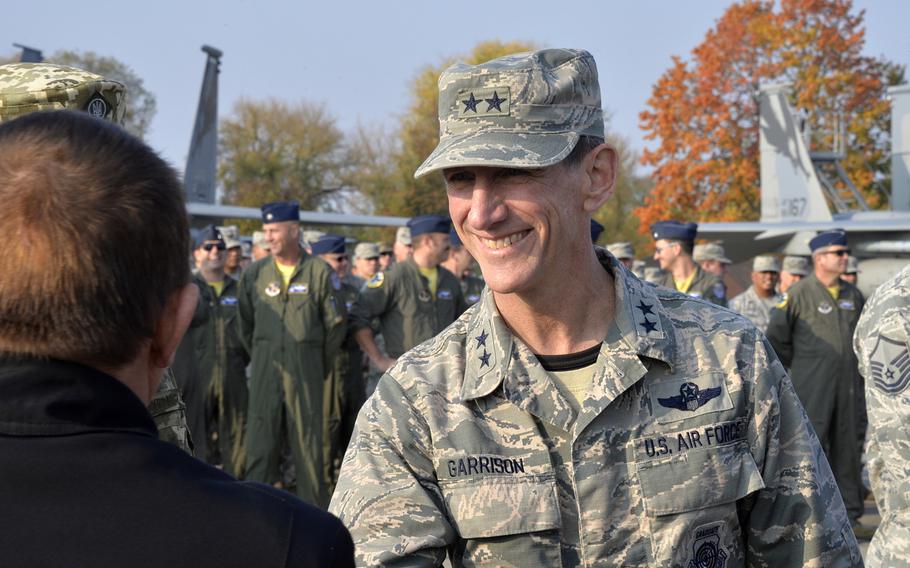 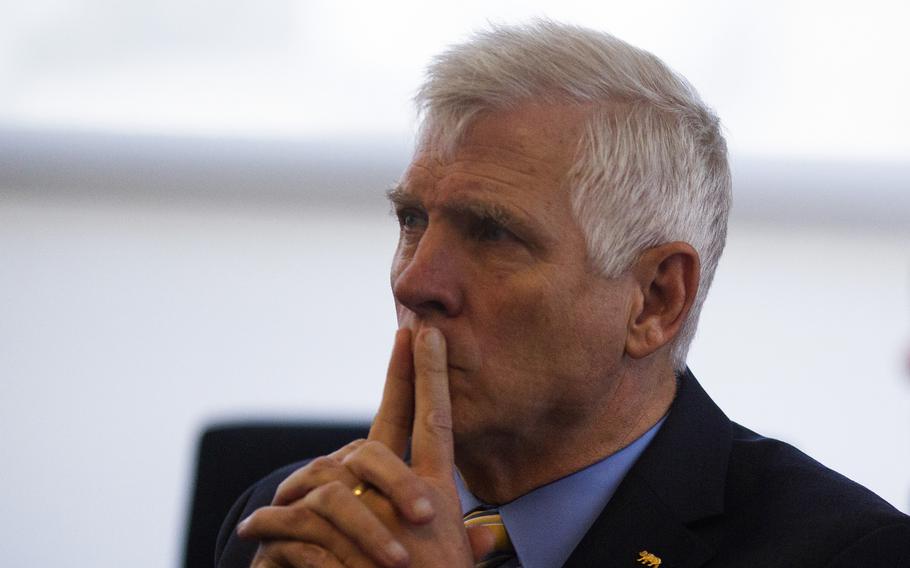 California lawmakers are considering a bill to remove the state’s National Guard Inspector General from under the command of its top general, after years of allegations that senior command officials retaliate against those who report possible wrongdoing.

The proposed legislation comes amid fresh scrutiny on the state’s military department after allegations of misconduct and claims of reprisal forced the removal of three top officers from their posts in the California Air National Guard earlier this month.

Interviews with current and former Guard members and reviews of internal documents and court filings suggest a culture of reprisal as well as racism and sexism within the state’s military department, Stars and Stripes has found.

People who told Stars and Stripes that they were victims of the reprisals include a retired Special Forces commander, a military prosecutor, a retired colonel who interviewed to lead the California Guard and former equal employment specialists.

Supporters of the new bill, which was scheduled for discussion at a committee hearing Tuesday, would require the IG to investigate all complaints of malfeasance and illegality. They say it’s necessary to remove the IG from under Adjutant General Maj. Gen. David Baldwin’s oversight because guardsmen fear retaliation if they report wrongdoing.

Often, they say, that retaliation comes in the form of an investigation into the complainant, not the alleged wrongdoer.

“Each retaliation situation — they all fit a pattern,” said Dwight Stirling, head of the Center for Law and Military Policy and a reserve judge advocate who claims he was the subject of retaliation for reporting what he believed was misconduct in 2014. “A member of the military who is well-regarded makes a report and their career then will take a downward spiral.”

Like others, Stirling said he’s seen several instances of such retaliation, usually done in secret to keep the whistleblower in the dark as long as possible.

“What you have in the CalGuard is a culture of fear,” he said in a phone interview last month. “Should [someone] speak up, they will pay a price for it.”

Lt. Col. Tom Keegan, a California Guard spokesman, was unavailable for comment on Tuesday but last week said he was looking into some reprisal allegations after a Stars and Stripes inquiry.

The state IG only investigates claims related to civilian employees and troops on state active duty orders, said an analysis of the proposed bill by the state’s Veterans Affairs committee. Removing the IG from the state’s military chain of command could undermine the adjutant general’s authority, it said.

‘They circle the wagons’

In written testimony in support of the bill, Connie Wong, a former major in the California Air National Guard, said the reprisals have “ruined lives.”

In 2016, the California Guard settled with Wong over a lawsuit in which she alleged that officials had released private information about her to the media after she had complained about mishandled equal opportunity and sexual assault claims.

She was one of several whistleblowers who testified against Baldwin in a February 2012 senate hearing to consider his appointment as commander of the California Military Department.

He had led the department in an acting capacity since April 2011, after his two immediate predecessors were removed after investigations found they had accepted improper payments.

Baldwin’s mandate from the governor was to reform the culture, he told lawmakers at a 2012 hearing, touting his efforts to replace “virtually every key leader” and improve diversity among unit commanders.

But his handling of one reprisal complaint discussed by a witness at the hearing quickly led a labor union to withdraw its support for him.

Baldwin told lawmakers he had asked the Laborers International Union of North America to review the matter, but when the union sought cooperation from his staff, they got very little, said Ben Banchs, business manager for the labor organization, which represents servicemembers who also serve as civilian technicians in the Guard in 10 states and Guam.

Banchs’ review found evidence to support the servicemember’s claim that the Guard had failed to protect her from discriminatory retaliation after she complained of mistreatment.

“If they really wanted to, they could clean house,” Banchs said. “But they don’t … they circle the wagons.”

In the months after Baldwin was confirmed, a Bay Area NBC News affiliate began investigating allegations of other mishandled complaints and reprisal, some of which were documented in a May 2011 investigation conducted by equal employment opportunity managers flown in from Oklahoma and Utah.

The investigation, led by Ron Petty, an Oklahoma EEO manager and chief warrant officer at the time, was made public in court filings in December as part of a lawsuit filed by Grace Contreras, a former civilian EEO specialist who claims she was reprised against after Petty interviewed her.

Petty wrote to the court he was not allowed to complete the inquiry because the California Guard and the National Guard Bureau didn’t like what he had found, which included allegations that California Guard officials used bullying and intimidation to discourage complaints and routinely ordered mental health evaluations of servicemembers who filed complaints.

“Sexual harassment and hostile work environment is commonplace” and “racial tensions” were high, Petty wrote in his report.

Among the allegations: several people filed EEO complaints after a white soldier was promoted and named soldier of the month shortly after calling a black soldier the N-word during a public argument; a few months later, a black Guard member in charge of an office snack bar opened the money jar to find dollar bills with the N-word written on them; and a colonel and his female staff members dressed as a Catholic priest and nuns performed a raunchy skit at a retirement luncheon.

California Guard employees “have serious trust issues with management, and they do not believe anyone when they are told things will improve,” Petty wrote.

It’s unclear how much things have improved in the seven years since.

Earlier this month, three high-ranking officers were fired from their leadership positions in the wake of a Los Angeles Times investigation. The report detailed whistleblower complaints and allegations that officials covered up an incident in which someone urinated in a female Guard member’s boots.

Retired Col. John Haramalis, legislative director for the California National Guard Association and an author of the proposed legislation introduced by Democrat state Sen. Tom Umberg, a retired Army colonel, told the Los Angeles Times that in four of the last five years, the number of complaints reported to the nonprofit veterans group has increased or remained the same, averaging more than six a year recently.

As a member of the California Guard, Haramalis had unsuccessfully sued the California Military Department over claims that Baldwin improperly prevented him from transferring to the Arizona National Guard to get promoted.

In an interview with Stars and Stripes last month, Haramalis said Umberg’s bill would help prevent what he alleged were efforts to cover up complaints with investigations that selectively review information to reach a desired conclusion.

“They already know how it’s going to turn out, it’s a question of how to get it there,” he said.

The bill also includes a provision to allow servicemembers to sue the state for damages from reprisals by military officers, meant to help give teeth to whistleblower protections, he said.

“It’s a culture of impunity,” Haramalis said of the current situation.