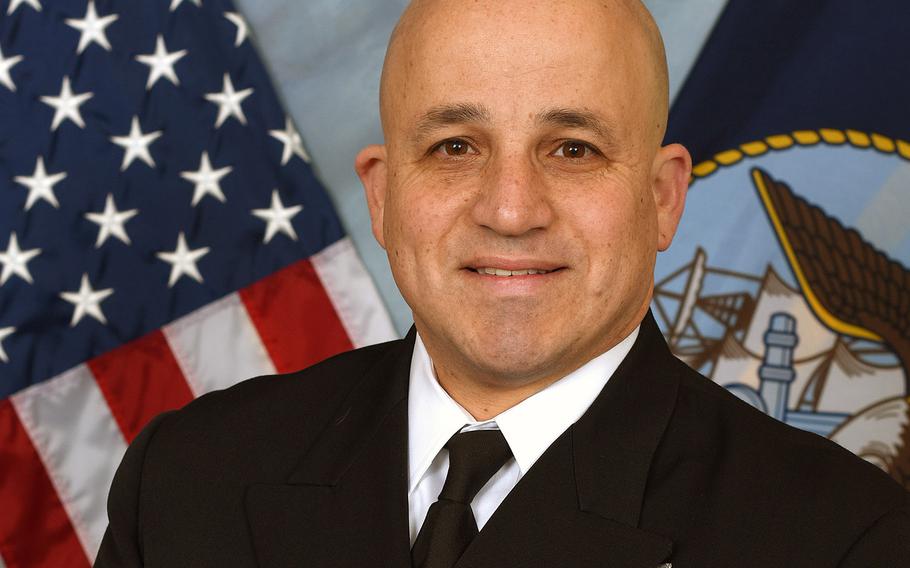 “After a thorough and deliberate review process, I am confident that Fleet Master Chief Smith is the right leader to be our Master Chief Petty Officer of the Navy,” Chief of Naval Operations Adm. John Richardson said in a statement. “I look forward to working with him to advocate for our (sailors) and their families selflessly serving around the world.”

Smith’s selection comes following the announced retirement of Steven Giordano as the Navy’s top enlisted leader in June, amid allegations that he fostered a hostile work environment in his office. The Navy said Wednesday that an investigation by the inspector general into the allegations against Giordano is ongoing.

Smith becomes the Navy’s 15th master chief petty officer of the Navy. He had been acting in that role since June, following Giordano’s exit.

Richardson made the announcement from the Washington Navy Yard, alongside Smith and several chief-selects in their physical training uniforms.

“I am humbled and awed and even though I had a couple of minutes heads up, I’m still a bit speechless,” Smith said in a video post on the Navy’s Facebook page.

“Frankly, I can’t imagine how tough the choice was because of the quality of the master chiefs we have in our Navy, and I’m just excited to take this advocacy for sailors and all of us to the next level. So thank you, sir, for this great opportunity and I won’t let you down.”

Richardson went on to praise Smith as someone who embodies “professionalism, expertise and humility and leadership.”

Smith takes over the post officially after working as fleet master chief for manpower, personnel, training and education, according to his Navy biography. Prior to that, he served as command master chief aboard the destroyer USS Momsen.

He joined the Navy in 1988 and began his career as an airman, later becoming a weapons technician and an intelligence specialist. His sea duty assignments have included SEAL Team 4 and the aircraft carriers USS Enterprise, USS Carl Vinson and USS Abraham Lincoln.

Ashore, Smith’s duty included a tour at the U.S. defense attache office in Moscow and another as command master chief at the office of naval intelligence.